Samsung Galaxy M53 5G review: Good enough to stand out from the crowd? When it comes to smartphones and pricing, everyone has an opinion. X brand is overpriced, why will someone pay Rs 30,000 for phones from Y, you get the point. One brand that typically gets accused of ‘overpricing’ its phones is Samsung. But this ‘increased pricing’ is something that is taking place across the board in India’s smartphone market. In fact, as the latest report from data firm IDC shows, supplies are tight for the low-end segment, and there’s rising inflation leading to increased prices for devices.

So where does the Galaxy M53 5G fit in here? Well, this is a phone priced at Rs 26,499 and aimed at a user who does not mind paying that extra premium but expects a good camera, display, and performance. And on paper, the Galaxy M53 has all the right specifications; a 108MP camera, MediaTek’s Dimensity 900 chipset and a 120Hz display. But is all of this enough to justify the price? Let’s take a look.

What I appreciate about the Samsung Galaxy M53 at first glance is its slim profile. Yes, at 6.7-inches this is a rather tall phone, which might be off-putting for some users, but it is not bulky. But the phone’s design is not something that moves the needle very much and is boring. The polycarbonate back has a glossy finish, and it gets dirty very easily. A cover is a must for this device since it is a bit slippery. There’s no headphone jack here, the camera island is now a square shape, compared to last year’s rectangular one on the M52 5G. I have the green colour variant for review, which is not bad, but then nothing extraordinary either.

The Galaxy M53 does play to Samsung’s strengths in the display department, at least. It has a 6.7-inch full HD+ AMOLED display and this is one screen which will keep most users happy. It is legible in bright sunlight, if you are using this to watch shows on apps such as Netflix or Amazon Prime Video, you will be happy. Even games like Genshin Impact and Alto’s Odyssey look very good on this big screen. The display comes with a 120 Hz refresh rate, but no dynamic refresh rate. (Image Source: The Indian Express/ Shruti Dhapola)

The display comes with a 120 Hz refresh rate, but you can keep it to 60 Hz as well. There’s no dynamic refresh rate support here. What is unimpressive is the audio profile though. At this price point, one expects more on the audio front.

The phone runs a 5G-enabled MediaTek Dimensity 900 chipset. There is a 6GB or 8GB RAM option with 128GB storage. I have the 6GB RAM option for review. Given the chipset, I did not expect any major performance issues here, and the M53 lived up to the expectations. It does get warm when you are running a game such as Genshin Impact for a long time, but otherwise, it handles everything else smoothly, be it gaming or your regular tasks. There were a few moments where I noticed a lag, especially when taking photos in Night mode. Still, at this price point, any major drop in performance would not be acceptable. The phone does get warm when you are running a game such as Genshin Impact for a long time. (Image Source: The Indian Express/ Shruti Dhapola)

The phone runs One UI 4.0 based on Android 12. Samsung continues to pre-load many unnecessary apps such as Bjyus, MX TakaTak, etc, which is annoying as ever. But then it is not the only player guilty of doing this.

The Galaxy M53 5G gets a 5000mAh battery, which should give a day’s worth even with heavy-duty usage. Remember there is no charger in the box, though it supports 25W fast charging. I used a 22.5W charger with this and it took close to 2 hours to get to 100 per cent.

Samsung has upgraded the camera this time to 108MP compared to the 64MP from last year’s M52. The main camera delivers sharp, detailed images when used outdoors. The colours as always a bit more saturated, but the details are nicely preserved. The pictures are pleasing for most parts when taken in a well light environment. Samsung has upgraded the camera this time to 108MP compared to the 64MP from last year’s M52. (Image Source: The Indian Express/ Shruti Dhapola)

Where the Galaxy M53 did not fare so well in my experience was the Night mode. It took a few shots for the camera to get the focus right when I tried taking a picture in a low-light and slightly challenging environment. Also with photos taken indoors of people, the skin tone is not quite right. Even with selfies, I felt the camera was just softening the details too much, even when I turned the beauty mode off.

Check out my camera samples by clicking on the image below. 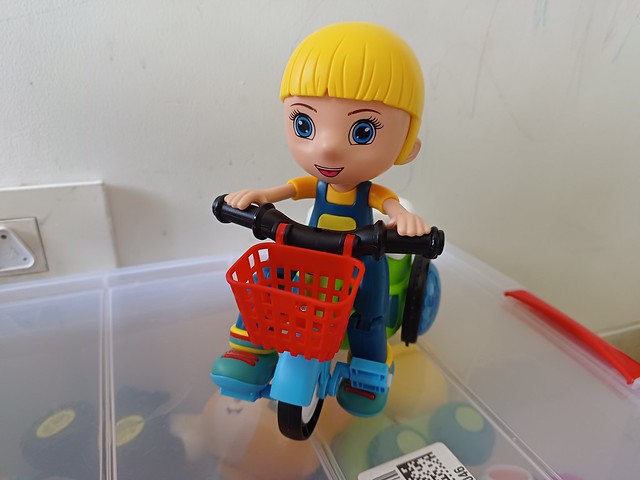 The Galaxy M53 5G is a device that delivers on most of its promises. The display, the performance, and the camera are all acceptable. But given the price at which it is operating, nothing here really stands out. The competition has cameras with similar specifications and many of them do perform better than Galaxy M53 and are available at a lower price.

This is not to say the Galaxy M53’s camera is terrible, but rather that as a reviewer you are still looking for that one stand out point. At this particular price point (Rs 25,000 to Rs 30,000), Samsung faces competition from the Xiaomi 11i Hypercharge which comes with 120W fast charging, and the V23 series, which has a more stylish design to name just two. There’s also the Galaxy A53 5G which costs Rs 32,999 and might seem like a better pick given the design and overall experience. The problem for the Galaxy M53 5G is that competition seems to be a tad more appealing.

TikTok is gearing up for games, including interactive minigames for TikTok LIVE

Woolworths to expand e-commerce offering with 80% stake in MyDeal