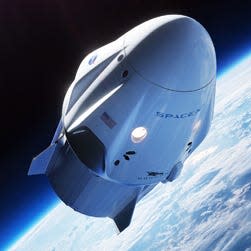 Russia destroyed a satellite on Monday, launching debris into space that allegedly endangered astronauts in the International Space Station and evoked a fierce debate between representatives in D.C. and Moscow.

The International Space Station Flight Control team was notified of indications of the satellite breakup, which said it could create sufficient debris and pose a threat to the station, according to NASA.

“Due to the debris generated by the destructive Russian Anti-Satellite test, ISS astronauts and cosmonauts undertook emergency procedures for safety,” NASA Administrator Bill Nelson said in a statement.

The crew was awakened and directed to close certain hatches, and crew members took shelter in their spacecraft shortly before 2 a.m. EST and remained there until about 4 a.m. as a precautionary measure, based on a risk assessment made by the debris office and ballistics specialists at NASA’s Johnson Space Center in Houston.

So far, no astronauts have been injured, according to NASA.

“With its long and storied history in human spaceflight, it is unthinkable that Russia would endanger not only the American and international partner astronauts on the ISS, but also their own cosmonauts,” Nelson said in a statement.

A near-Earth encounter: Asteroid the size of a Ferris wheel may be a piece of the moon

Who is on the ISS now?

The other four astronauts, Hei, Chari, Marshburn, Barron, are American.

Hei served as a combat engineer for the U.S. Army and later became a physics professor at West Point. Chari graduated from the U.S. Air Force Academy and U.S. Naval Test Pilot School and also earned a master’s degree in aeronautics and astronautics from Massachusetts Institute of Technology.

Mixed reactions from US and Russia

The incident evoked strong reactions from both representatives in the U.S. and their counterparts in Russia.

U.S. Secretary of State Antony Blinken openly condemned Russia for its actions and said satellites were also now in jeopardy.

The test demonstrates that Russia “despite its claims of opposing the weaponization of outer space, is willing to … imperil the exploration and use of outer space by all nations through its reckless and irresponsible behavior,” Blinken said in a statement.

“I’m outraged by this irresponsible and destabilizing action,” says Nelson. “Their actions are reckless and dangerous, threatening as well the Chinese space station and the taikonauts on board.”

Nelson said the astronauts now face four times greater risk than normal. And that’s based on debris big enough to track, with hundreds of thousands of smaller pieces going undetected, “any one of which can do enormous damage if it hits in the right place.”

“We are going to continue to make very clear that we won’t tolerate this kind of activity,” he told reporters.

Russian officials on Tuesday rejected accusations that they endangered astronauts aboard the International Space Station by conducting a weapons test that created more than 1,500 pieces of space junk.

Russia’s Defense Ministry on Tuesday confirmed carrying out a test and destroying a defunct satellite that has been in orbit since 1982, but insisted that “the U.S. knows for certain that the resulting fragments, in terms of test time and orbital parameters, did not and will not pose a threat to orbital stations, spacecraft and space activities.” It called remarks by U.S. officials “hypocritical.”

Defense Minister Sergei Shoigu said the strike was carried out “with surgical precision” and posed no threat to the space station.

The Russian Space Agency said via Twitter that the astronauts were ordered into their docked capsules, in case they had to make a quick getaway. The agency said the crew was back doing routine operations, and the space station’s commander, Russian Anton Shkaplerov, tweeted: “Friends, everything is regular with us!”

A similar weapons test by China in 2007 also resulted in countless debris. One of those pieces threatened to come dangerously close to the space station last week. While it later was dismissed as a risk, NASA had the station move anyway.

Regarding the current incident, Nelson said in a statement, “NASA will continue monitoring the debris in the coming days and beyond to ensure the safety of our crew in orbit.”

The Associated Press contributed. Michelle Shen is a Money & Tech Digital Reporter for USA TODAY. You can follow her @michelle_shen10 on Twitter.