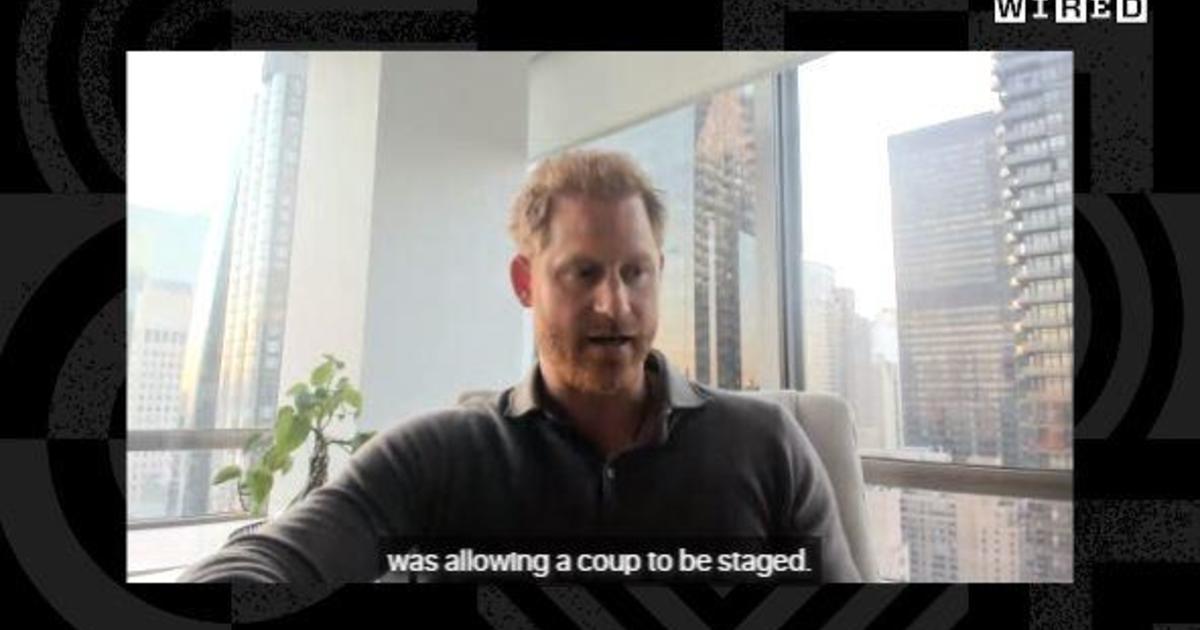 London — Britain’s Prince Harry said on Tuesday that he “warned” Twitter CEO Jack Dorsey in an email exchange on January 5 “that his platform was allowing a coup to be staged,” a day before rioters attacked the U.S. Capitol building in Washington D.C.

“That email was sent the day before, and then it happened and I haven’t heard from him since,” Harry said, speaking as part of a virtual panel discussion for the “RE:WIRED” conference, hosted by WIRED magazine.

A House of Representatives select committee was formed earlier this year to investigate the January 6 attack, which saw thousands of supporters of former President Donald Trump descending on the Capitol as Congress counted electoral votes, a largely ceremonial last step to affirm President Biden’s election victory. The riot led to five deaths and the arrest of hundreds of people.

The Duke of Sussex made his remarks on Tuesday during a panel discussion about the role social media and other media outlets play in the spread of misinformation. He said he’d been affected personally by media’s malign influence through the death of his mother, Princess Diana, who was hounded by Britain’s tabloid press, and the spread of the term “Megxit” to describe the decision he and his wife made to leave the U.K. and their official royal duties.

Harry said it was an online “troll” who coined the phrase, but blamed social media and mass-media outlets for propagating the term, which he said was a misogynistic attack on his wife Meghan, the Duchess of Sussex.

The royal said platforms including Facebook and YouTube were responsible for misleading “billions of people” with misinformation created by a relatively small number of malicious accounts about the COVID-19 pandemic and climate change.

“On Facebook itself, a dozen accounts are responsible for over 65%, I think it is, of total made-up and harmful COVID misinformation,” he charged.

“Worse, they came to the users via the recommendation tool within YouTube’s own algorithm versus anything that the user was actually searching for,” the prince asserted. “It shows really that it can be stopped, but also they didn’t want to stop it because it affects their bottom line.”

When WIRED editor-at-large Steven Levy asked Harry if he’d ever had the opportunity to bring his concerns directly to the heads of the biggest social media platforms, the prince described the email conversation with Twitter’s Dorsey.

“Jack and I were emailing each other prior to January the 6, where I warned him that his platform was allowing a coup to be staged,” he said. (The full “RE:WIRED” conference panel session is available to stream on wired.com.)

In August, the House select committee investigating the January 6 attack demanded records from 15 social media companies, including Facebook and Twitter. Last month, the chair of the committee, Mississippi Democrat Benny Thompson, told “Face the Nation” moderator Margaret Brennan that Facebook was “working with us to provide the necessary information we requested.”

In March, CEOs from Facebook, Twitter and Google faced scrutiny from both Democratic and Republican House lawmakers over the spread of misinformation. Democratic Congressman Frank Pallone Jr., chair of the House Energy and Commerce Committee (ECC), said that Facebook, Twitter, and Google had “played a role in fomenting insurrection” at the Capitol, accusing the services of handing a “megaphone” to extremists.

“Your business model itself has become the problem and the time for self-regulation is over,” Pallone Jr. said. “It’s time we legislate and hold you accountable, and that is what we are going to do.”

Tucker Reals is the CBSNews.com foreign editor, based at the CBS News London bureau.