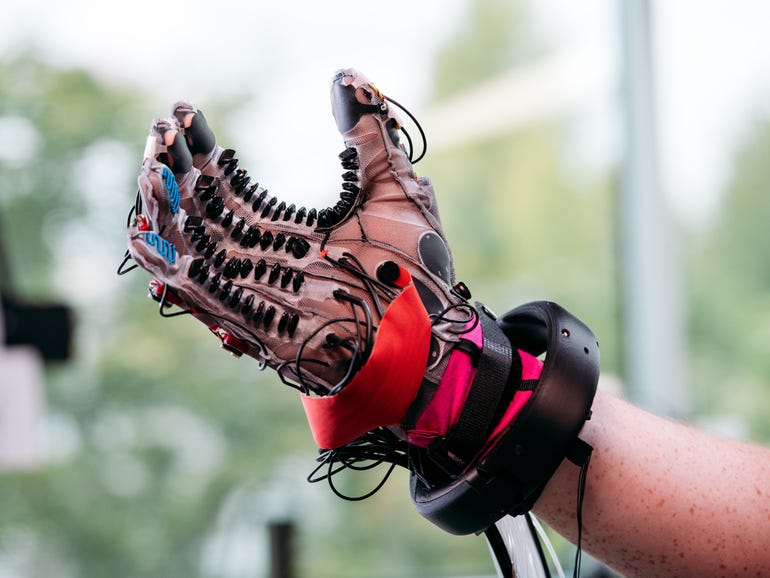 Meta, formerly Facebook, on Tuesday showcased a prototype haptic glove designed for AR/VR that it has been developing for the past seven years.

The prototype tech is essentially a glove that can reproduce a range of sensations in virtual worlds, including texture, pressure, and vibration.

All work put into the tech has so far been conducted at Meta’s Reality Labs division, with Reality Labs director Sean Keller saying in a blog post that he hopes the tech can one day lessen the gap between the real and virtual world.

“We use our hands to communicate with others, to learn about the world, and to take action within it. We can take advantage of a lifetime of motor learning if we can bring full hand presence into AR and VR. People could touch, feel, and manipulate virtual objects just like real objects — all without having to learn a new way of interacting with the world,” he said.

The way the haptic glove works is it is lined with inflatable, plastic tiny motors called actuators. These motors are placed all over the glove and move in response to certain actions being made in a virtual context. This is done through using microfluidics to push air into the actuators.

Facebook hopes these actuators will one day be able to work alongside hand-tracking technology on the glove that allow a computer to know precisely where a wearer’s hand is in a virtual scene, if they are in contact with a virtual object, and how their hand is interacting with the object.

In AR/VR use cases, Meta envisions the glove would act as a controller and provide haptic feedback for a corresponding sensation experienced in a virtual world. For example, a fully developed haptic glove would try to convince the wearer that they are feeling an object’s weight by gently pulling on the skin of the wearer’s fingers with the actuators to mimic the tug of gravity on a held object in real time.

Meta is still a long way from creating a commercialised version of the haptic glove, however, as it is still developing the microfluidic processor that would power the actuators and hand-tracking technology. It’s also still figuring out how to create realistic haptic interactions consistently, and how to make the glove fit well for all users.

“Some of the technologies needed to deliver believable haptic experiences in virtual and augmented reality don’t exist yet,” Keller said.

“When we started the haptic glove project, we asked ourselves whether we could build a mass-producible, affordable consumer device that lets people experience any tangible interface anywhere.

“We couldn’t do it — not without inventing new materials, new sensors and actuators, new methods of integration and systems, new rendering algorithms, new physics engines, the list goes on. It just wasn’t possible, but we’ve forged a path that is plausible and could allow us to get there.”