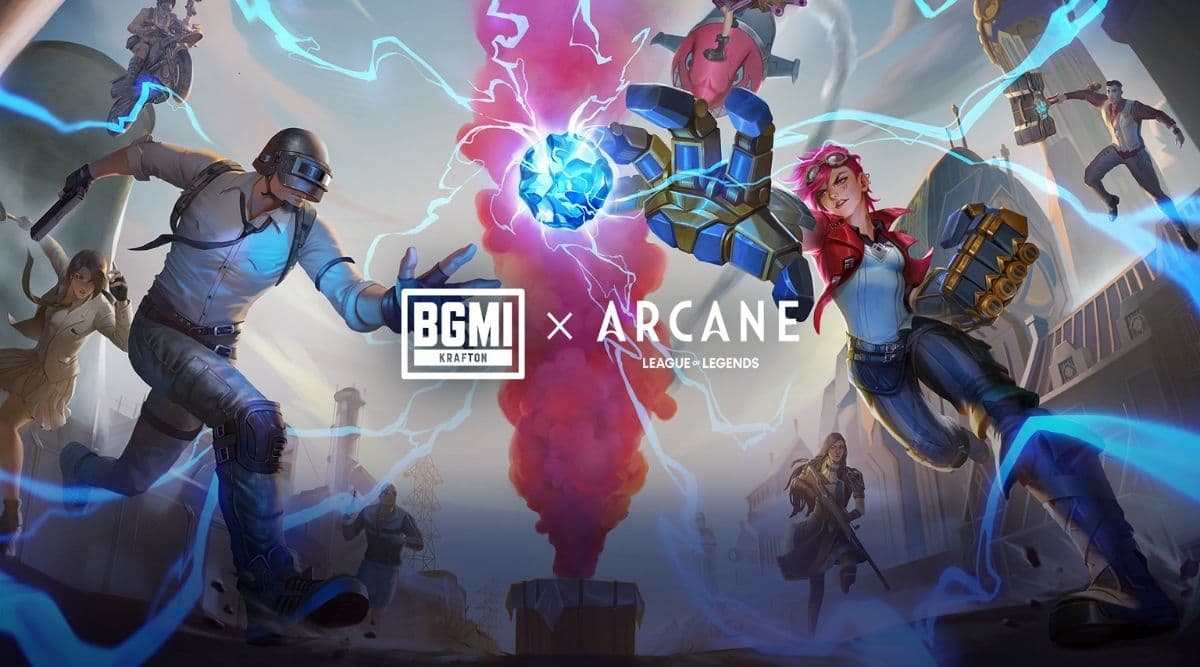 In celebration of the new ‘League of Legends’ anime on Netflix – ‘Arcane,’ Krafton and Riot Games have announced a partnership to bring the magic of Runeterra to Battlegrounds Mobile India. The crossover event will add new characters, items, locations, and game modes from the series, as part of the BGMI version 1.7 update.

As part of the event, players will be introduced to the Mirror World, a derivative of Arcane, where you can transform into one of the lead characters – Vi, Jynx, Jayce, or Caitlyn. Accordingly, players will also be equipped with their distinct set of weapons and special abilities. If needed, you can change your character(s) by accessing the Transform Device on the island.

In-game items, namely “Hextech Crystals” will be found scattered throughout the map, and can be used to purchase special stock from the Dynahex Supply Shop. The update will also feature monsters from the show, who upon elimination drop large quantities of crystals.

“In each game update, BGMI provides new, interesting, and engaging content to its players, through partnerships with key entertainment properties in movies and gaming as well as collaborations with musicians, celebrities, and more”, the company said in a press statement.

“This is the first partnership between BGMI and Riot Games and will also bring new game areas and gameplay modes inspired by Arcane to the world of BGMI,” it added.

Additionally, BGMI 1.7 will include a new Piggyback function, where players will be able to carry their knocked down teammates or enemies on their backs. However, this feature will leave you vulnerable, owing to reduced movement speed and not being able to fire any weapons.

Quite recently, Krafton also announced a new Asia-specific game – ‘PUBG Mobile Asian Games Version’, that will have its own esports medal event at the 2022 Asian Games. Indian players, who had been playing Battlegrounds Mobile India will also be able to qualify for the grand tournament in Hangzhou China.

Battleground Mobile India is now available to play on Android and iOS devices.