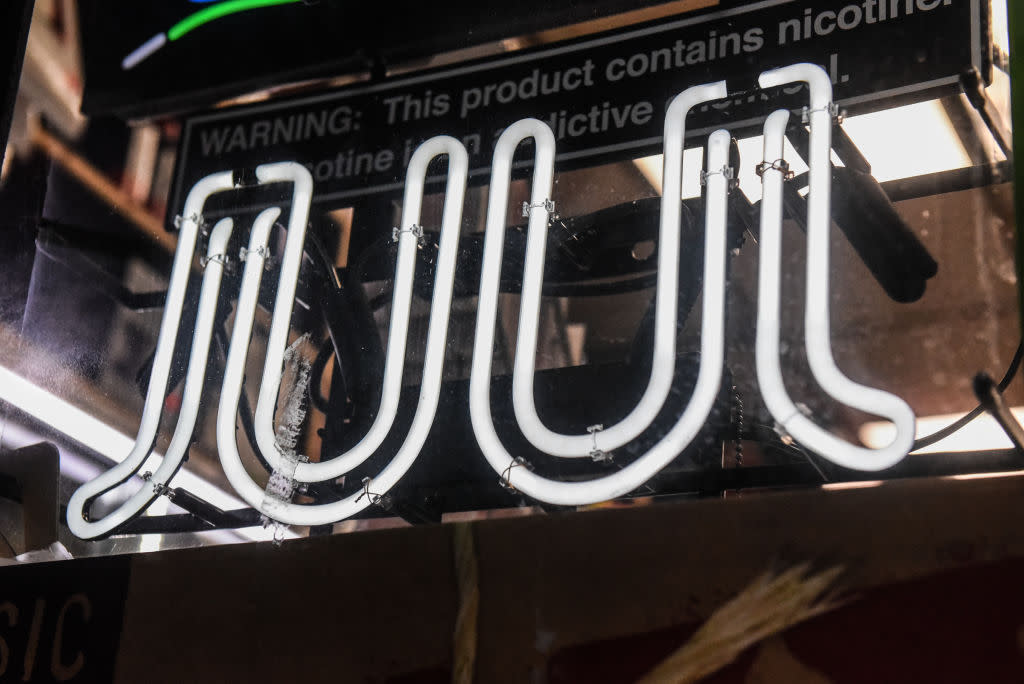 Juul, the e-cigarette company that took the U.S. by storm five years ago — and which was valued at its peak at $38 billion — is about to get kicked out of the country, according to the WSJ. Per the outlet’s report earlier today, the Food & Drug Administration could announce as early as today that the San Francisco-based outfit is no longer allowed to sell its products in the U.S.

The “marketing denial order,” writes the WSJ, would follow a nearly two-year review of data presented by Juul, which in 2019 said it was suspending of all print, broadcast and digital advertising in the United States after parents around the country complained that their children were becoming exposed to — and addicted to — Juul’s products.

The company also agreed to stop selling its sweetly flavored e-liquid pods, including its fruit, creme, mango and cucumber flavors.

Since that time, Juul — which sold a 35% stake in its business to tobacco giant Altria in 2018 for $12.8 billion — has spent millions of dollars to lobby the federal government in the hopes of continuing to sell its tobacco- and menthol-flavored products on the U.S. market.

According to a New York Times report last summer, Juul also submitted a 125,000-page application to the agency; shelled out $40 million to settle just one lawsuit; and paid $51,000 to have the entire May/June 2021 issue of the American Journal of Health Behavior devoted to 11 studies that were funded by the company and aimed to show that Juul products help smokers quit traditional cigarettes.

Juul, which was facing thousands of lawsuits until they were combined into multi-district litigation overseen by a single federal judge, also agreed to pay $22.5 million in April to settle a lawsuit brought by Washington state that alleged the company intentionally targeted teenagers with its products and deceiving consumers about the addictiveness of its products.

As reported at the time, under the terms of the settlement, Juul admitted no wrongdoing or liability, saying it settled “for the purpose of compromising” and to avoid further litigation (litigation that could hamper the headway it hoped to make with the FDA.)

Evidently, all that effort was a little too little and came too late, even while the FDA will apparently allow Juul’s biggest rivals, Reynolds American and NJOY Holdings to keep selling their own tobacco-flavored e-cigarettes on the market.

Assuming its days in the U.S. are over, the chapter bookends an incredible ride for the now seven-year-old company, which had easily won upwards of 75% of the e-cigarette market in the U.S. by its third year in business, thanks in large part to the sleek design of its nicotine vaporizer.

Indeed, in 2018, it was reportedly on track to see at least $1 billion in revenue and had the backing of deep-pocketed investors, including Tiger Global and Fidelity Investments, money it planned to spend internationally to capture the roughly billion smokers who live outside of the U.S.

The FDA, led at the time by then-Commissioner Scott Gottlieb — who is also a physician and VC — would derail those plans. On Gottlieb’s watch, the FDA spoke religiously about the year-over-year use of vaping pens by high schoolers, as well as a smaller but alarming percentage of middle-school-age children who’d begun vaping.

Juul initially pushed back on the data. At an event hosted by this editor in the fall of 2018 — the only public speaking event where Juul co-founders and former Stanford design students Adam Bowen and James Monsees have appeared together — the two were still arguing the benefits of Juul’s flavored vaping pods, saying they made it easier for smokers to switch to their product and “reduced harm.”

At the time, removing flavors was “certainly on the table,” Monsees offered. But he continued on to say that “we have not seen evidence that there’s causation necessarily for flavors being a lead-in for underage consumers. Cigarettes have been a major problem for underage consumers for some time. What we do see strong evidence of internally is a much stronger correlation for adult consumers staying away from cigarettes as they move further from everything that reminds them of cigarettes in the first place, which includes the taste of cigarettes.”

It took another 13 months for Juul to suspend the sales of those flavored products.

Monsees and Bowen first presented their product design thesis on the “future of smoking” at Stanford in 2004. In 2007, the graduates founded Ploom, a vaporizer that became a sleek way to consume cannabis. The company, which later came Pax Labs, later sold the rights to that Ploom product to an investor in the company, Japan Tobacco International, and it began to focus on the Juul e-cigarette, spinning Juul Labs out as its own company in 2017.

Juul spoke publicly from the start about the health benefits of switching from combustible cigarettes to e-cigarettes, but according to physicians and researchers, while vaping is less harmful than smoking, it is equally addictive and unknowns abound.

For example, data suggests links to chronic lung disease and asthma, as well as associations between dual use of e-cigarettes and smoking with cardiovascular disease, says Michael Blaha, M.D., M.P.H., director of clinical research at the Johns Hopkins Ciccarone Center for the Prevention of Heart Disease in an online explainer hosted by the medical center.

With vaping, he adds, “You’re exposing yourself to all kinds of chemicals that we don’t yet understand and that are probably not safe.”

It isn’t clear how much success Juul has enjoyed overseas. Juul’s sales in China were halted just days after its launch inside the country in 2019. During the pandemic, Juul also reportedly planned to significantly shrink its European presence and stop selling in Austria, Belgium, Portugal, France, and Spain, according to BuzzFeed News. Europe, as BuzzFeed noted at the time, also has stringent e-cigarette regulations, including more aggressive nicotine limits than in the U.S.

Should the FDA order Juul to remove its products from the U.S. market as expected, the company still has some options, notes the WSJ. It could “pursue an appeal through the FDA, challenge the decision in court or file a revised application for its products.”