Infrastructure bill mandates action on seatback safety in wake of child deaths: “I don’t want her to die in vain” 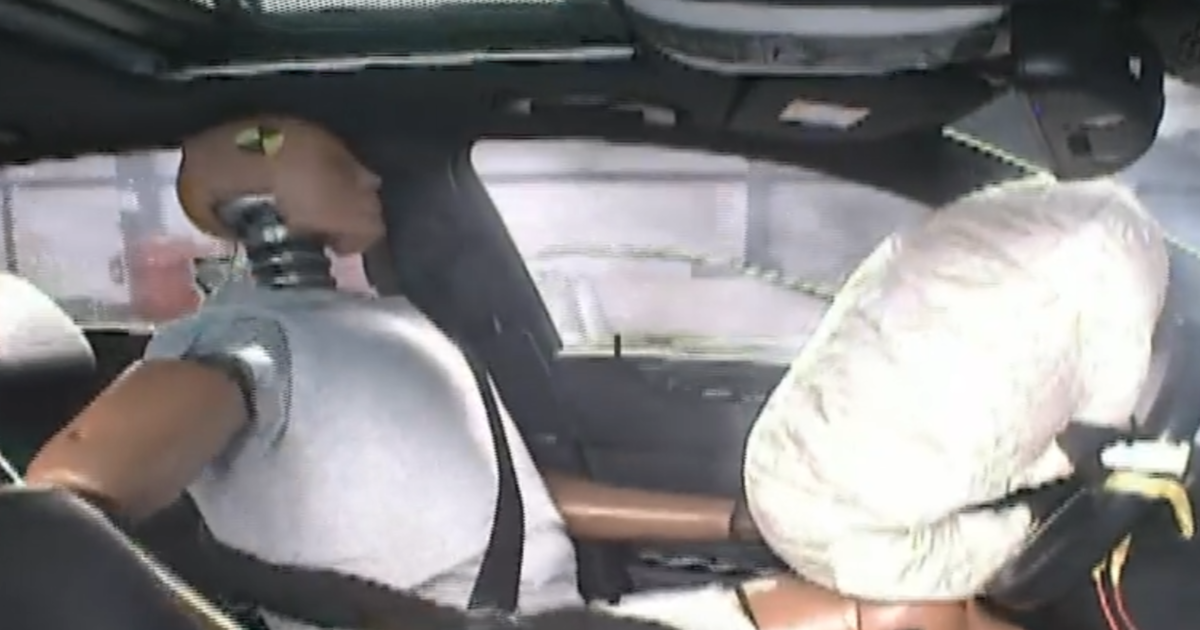 A six-year CBS News Investigation prompted an auto-safety reform that was included in the infrastructure bill President Biden signed Monday.

CBS News exposed a federal safety standard created in 1967 that leaves vehicle front seats susceptible to collapsing in rear-end crashes. Under the new legislation, the National Highway Traffic Safety Administration (NHTSA) will have two years to upgrade the federal seat strength standard in an effort to protect children sitting in the back seats of vehicles.

In 2015, CBS News did a story on 16-month old Taylor Warner, who had just started walking, when a ride in the family minivan turned deadly. The Warners were rear-ended while at a stop sign. The force of the crash caused her father Andy’s seat to collapse backward, colliding with Taylor who was strapped in her car seat.

Sunday marked 11 years since the accident, and her parents Liz and Andy went to her grave to reflect on how this year is finally different.

“When we spoke to you in 2015, we hadn’t really known where this was going to go,” Liz said. “Just thinking every day I get in the car, what if this happens again? What if we lose another child until this can change.”

The newly signed infrastructure bill mandates change inspired by the tragedy that befell the Warners and dozens of other families identified by CBS News. CBS News found over 100 cases of children being seriously injured or killed in these types of accidents. Safety experts now estimate around 50 children die every year as a result of seatback collapses.

“You always second guess yourself as being the person that was in that seat,” Andy said. “So I think knowing that legislation is being passed helps take some of that weight off my shoulders.”

In the course of our investigation, CBS News found crash test after crash test showing what can happen when a seat collapses – the driver is launched into the back seat, where children are often seated.

Yet reporting also revealed that all the seats that failed in these types of rear-end collisions met or exceeded the half-century-old federal strength standard. We discovered, in our own independent testing six years ago, even a banquet chair could pass the only test required for the standard – putting a brace across a seat, attaching it to a winch and pulling.

In the early 90’s, the NHTSA’s own researchers warned the agency about seatback collapses, citing examples of major or fatal injuries.

And carmakers have long known it’s an issue. During a 1996 deposition, a General Motors engineer said the automaker started tying down its test dummies because they were “expensive” and the chances of losing them “were pretty high.” Another deposition with a GM engineer revealed that the cost to fix the problem was “on the order of a dollar or so” per seat.

Longtime crash investigator Ken Saczalski has been trying to change the standard since 1989 when he sent his first letter to NHTSA, detailing the problem. In 1992, Saczalski went on 60 Minutes telling Ed Bradley, “It’s an inadequate standard. It’s flawed as far as I’m concerned.”

In 2015, Van Cleave spoke to Saczalski again, who said, “It’s basically the same today as it was then. It’s a worthless standard.”

Now, after President Biden signed the $1 trillion Infrastructure Bill, Saczalski says he is optimistic the problem will finally be resolved – three decades after he began fighting for it.

“After all the delay that we’ve had, I just never thought I’d get to the point where I could see someone actually get a recommendation through that might help save a lot of lives of kids that are needlessly lost,” Saczalski said. “I think it’s the footprint that’s going to lead us to safer vehicle transportation.”

The success of the bill came down to the efforts in Congress to push it through. After our first story aired in 2015, Massachusetts Sen. Ed Markey took action — first demanding answers from automakers about the frequency of these types of accidents then introducing legislation to fix the problem.

“CBS [News] and the families put the spotlight on this critical issue. Now it’s time for NHTSA to respond,” Markey said of the signing of the bill. “I am now going to apply the most pressure that is politically possible on NHTSA to act and to act quickly in order to give families, parents the assurance that they, and the front seats of the cars they’re in, aren’t going to be used as projectiles to kill their own children in the backseats.”

In the House, Rep. Kathleen Rice of New York sponsored the bill. “I fought to include this provision in the bipartisan infrastructure bill because it will help save lives,” she said. “Far too many families have suffered tragedies because of inadequate seatback safety standards. It’s past time we put these tragedies to an end.”

Regulators now have two years to draft a new strength standard, pending approval by the Secretary of Transportation.

“Safety is NHTSA’s top priority and the Bipartisan Infrastructure Deal provides NHTSA a historic opportunity to make dramatic improvements in highway safety. The Bipartisan Infrastructure Deal includes numerous directives to the agency related to vehicle safety, including the one on seat back strength, and NHTSA will work to meet its Congressional mandates,” an NHTSA spokesperson told CBS News in a statement.

As Andy and Liz Warner are remembering Taylor 11 years after her death, they’re finding a moment of peace amid their heartbreak.

“We still miss her every day, but we know that her life meant something,” Liz tearfully told us. “We love her and we’re very proud of her and thank her for what she’s doing to help others in the future.”

“It makes her a hero,” Andy said, “And it makes me proud to be her dad because she’s making change even though she’s not physically around.”