Ghislaine Maxwell’s security adviser speaks out: “She was the most hunted lady in the U.S., in the world” 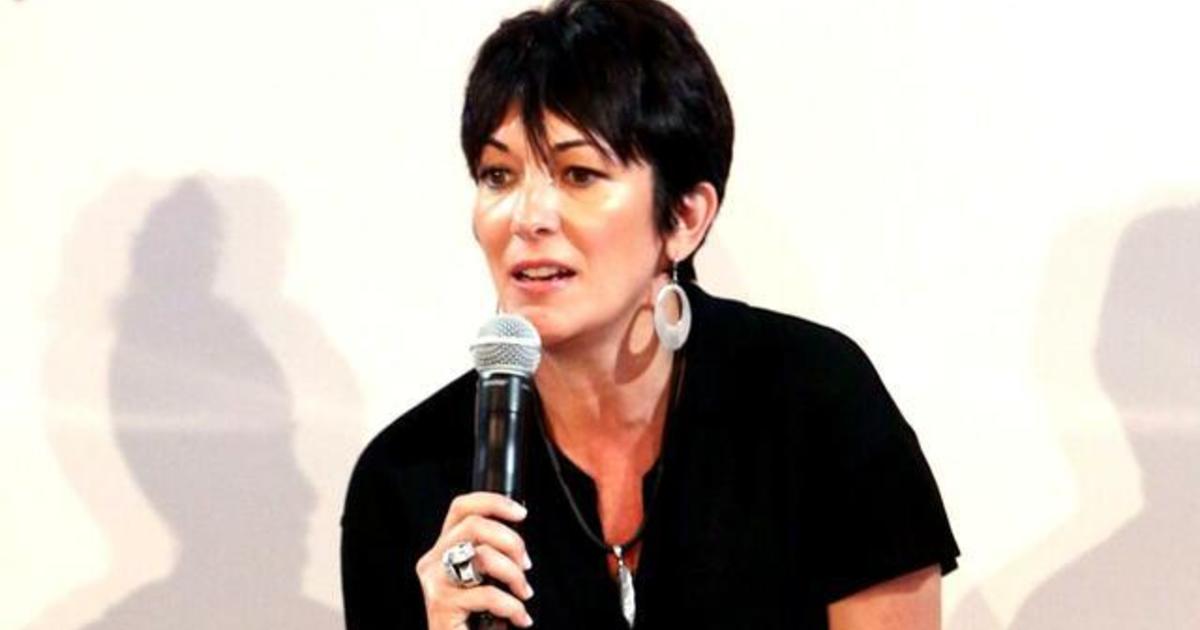 In the months leading up to Ghislaine Maxwell’s 2020 indictment, nobody seemed to know where she was.

“We never stay in one place for any length of time,” Maxwell’s security adviser, Matt Hellyer, said.

He helped the socialite keep a low profile and is speaking about his experience in an upcoming docuseries exclusively for Paramount+ — produced by CBS’ “See It Now” studios and Fremantle.

Hellyer and Maxwell’s family were interviewed by the executive consultant for the series, Daphne Barak. Hellyer has never spoken on television before about Maxwell.

“It took minutes for someone to recognize her, take a photo and send it to the press. And we had to make her disappear again,” Hellyer said.

At one point, Maxwell was thought to be in France with her brother, Kevin. Hellyer admitted that it was a decoy.

“So, we put two people that look similar to Ghislaine and Kevin in the public eye in a well-known street in Paris,” Hellyer said.

“We thought it was a bit of an overkill. It was more like Hollywood than real life,” Hellyer said.

Maxwell was arrested and charged with being part of Jeffrey Epstein’s alleged “sex trafficking conspiracy.” She is accused of helping him “recruit, groom, and ultimately abuse” underage girls. She is also accused of sometimes participating in the alleged abuse herself. She denies any involvement and has pleaded not guilty. Prospective jurors will be questioned by a federal judge on Tuesday morning in Manhattan.

“The picture that is painted of my sister is 1,000 degrees away from the person that I know,” said Isabel Maxwell, Ghislaine’s older sister. “She is innocent, and she has our love and support.”

“I’m extremely relieved that neither of my parents are alive to see it, because they would have been profoundly shocked,” said Ian Maxwell, Ghislaine’s older brother.

He has his own questions for his sister’s accusers. “Can you look me in the eye and tell me honestly that Ghislaine Maxwell was responsible for your abuse? Or was it Jeffrey Epstein really who should be here, not my sister?” he said.

“When you read Ghislaine Maxwell says she had no involvement in this, what’s your reaction to that?” CBS News senior culture correspondent Anthony Mason asked her.

“I think it’s disgraceful and these people are going to burn in hell,” Ransome said. “Ghislaine was Jeffrey’s right hand — like the lieutenant of the whole pyramid. She made sure we all stayed in line and when we were called to his bedroom, we went.”

Maria Farmer has accused Epstein and Maxwell of assaulting her in a separate civil suit. Farmer told Mason that she hates Maxwell “way more” than Epstein because Maxwell is a woman and she “fed women to him.”

In 2019, she told CBS News she witnessed Maxwell recruiting for Epstein.

“She went to places like Central Park. I was with her a couple times in the car. She would say, ‘Stop the car!’ And she would dash out,” Farmer said.

Ransome and Farmer are not part of the government’s case against Maxwell. Since her arrest in 2020, Maxwell has found little public support. Former President Donald Trump was one of the few to offer any sympathy.

“I can’t think of anybody other than Ghislaine’s friends and family who are wishing Ghislaine well right now. That’s not the narrative. So, for the President of the United States to stand up when asked a question and to wish her well that was surprising and personally, I was grateful,” Ian Maxwell said.

Ian Maxwell added that his sister became the government’s target only after Epstein died in prison.

“They lost him and so there has to be somebody to pay the price. There has to be the patsy. Ghislaine is paying that price and she’s paying it every day. She’s now spent more time in jail than Jeffrey Epstein spent himself in jail. Now how can that be correct?” Ian said.

Ian told CBS News he only met Epstein one time in the ’90s. He said his sister kept her private life private — he was also surprised to learn that she quietly married in 2016.