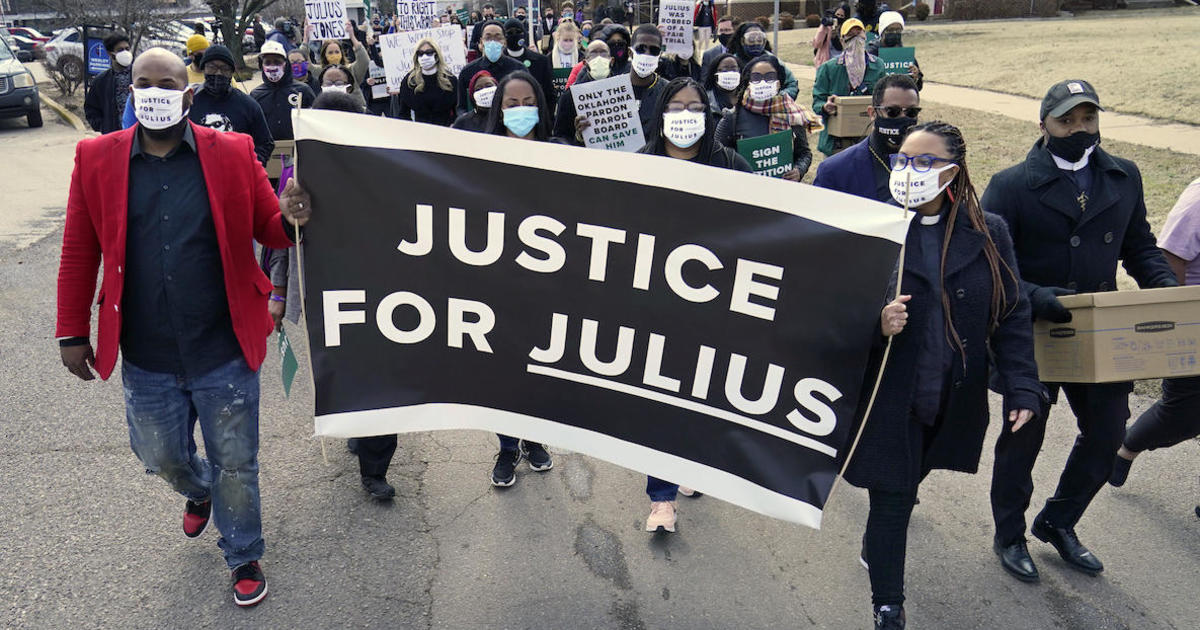 Celebrities, professional athletes, and activists are pleading with Oklahoma’s governor to grant clemency for death row inmate Julius Jones, whose execution is scheduled for tomorrow.

“This is the cold machinery of the Death Penalty in America,” Kim Kardashian-West wrote in a series of tweets on Tuesday. “My heart breaks for Julius and so many others who have suffered from such tragic miscarriage of justice.”

In 1999, Jones was 19 years old when he was convicted for the murder of businessman Paul Howell, who was shot in the driveway of his parent’s home. Witnesses told police they saw a Black man with a red bandanna and 1 to 2 inches of hair shoot Howell and steal his SUV.

Three days later, Jones was arrested for matching the suspect’s description but his family claims his head was shaved and he was at home during the time of the shooting.

Jones and his family have argued that his death row sentencing only took place because of injustices in the legal system. They allege Jones was not allowed to testify about specific details and witnesses were not cross-examined because of an inexperienced public defender. He has maintained his innocence and said that race played a role in his conviction.

Jones, 41, is scheduled to be executed by lethal injection on Thursday.

Earlier this month, the Oklahoma Pardon and Parole board recommenced clemency for Jones. The final decision regarding his fate now rests in the hands of Governor Kevin Stitt.

Kardashian-West, who has reportedly been in touch with Jones’ family, said they still have hope the governor “will do the right thing.”

“We are all anxiously awaiting a decision from Governor Stitt,” she tweeted.

In 2020, several NBA stars, including Russell Westbrook, Blake Griffin, and Trae Young wrote letters to the governor, urging him to grant clemency for Jones.

Rapper J. Cole said Wednesday that he would call the governor and urge him to spare Jones’ life.

“The evidence that this man is innocent is overwhelming. So much so that the state parole board recommended to the governor that he not be executed,” the rapper tweeted. “With 1 day left of his life, the governor hasn’t acted.”

“OKCPS supports our students’ rights to peaceful assembly and their freedom of expression,” the district said in a statement to CBS affiliate KWTV. “We have worked closely with students and student groups who wished to assembly today so we could provide them with a safe space to express themselves regarding an issue they are passionate about.”

Tori B. Powell is a breaking news reporter at CBS News. Reach her at [email protected]