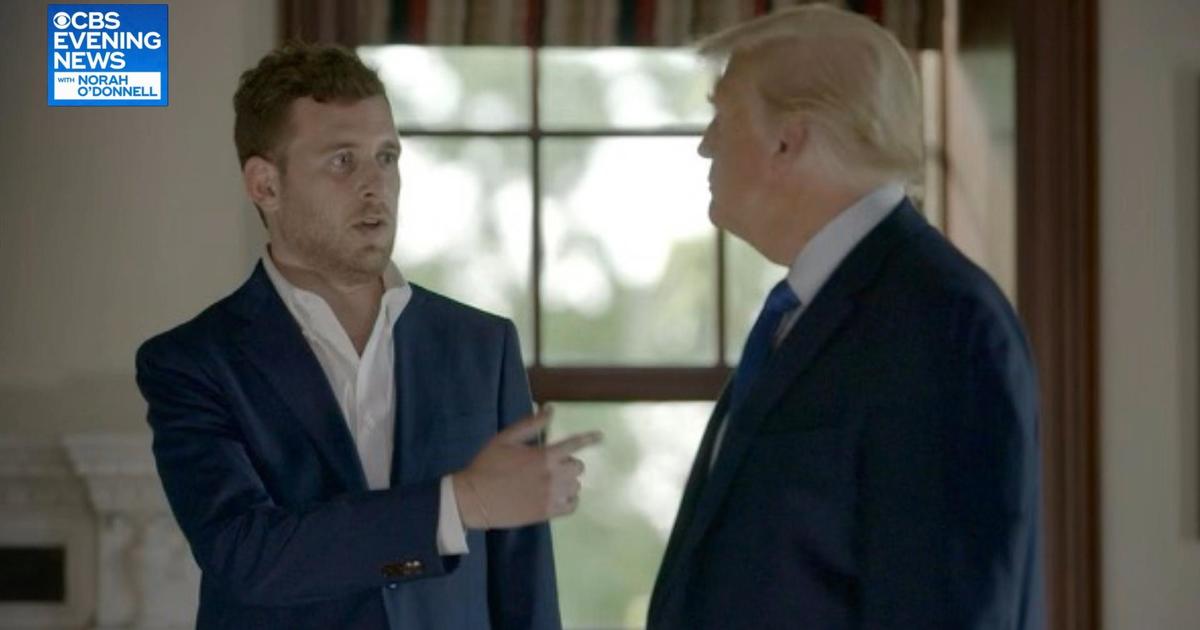 The House select committee investigating the Jan. 6, 2021, attack on the U.S. Capitol is ramping up its investigation this week as new evidence emerges, including dozens of hours of footage from filmmaker Alex Holder’s upcoming three-part documentary series, from which CBS News has obtained two images, including a still photograph of former President Donald Trump and another of his eldest daughter, Ivanka Trump, being interviewed.

One person close to the project said the images capture both the former president and his daughter sitting for interviews with Holder as he delved into Trump’s efforts to overturn the 2020 presidential election and asked them to reflect on the former president’s conduct and legacy.

CBS News has confirmed that Holder’s upcoming series is based on at least 11 hours of straight-to-camera interviews of both the former president and his family, along with hours of footage captured on the Capitol grounds during the Jan. 6, 2021 attack.

CBS News has also learned, according to two former advisers to the Trump 2020 campaign, that the documentary project has rocked Trump’s inner circle this week since few people outside of the Trump family were aware of its scope and the high level of access granted to Holder, a British filmmaker who worked outside of official channels as he filmed the family.

Holder is scheduled to appear for a private deposition before the committee on Thursday.

Ivanka Trump appeared virtually before the Jan. 6 committee in April for several hours and parts of her testimony have been played during the committee’s hearings this month. In one clip, she said she respected Attorney General Bill Barr and “accepted what he was saying” that the claims of voter fraud were false.

But, according to The New York Times, Ivanka Trump told the film crew on Dec. 10, 2020, that her father should “continue to fight until every legal remedy is exhausted” because there were questions about “the sanctity of our elections.” She made those comments days after Barr publicly declared there was no widespread voter fraud. CBS News has confirmed the Times’ account.

The committee is holding its fifth recent public hearing on Thursday, which is expected to focus on Trump’s efforts to influence the Justice Department to help him overturn the election.

Previous hearings focused on the Trump campaign’s fake electors scheme and threats made to state lawmakers and election officials, Trump’s pressure campaign on Pence to reject electoral votes, and Trump officials telling the then-president it was too soon to declare victory and push false claims that the election was stolen.

Committee chair Rep. Bennie Thompson said Wednesday that two more hearings are likely to be held in July after it received  “additional information” from Holder, the documentary filmmaker.

Committee member Rep. Jamie Raskin said Wednesday that while the committee wanted to have all the hearings in June, there has been a “deluge of new evidence since we got started.”