The oldest mineralized sponges in the world found in Ciudad Real 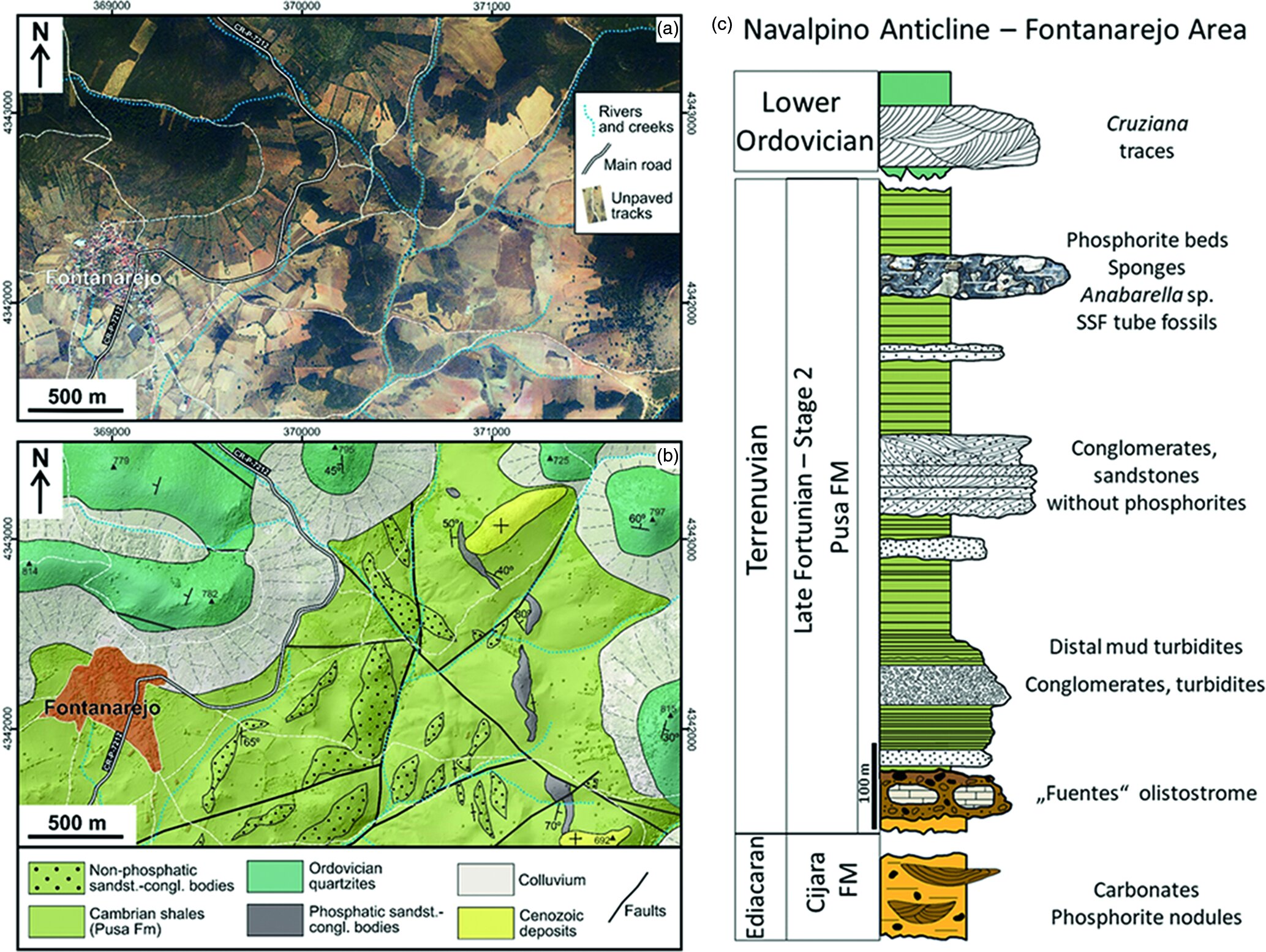 An international and multidisciplinary piece of research involving the participation of Universidad Complutense de Madrid (UCM) concludes with the discovery of the mineralised fossil remains of the oldest sponges in the world—530 million years old—in phosphate deposits in Fontanarejo (Ciudad Real).

These deposits were described for the first time some 50 years ago, but had not been studied in detail until now. Spicules were discovered among the fossil remains—units of silicon that make up the skeleton—of two types of sponges: hexactinillida and demosponges.

“It should be noted that some of the spicules are structured; in other words, connected to others, practically conserving the same position as the original organism”, highlights Pablo Suárez, a researcher at the Department of Geodynamics, Stratigraphy and Paleontology at UCM, and one of the authors of the study published in Geological Magazine.

The sponges can have two types of skeleton: mineralised (as in the case of the sponges in Castile-La Mancha), composed of structured spicules or non-mineralised (formed of organic molecules that degrade).

“The spicules of sponges in these phosphates are the oldest found to date, along with other examples in China, with the difference that the latter are not structured, and hence the spicules in Fontanarejo would be the oldest in such a good state of conservation”, clarifies Suárez.

A publication a few months ago shows fossils dating back some 890 million years, which were proposed as remains of non-mineralised sponges. The Fontanarejo spicules would thus be direct and unequivocal remains of the oldest sponges in the world.

Sponges are considered to be the first animals to evolve, and hence this discovery offers new information on the evolution of living beings.

A mollusc helps fine-tune the age of the deposit

To carry out the study, the researchers performed the fieldwork in Fontanarejo in 2019, where they carried out geological mapping and took more than 200 samples. Of these, 120 thin sheets were cut (small sections of rock some 30 microns thick) which were studied using different techniques, both microscopic and through chemical analysis.

Another of the main conclusions of the work is the dating of the deposits. It was already known that, in comparison with other equivalents in nearby areas, the Fontanarejo deposits belonged to the early Cambrian period (between some 500 and 540 million years ago).

“The discovery of the remains of Anabarella,—a type of mollusc—helped specify the age as some 530 million years, at the end of an age within the Cambrian period known by geologists as Fortunian”, indicates Suárez.

Phosphates are minerals primarily used in the agri-food industry, since phosphate can be extracted from them, which is a key element of many fertilizers.

The Fontanarejo phosphates on which the sponges have fossilized conserve a large quantity of evidence of an origin associated with microbial communities, including the conservation of strand forms of some of the original microbial deposits.

“Phosphate deposits form very quickly after the death of the sponges, which would probably live in association with the microbial communities. This would explain the fact that the sponge fossils are well preserved”, concludes Suárez.

The Fontanarejo sponges lived on a marine platform, together with those microbes and other organisms. Tides and storms transported all their remains to deeper waters, where they were buried under other layers of sediment, thus fostering their conservation. Millions of years later, the Variscan orogeny (which formed Pangaea) raised these deposits, forming mountains, the erosion of which has ended up displaying all these fossils on the surface of the middle of the Iberian Peninsula.