The Brain Has a Special Kind of Memory for Past Infections 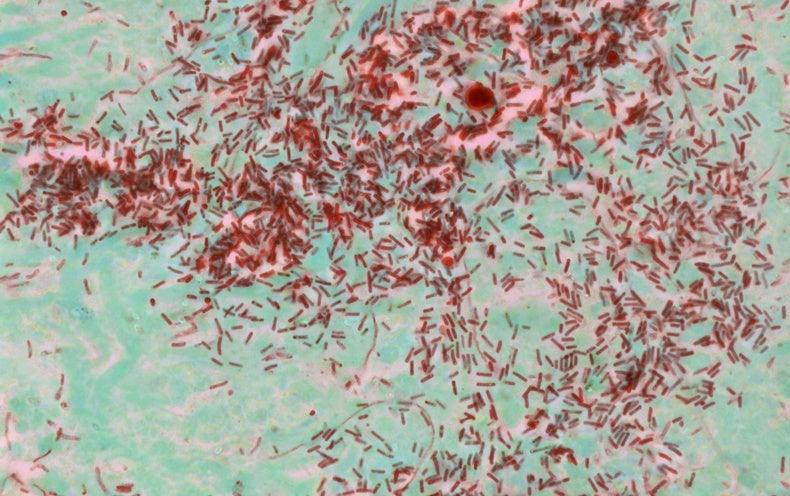 While the brain and spinal cord have their own squad of specialized immune cells, the peripheral immune system is armed with a larger battalion of proteins, cells and entire organs, such as the spleen, that ward off invaders. Over the past decade, researchers have made great progress in understanding how the peripheral immune system affects neural activity: how immune signals that originate outside the central nervous system can affect cognitive processes, social behavior, neurodegeneration, and more. In fact, they have learned that immune cells from the periphery routinely patrol the central nervous system and support its function. In a new study, researchers showed for the first time that—just as the brain remembers people, places, smells, and so on—it also stores what they call “memory traces” of the body’s past infections. Reactivating the same brain cells that encode this information is enough to swiftly summon the peripheral immune system to defend at-risk tissues.

In some ways, this is not an entire surprise. It is clear the peripheral immune system is capable of retaining information about past infections to fight off future ones—otherwise, vaccines would not work. But Asya Rolls, a neuroimmunologist at Technion–Israel Institute of Technology and the paper’s senior author, says the study expands this concept of classical immunologic memory. Initially, she was taken aback that the brain could store traces of immune activity and use them to trigger such a precise response. “I was amazed,” she says.

Rolls’s team focused on a brain region called the insular cortex, which senses the body’s internal state through visceral signals such as temperature, pain, hunger and—the researchers reasoned—perhaps immune activity. They studied strains of mice with a type of gut inflammation known as colitis and used fluorescent markers to take snapshots of the groups of brain cells in the insular cortex that became active during the infection.

After the infection and immune response dissipated, the researchers injected the mice with a drug that artificially reactivated those same groups of brain cells. They were stunned by what they saw: upon reactivation, the insular cortex directed the immune system to mount a targeted response in the gut at the site of the original inflammation—even though, by that time, there was no infection, tissue damage or pathogen-initiated local inflammation to be found. The brain had retained some sort of memory of the infection and was prepared to reinitiate the fight.

“This result was the one that kind of blew us away, because we really didn’t expect it,” says the paper’s first author Tamar Koren of Technion. “This was, I think, our aha moment.”

Repeating the experiments in mice with abdominal cavity infections generated similar results. But it was still unclear how the insular cortex communicates with organs to spur an immune response.

To begin answering that question, the researchers used a fluorescent tracer to chart the nerve connections that allowed the brain to exchange messages with the gut and abdominal cavity. Koren suspects that this pathway is just one line of communication, however. She says the insular cortex could also be sending signals to the body’s tissue linings or regulating hormone levels to help reactivate an immunologic response.

Although there are likely additional brain regions at play, the insular cortex was the right place to start, says Kevin Tracey, president of the Feinstein Institutes for Medical Research and a neurosurgeon, who was not involved in the study. Tracey showed in the 1990s that a specific nerve connected to the brain stem could talk to peripheral immune cells and tamp down the immune response before it damaged the body. This phenomenon, now known as the inflammatory reflex, was the first evidence that neural circuitry could control the peripheral immune system. And it is now being used to treat autoimmune diseases such as rheumatoid arthritis.

The new study provides “unassailable” evidence that the central nervous system can control the peripheral immune system, Tracey says. “It’s an incredibly important contribution to the fields of neuroscience and immunology.”

Just as researchers have traced sensory and motor processing to specific brain regions, Tracey suspects that a similar neurological “map” of immunologic information also exists. This new study, he says, is the first direct evidence of that map. “It’s going to be really exciting to see what comes next,” he adds.

Rolls’s lab has already begun devising clinical trials to treat chronic gut inflammation based on her team’s findings. Many intestinal disorders, such as inflammatory bowel disease, are triggered by stress or strong emotions. The researchers think this causes neurons in the insular cortex to misfire, reactivating an immunologic memory and triggering a misguided immune response. They were able to successfully alleviate colitis in mice by simply decreasing activation in the insular cortex and suspect that placing human patients in a functional magnetic resonance imaging machine and teaching them to consciously reduce activity in that region could relieve gut inflammation with less dependence on medication. Allowing the brain to respond instead, Rolls explains, would be the most balanced and personalized response her team could ask for.