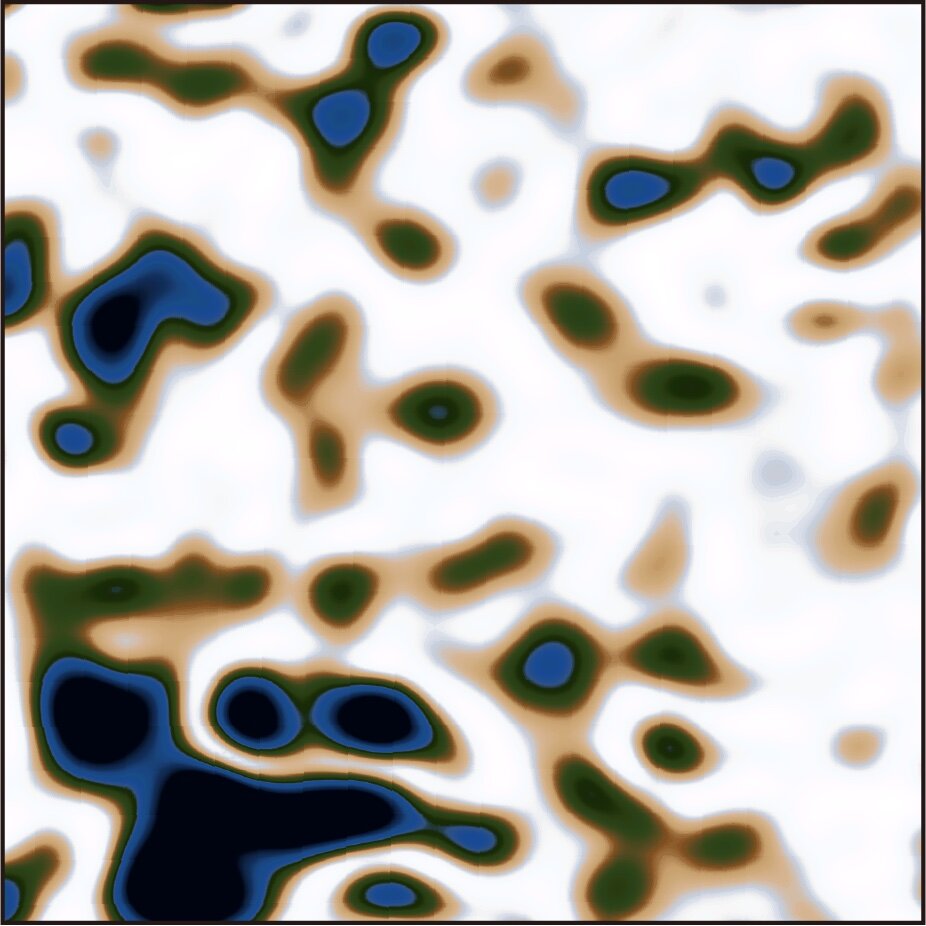 Experiments led by a group of Boston College researchers enabled atomic scale visualization of a temperature-driven spatial change of magnetic patterns in a Mott insulator, the team has reported in Science Advances.

Today’s forefront materials are often “lumpy” at the nanoscale: Their electronic and magnetic properties vary on length scales down to a few nanometers, said Boston College Associate Professor of Physics Ilija Zeljkovic.

This “inhomogeneity” can be especially pronounced near a phase transition, where the material changes, or transitions, into a different phase of matter, said Zeljkovic, who carried out the project with Boston College Professor of Physics Ziqiang Wang, recent doctoral recipient He Zhao, and collaborators from the University of California, Santa Barbara.

A particularly intriguing transition involves a non-magnetic material that becomes magnetic, Zeljkovic added. This transition can be achieved by cooling the material to low temperature, or by tuning its elemental composition. Though significant progress has been made in understanding magnetic materials as a whole, very little is known about the atomic-scale nature of magnetic transitions.

The researchers studied a bulk single crystal of iridium oxide, Sr3Ir2O7, in which they introduced lanthanum as a partial substitute for strontium (Sr) in order to bring the system close to the antiferromagnetic transition, the team reported in an article titled “Imaging antiferromagnetic domain fluctuations and the effect of atomic-scale disorder in a doped spin-orbit Mott insulator.”

Antiferromagnetism is an unusual type of magnetism in a material, Zeljkovic said, which happens when electron spins at neighboring atomic sites are aligned exactly in opposite directions. The team reports it used spin-polarized scanning tunneling microscopy (SP-STM) to map the local strength of antiferromagnetic ordering on nanometer length scales.

The researchers discovered a dramatic re-arrangement of magnetic domains with thermal cycling.

The team employed a statistical analysis method called cluster analysis theory to analyze the size and distribution of the domains, which can offer insights into whether or not the domains are completely randomly distributed, Zeljkovic said.

“We found that the domains are not randomly distributed, which means that electronic correlations, or electron-electron interactions, likely play a significant role in the emergence of domains,” Zeljkovic said.

The work built upon previous research, where Zeljkovic and colleagues visualized antiferromagnetic patches, or domains, in a related doped Mott insulator, Sr2IrO4.

“We wanted to investigate what sets the size and the spatial distribution of these domains in Sr3Ir2O7,” Zeljkovic said. “In addition, we set to explore if and how the domains will change if the material is warmed up to become non-magnetic, and cooled back down into its magnetically ordered state.”

Based on the most recent findings, Zeljkovic said next steps in the research will seek to expand this technique to other complex oxides, as well as materials with different types of magnetic states, such as ferromagnetism.