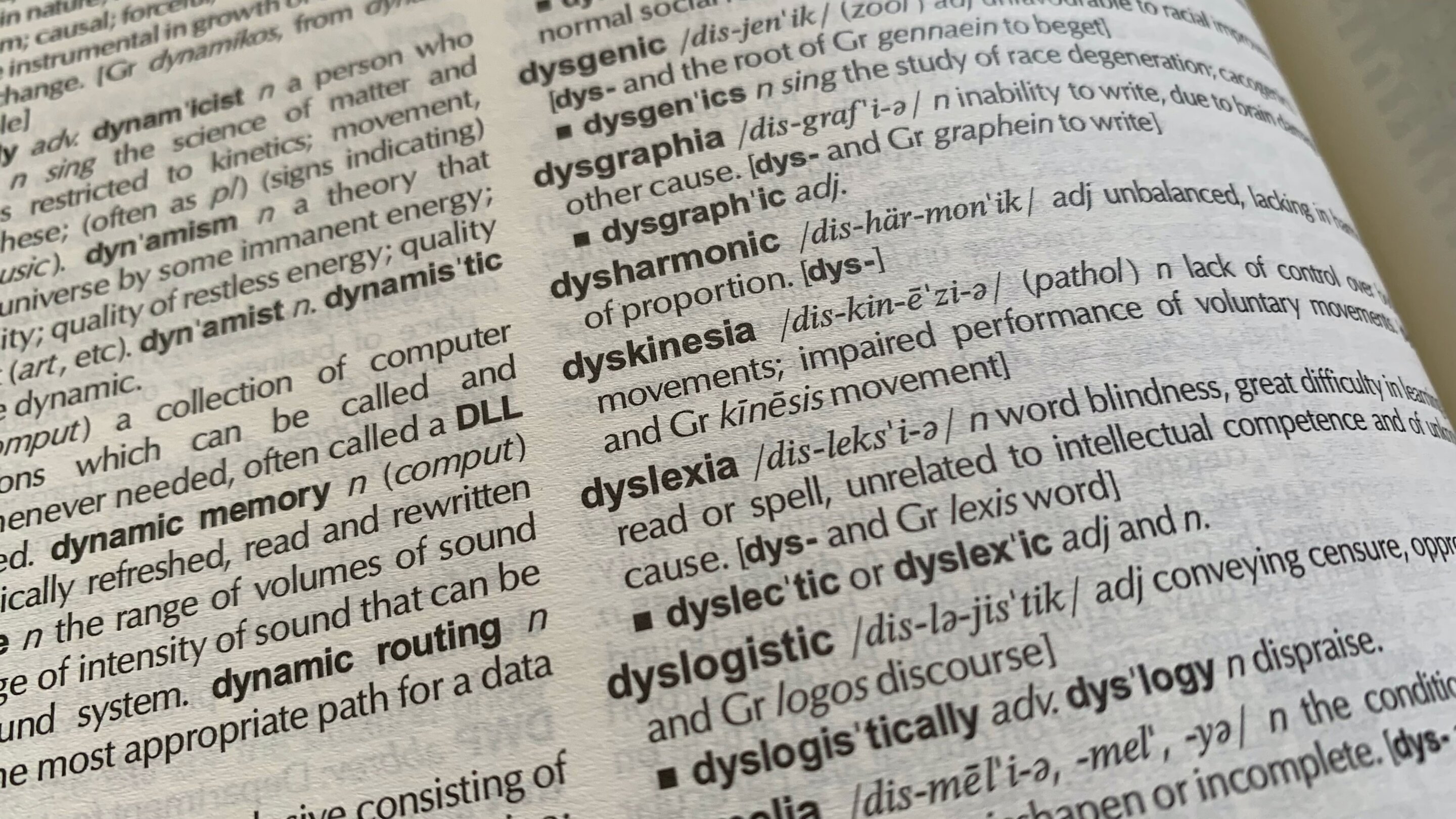 Cambridge researchers studying cognition, behavior and the brain have concluded that people with dyslexia are specialized to explore the unknown. This is likely to play a fundamental role in human adaptation to changing environments.

They think this ‘explorative bias’ has an evolutionary basis and plays a crucial role in our survival.

Based on these findings—which were apparent across multiple domains from visual processing to memory and at all levels of analysis—the researchers argue that we need to change our perspective of dyslexia as a neurological disorder.

The findings, reported today in the journal Frontiers in Psychology, have implications both at the individual and societal level, says lead author Dr. Helen Taylor, an affiliated Scholar at the McDonald Institute for Archaeological Research at the University of Cambridge and a Research Associate at the University of Strathclyde.

“The deficit-centered view of dyslexia isn’t telling the whole story,” said Taylor. “This research proposes a new framework to help us better understand the cognitive strengths of people with dyslexia.”

She added: “We believe that the areas of difficulty experienced by people with dyslexia result from a cognitive trade-off between exploration of new information and exploitation of existing knowledge, with the upside being an explorative bias that could explain enhanced abilities observed in certain realms like discovery, invention and creativity.”

This is the first-time a cross-disciplinary approach using an evolutionary perspective has been applied in the analysis of studies on dyslexia.

“Schools, academic institutes and workplaces are not designed to make the most of explorative learning. But we urgently need to start nurturing this way of thinking to allow humanity to continue to adapt and solve key challenges,” said Taylor.

Dyslexia is found in up to 20% of the general population, irrespective of country, culture and world region. It is defined by the World Federation of Neurology as “a disorder in children who, despite conventional classroom experience, fail to attain the language skills of reading, writing and spelling commensurate with their intellectual abilities”.

The new findings are explained in the context of ‘Complementary Cognition’, a theory proposing that our ancestors evolved to specialize in different, but complementary, ways of thinking, which enhances human’s ability to adapt through collaboration.

These cognitive specializations are rooted in a well-known trade-off between exploration of new information and exploitation of existing knowledge. For example, if you eat all the food you have, you risk starvation when it’s all gone. But if you spend all your time exploring for food, you’re wasting energy you don’t need to waste. As in any complex system, we must ensure we balance our need to exploit known resources and explore new resources to survive.

“Striking the balance between exploring for new opportunities and exploiting the benefits of a particular choice is key to adaptation and survival and underpins many of the decisions we make in our daily lives,” said Taylor.

Exploration encompasses activities that involve searching the unknown such as experimentation, discovery and innovation. In contrast, exploitation is concerned with using what’s already known including refinement, efficiency and selection.

“Considering this trade-off, an explorative specialization in people with dyslexia could help explain why they have difficulties with tasks related to exploitation, such as reading and writing.

“It could also explain why people with dyslexia appear to gravitate towards certain professions that require exploration-related abilities, such as arts, architecture, engineering, and entrepreneurship.”

The researchers found that their findings aligned with evidence from several other fields of research. For example, an explorative bias in such a large proportion of the population indicates that our species must have evolved during a period of high uncertainty and change. This concurs with findings in the field of paleoarchaeology, revealing that human evolution was shaped over hundreds of thousands of years by dramatic climatic and environmental instability.

The researchers highlight that collaboration between individuals with different abilities could help explain the exceptional capacity of our species to adapt.

The findings are published today in the journal, Frontiers in Psychology.

Greater than the sum of our parts: The evolution of collective intelligence

Study explores coevolution of mammals and their lice

NASA explains the mission to bring samples of Mars soil, rock and atmosphere back to Earth