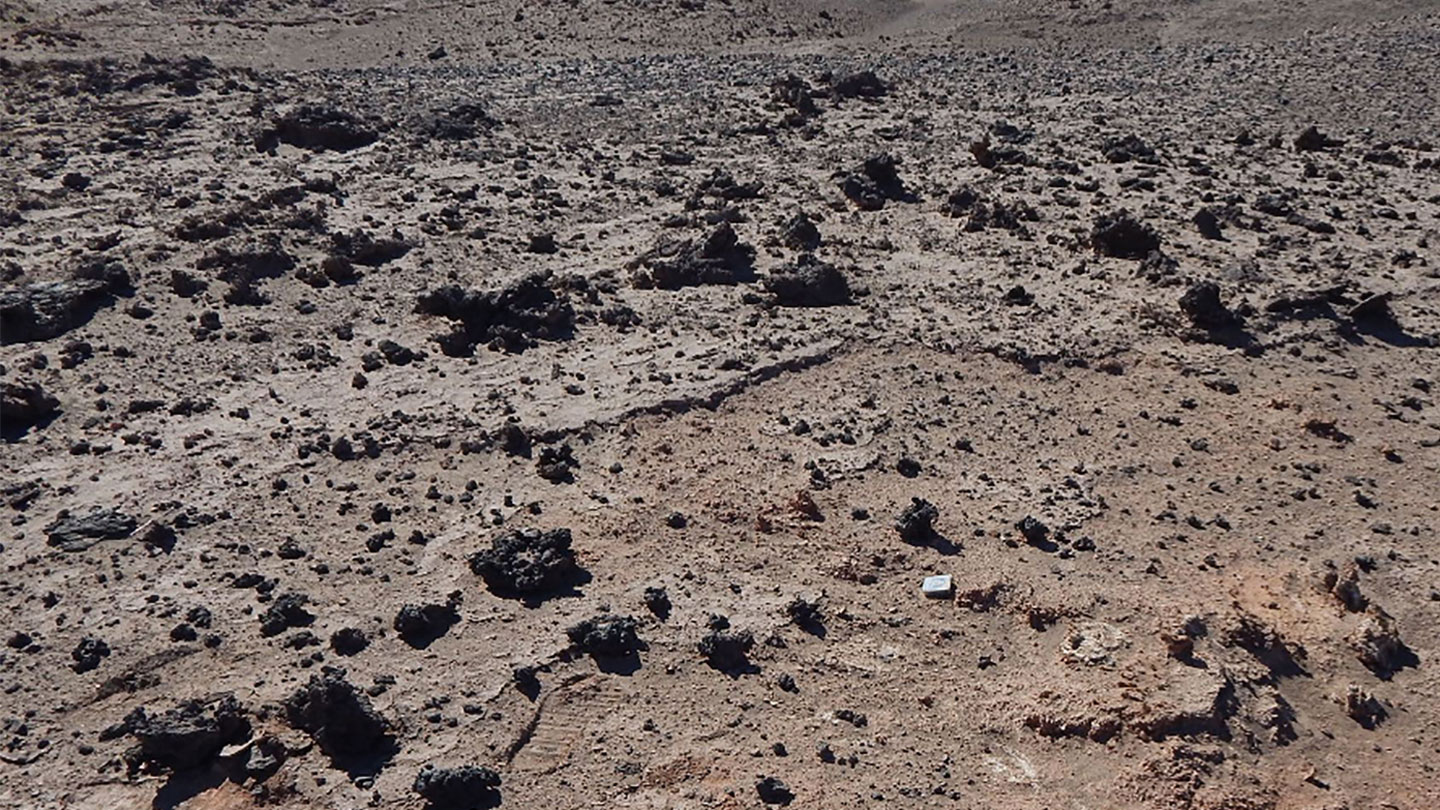 Scattered across a swath of the Atacama Desert in Chile lie twisted chunks of black and green glass. How the glass ended up there, sprinkled along a 75-kilometer-long corridor, has been a mystery.

Now, analyses of space dust in the glass show that the glass probably formed when a comet, or its remnants, exploded over the desert 12,000 years ago, researchers report November 2 in Geology.

This corridor is the best evidence yet of a comet impact site on Earth, says Peter Schultz, a planetary geologist at Brown University in Providence, R.I.

There are only about 190 known impact craters on Earth (SN: 12/18/18). Falling space rocks carved out these sites, but none are known to have been created by a comet. That’s because comets, which are made of mostly ice and some rock, tend to explode before reaching the ground, a fate they share with some small asteroids. These fiery events — known as airbursts — are dramatic, generating massive amounts of heat and strong winds. But the effects are temporary and often fail to leave lasting imprints, like craters, behind.

Headlines and summaries of the latest Science News articles, delivered to your inbox

Thank you for signing up!

There was a problem signing you up.

That’s especially true in wet environments. In 1908, an airburst from an asteroid or comet over a remote part of Russia flattened trees and generated a shock wave that knocked people off their feet hundreds of kilometers away. The trees have since grown back over the site of what’s now known as the Tunguska blast, leaving just a marsh (SN: 6/5/08). “If it hadn’t been observed, no one would know it happened,” says Mark Boslough, a physicist at the University of New Mexico in Albuquerque who wasn’t involved in the new research.

The Atacama, the world’s driest desert, is better suited to preserving impact sites. And it’s full of sand — the raw material for making glass, which forms when sand is heated to high temperatures. Heat from volcanic activity is responsible for almost all of the naturally derived glass on Earth.

The desert’s glass corridor, however, is kilometers away from the closest volcano, suggesting the glass formed in a different type of heating event, such as an airburst. But radiocarbon dating of ancient plants in the soil around the glass seemed to indicate that the pieces didn’t all form at the same time. Because airbursts rarely occur in the same place twice, the evidence led some researchers to suggest that the glass formed during several massive grass fires.

That idea, Schultz says, “seemed really weird to us because there just wasn’t enough grass for fires,” even long ago when the area probably had more greenery than it does today. After examining some of the glass, he and colleagues determined that it had formed at temperatures exceeding 1700° Celsius — much hotter than grass fires.

What’s more, the team discovered embedded within the glass compounds found in comets sampled during NASA’s Stardust mission but almost never in asteroids (SN: 1/7/04). The only way for this space dust to have made its way into the glass is if a very old chunk of space debris, such as a comet, exploded at the moment that the glass formed, the researchers say.

“It’s pretty clear that this is an impact,” Boslough says. “And in this case, there’s no evidence for a crater, so this event was a pure airburst.”

An airburst would also help explain why the glass appears twisted. “It was clear the glass had been thrown around and rolled. It was basically kneaded like bread,” Schultz says. Grass fires may melt the ground, but they rarely fling it around. Like Tunguska, the airburst probably generated strong winds that flung the glass as it formed, creating the folded look.

The violence of the impact would have scattered glass far across the desert and onto different layers of sediment. Because those layers formed at different times, that may have created the illusion that the glass was created during multiple events. Looking at the dating of plants that came in direct contact with the glass allowed the researchers to pin down the date of the probable comet strike to about 12,000 years ago.

That timing places the event about 800 years after a mysterious period of rapid cooling known as the Younger Dryas, which coincided with the extinction of many large animals. Some scientists have suggested that a comet exploding over the Northern Hemisphere set off a series of events that led to the frigid conditions, though the idea is controversial (SN: 6/26/18).

The timing of the Atacama comet strike shows that it wasn’t related to the Younger Dryas event, Schultz says, but the finding does lay the groundwork for identifying other potential comet sites on Earth.

Even without a link to the Younger Dryas, the Atacama impact would have left a strong impression on anyone who saw it. Archaeological evidence suggests that people lived in the area at the time and thus may have witnessed the airburst (SN: 11/30/15). “It would have seemed like the entire horizon was on fire,” Schultz says. “If you weren’t religious before, you would be after.”