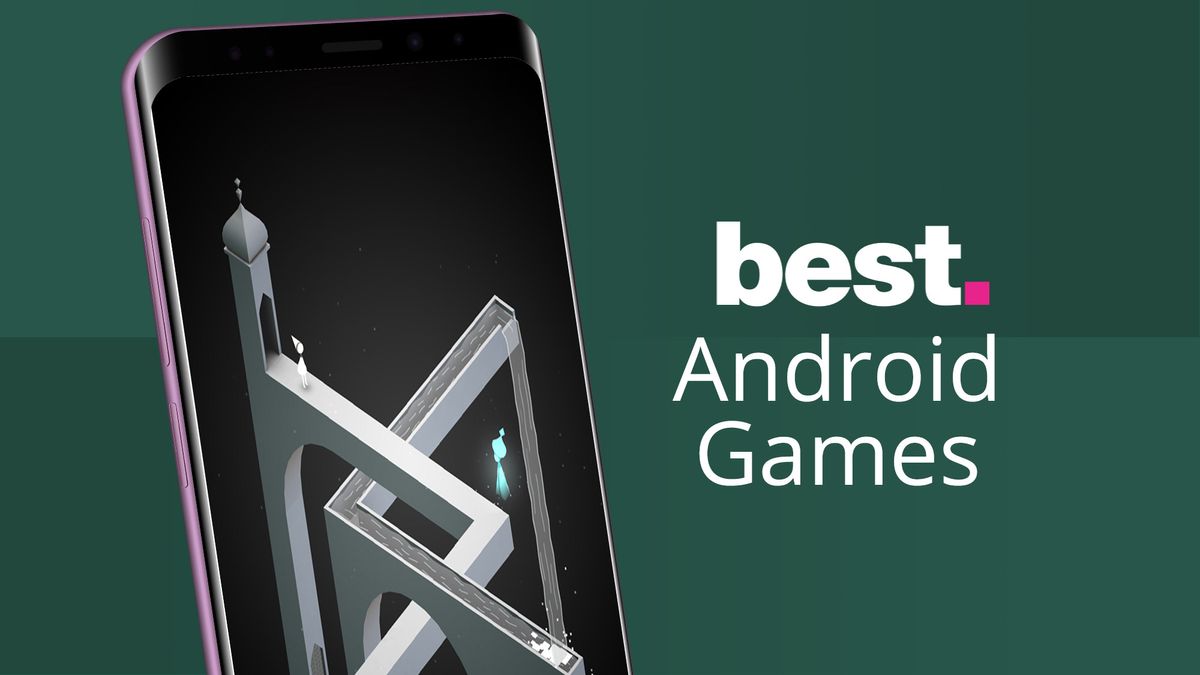 The best Android games cover a lot of ground. Whether you’re looking for adventure games, arcade titles, puzzlers, or racers, there’s something for just about any taste. And, while there are quite a lot of options out there, not all of them are that great. To help you, we’ve tested, rated, and rounded up our top picks here so you can skip those fumbled console ports and boring puzzle games for some amazing touchscreen titles.

We’ve also taken a look at these games to see where cost is involved since some might have that free sticker on their Google Play Store page but require an in-app purchase to truly unlock the game. If that’s the case, we’ll let you know so that you’re aware that the game is not really free.

Go ahead and take a look at Android’s best games, separated into the genres that people are playing right now, including strategy, puzzle, racing, arcade, and more. You’ll surely find the next title to play on your smartphone, even if you’re not rocking a gaming phone. And, don’t forget to bookmark this page since we’ll have a new game up every month.

Railroad Ink Challenge is a board game about building up a transport network in double-quick time. You get seven rounds to connect road and rail exits that sit at the edge of the board, using semi-randomized pieces provided by way of dice rolls.

At first, it baffles. A lot of rules are thrown your way, not least when using modes that add features like piece-cloning factories and points-providing villages. But before long, you’ll be thinking several moves ahead, making best use of each hand while minimizing errors that cost you points at the end of the game.

On a phone, it’s a joy: an endlessly replayable puzzler with an interesting twist, where two games are never quite the same. And its brevity means no game ever lags – if anything you’ll wish you could get one more round, to make some more connections.

The best racing games for Android

Table Top Racing: World Tour is a high-speed racer that has you guide tiny cars around circuits made from comparatively massive household objects. It’s like the offspring of Micro Machines and Mario Kart. Races are extremely competitive, and find you fending off crazed opponents by way of cunning maneuvers and unsportsmanlike weapons, in a mad dash to the finish line.

Although there are opportunities to upgrade your vehicle to better compete on tougher tracks, World Tour is devoid of IAP. Instead, it’s your skills that will see you take checkered flags – and end up with enough cash to buy swanky new cars.

With simple but responsive controls, this Android game is a breath of fresh air on a platform where arcade racing is often as much about the depth of your wallet as your skills on the track.

GRID Autosport is a racer, but also a challenge to Android gamers complaining they never get premium titles, and that freemium fare comes packed with ads and IAP. This is a full-on ad-free premium AAA hit, transferred intact to your phone (assuming your phone can run it – see the list on the game’s Google Play page).

Even on PC and consoles, GRID Autosport was impressive stuff on its release. Five or so years on, it’s no less astonishing as a mobile title, as you blaze around 100 circuits, battling it out in a huge range of cars.

This is, note, a simulation. It won’t go easy on you, or allow you to smash through walls at top speed and carry on as though nothing’s happened, but driving aids help you master what’s without a doubt the finest premium racing experience on Android.

Repulze exists in a future beyond racers driving cars far too quickly; instead, they’re placed in experimental hovercraft that belt along at insane speeds. Track design’s traditions have also been ditched, flat courses being replaced by roller-coaster-like constructions that throw you around in stomach-churning fashion.

The game’s split into three phases. It begins with time trials that have you pass through specific colored gates, and ends with you taking on AI opponents, occasionally – and unsportingly – blowing them up with weapons.

There’s a sci-fi backstory about synthetic men and corporations, but really this one’s all about speed. At first, the twitchy controls will find you repeatedly smashing into tracksides and wondering if someone should take your hovercraft license away. But master the tracks and controls alike, and Repulze becomes an exhilarating experience as you bomb along toward the finish line.

Rush Rally 3 brings console-style rally racing to Android. For quick blasts, you can delve into single rally mode, with a co-driver bellowing in your ear; or there’s the grinding metal of rallycross, pitting you against computer cars apparently fueled by aggression. If you’re in it for the long haul, immerse yourself in a full career mode.

None of those options would matter a jot if the racing wasn’t up to much. Fortunately, it’s really good. The game looks the part, with very smart visuals and viewpoints, whether belting around a racing circuit or blazing through a forest.

The controls work well, too, providing a number of setups to accommodate a range of preferences (tilt; virtual buttons) – and skill levels. All in all, it’s enough for the game to get that coveted checkered flag.

If you’re fed up with racing games paying more attention to whether the tarmac looks photorealistic rather than how much fun it should be to zoom along at insane speeds, check out Horizon Chase. This tribute to old-school arcade titles is all about the sheer joy of racing, rather than boring realism.

The visuals are vibrant, the soundtrack is jolly and cheesy, and the racing finds you constantly battling your way to the front of an aggressive pack.

If you fondly recall Lotus Turbo Esprit Challenge and Top Gear, don’t miss this one. (Note that Horizon Chase gives you five tracks for free. To unlock the rest, there’s a single £2.29/US$2.99 IAP.)

Need for Speed: Most Wanted

Anyone expecting the kind of free-roaming racing from the console versions of this title are going to be miffed, but Need for Speed: Most Wanted is nonetheless one of the finest games of its kind on Android. Yes, the tracks are linear, with only the odd shortcut, but the actual racing bit is superb.

You belt along the seedy streets of a drab, gray city, trying to win events that will boost your ego and reputation alike. Wins swell your coffers, enabling you to buy new vehicles for entering special events.

The game looks gorgeous on Android and has a high-octane soundtrack to urge you onwards. But mostly, this one’s about the controls – a slick combination of responsive tilt and effortless drifting that makes everything feel closer to OutRun 2 than typically sub-optimal mobile racing fare.

The first two Riptide games had you zoom along undulating watery circuits surrounded by gleaming metal towers. Riptide GP: Renegade offers another slice of splashy futuristic racing, but this time finds you immersed in the seedy underbelly of the sport.

As with the previous games, you’re still piloting a hydrofoil, and racing involves not only going very, very fast, but also being a massive show-off at every available opportunity.

If you hit a ramp or wave that hurls you into the air, you’d best fling your ride about or do a handstand, in order to get turbo-boost on landing. Sensible racers get nothing.

The career mode finds you earning cash, upgrading your ride, and probably ignoring the slightly tiresome story bits. The racing, though, is superb – an exhilarating mix of old-school arcade thrills and modern mobile touchscreen smarts.

Mini Motor Racing is a frenetic top-down racer that finds tiny vehicles darting about claustrophobic circuits that twist and turn in a clear effort to have you repeatedly drive into walls. The cars handle more like remote control cars than real fare, meaning that races are typically tight – and easily lost if you glance away from the screen for just a moment.

There’s a ton of content here – many dozens of races set across a wide range of environments. You zoom through ruins, and scoot about beachside tracks. The AI’s sometimes a bit too aggressive, but with savvy car upgrades, and nitro boost usage when racing, you’ll be taking more than the occasional checkered flag.

Need for Speed: Hot Pursuit exists in a world where the police seem to think it’s perfectly okay to use their extremely expensive cars to ram fleeing criminals into submission. And when they’re not doing that, they belt along the streets, racing each other to (presumably) decide who pays for the day’s doughnuts.

It’s a fairly simple racer – you’re basically weaving your way through the landscape, smashing into other cars, and triggering the odd trap – but it’s exhilarating, breezy fun that echoes classic racers like Chase H.Q.

And once you’ve had your fill of being one of the nitro-happy fuzz, you can play out a career as the pursued as well, getting stuck into the kind of cop-smashing criminal antics that totally won’t be covered by your car manufacturer’s warranty.

Final Freeway 2R is a retro racing game, quite blatantly inspired by Sega’s classic OutRun. You belt along in a red car, tearing up a road where everyone’s rather suspiciously driving in the same direction. Every now and again, you hit a fork, allowing you to select your route. All the while, cheesy music blares out of your device’s speakers.

For old hands, you’ll be in a kind of gaming heaven. And arguably, this game’s better than the one that inspired it, feeling more fluid and nuanced. If you’re used to more realistic fare, give Final Freeway 2R a go – you might find yourself converted by its breezy attitude, colorful visuals, and need for truly insane speed.

Motorsport Manager Mobile 3 is a racing management game without the boring bits. Rather than sitting you in front of a glorified spreadsheet, the game is a well-balanced mix of accessibility and depth, enabling you to delve into the nitty gritty of teams, sponsors, mechanics, and even livery.

When you’re all set, you get to watch surprisingly tense and exciting top-down racing. (This being surprising because you’re largely watching numbered discs zoom around circuits.) One-off races give you a feel for things, but the real meat is starting from the bottom of the pile in the career mode, with the ultimate aim of becoming a winner.

It’s all streamlined, slick, and mobile-friendly, and a big leap on from the relatively simplistic original Motorsport Manager Mobile.