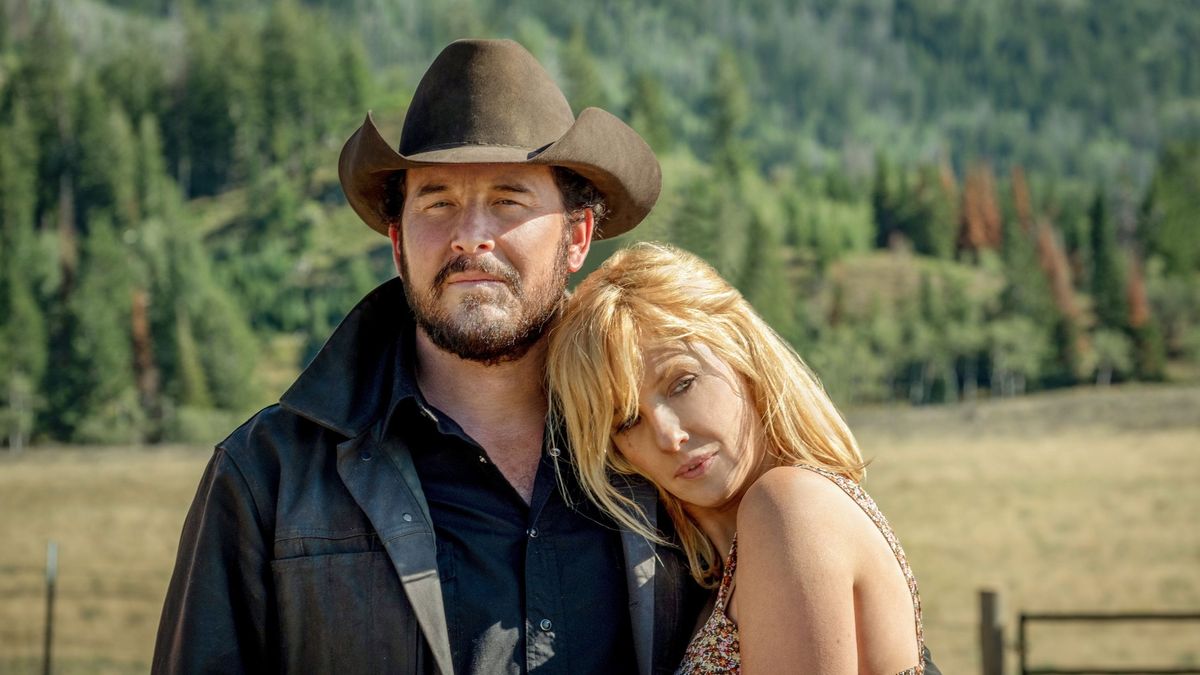 Premiering with 12.7 million viewers, Yellowstone is the US’ most popular scripted drama, as it is revealed John Dutton and his family have miraculously survived the brutal attacks made in the climactic scenes in its season 3 finale. Now out for blood, catch-up on the weekend’s latest instalment and find out how to watch Yellowstone season 4, episode 3 online wherever you are.

With questions surrounding who was behind the bomb planting and open-fire shooting of season 3’s climactic finale, viewers hope the culprit’s identity will be revealed in the upcoming episodes. One thing is for sure, John Dutton won’t be letting the attacks go any time soon.

Episode 3 is titled ‘All I See is You’, which could mean a number of things as Yellowstone is continued to be threatened by land developers and the Native American reservations that surround the Dutton ranch.

Whether it’s a legal battle our favorite cowboys have their eyes on, or the expanding of a family as the dynamic of Beth and Rip’s relationship looks to dramatically shift with the arrival of young Carter, there’s plenty to keep us occupied this season.

While Thomas Rainwater is no longer under suspicion, there are still plenty of questions of whether Jamie could have been behind the multiple attempts on the Dutton family. Tune in this evening and watch Yellowstone season 4 episode 3 online from anywhere with the help of our guide below.

Out of the country and want to catch up on episode 3 of Yellowstone? You’ll be unable to watch new episodes due to annoying regional restrictions.

Luckily, there’s an easy solution. Downloading a VPN will allow you to stream episode 3 online on-demand no matter where you are. It’s a simple bit of software that changes your IP address, meaning that you can access on-demand content or live TV just as if you were at home.

Use a VPN to watch Yellowstone from abroad

How to watch Yellowstone season 4 episode 3 online in Canada

How to watch Yellowstone season 4 episode 3 in Australia

Can I watch Yellowstone season 4 online in the UK?

Sadly, this excellent neo-Western drama starring Kevin Costner hasn’t found a streaming home in the UK. The first two seasons were broadcast on the Paramount Network UK over a year ago, but fans across the pond are still waiting on an air date for seasons 3 and 4.

You can buy seasons 1 and 2 on Amazon Prime Video, though, from £1.89 per episode or £12.99 per season. So newbies can get a taste of the scintillating cowboy drama that’s yet to come. And, with plans for Peacock to become free to Sky and Now TV customers later this year – with programming ad-supported – all four seasons of Yellowstone could be ready to stream pretty soon.

Remember, though, that if you’re away from your home country you can still access your streaming service subscription from anywhere, if you download a good VPN and follow our instructions above.