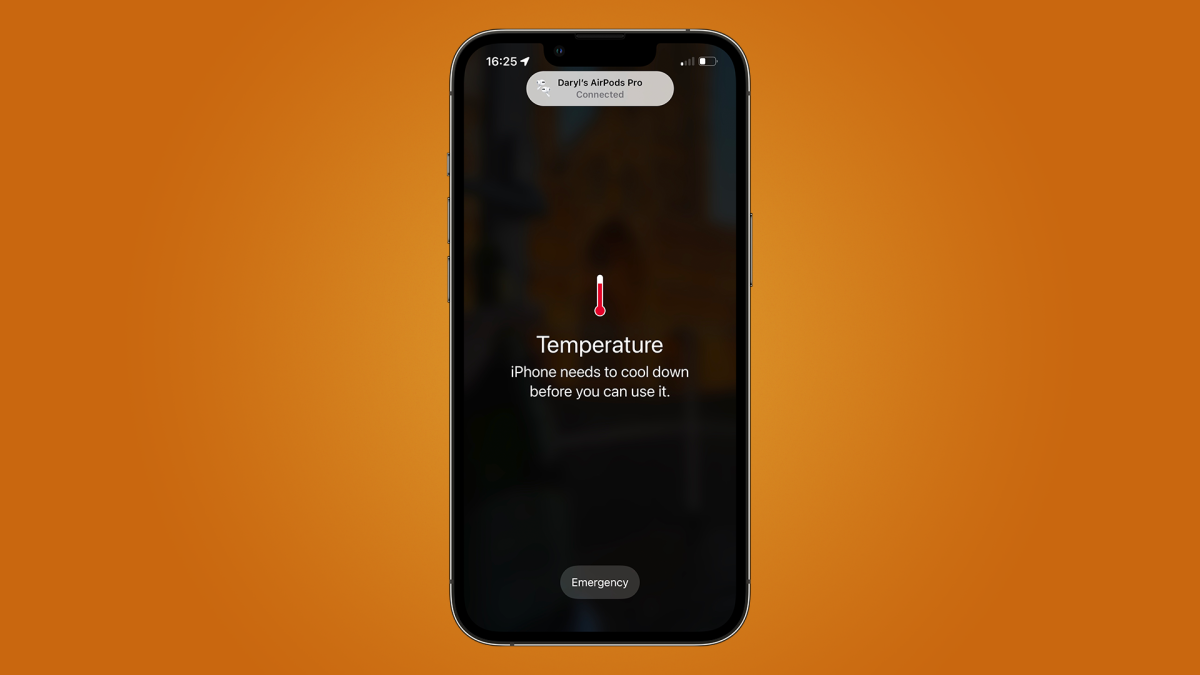 I live in the United Kingdom, and when a heatwave arrives, it can get surprisingly hot and humid for a country that’s not known for its heat, and my iPhone bore the brunt of this recently.

The small garden at my house gets the bulk of the sun across the day, so there’s constant heat and sunshine as I listen to podcasts or scroll through Twitter or TikTok.

However, as I was working on my MacBook Pro in the garden, I had forgotten that my iPhone was taking the full force of the sun on the glass table beside me, and the music suddenly stopped. I thought I was getting a call, and it wasn’t until I held the phone that the temperature warning was shown.

Granted, it’s not just an iPhone that can suffer under extreme heat – there are Android devices and Windows laptops that also need to be operated under a cooler temperature. But when moments like these happen, there’s a useful method to keep in mind to save the sun from damaging your electronics – something that I’ll be doing next time.

How to keep your device cool like I didn’t

Apple states that a good temperature for an iPhone is around 32° to 95° Fahrenheit / 0° – 35° Celsius. It’s safe to assume that my iPhone was warm already due to the apps I was using at the time, and the heat from the sun only made this worse for the device.

First of all, don’t do what I did and suddenly place it on a shelf in the fridge. While this will certainly cool the device, it could take it too far in the opposite direction, or lead to condensation and water vapor build up inside.

Instead, turn off the device and take it out of a case if it’s in one. Put it in a cool area that’s got plenty of airflow, and simply wait.

We use our smartphones every day in some way, and while we manage them through their software to keep apps working well, for example, it also helps to keep them at the right temperature.

While we’re currently in warmer weather in the UK, across the world there are other places that will be heading towards that as the months pass. So make sure you keep your device at a cool temperature, and never put it in the fridge as I did.