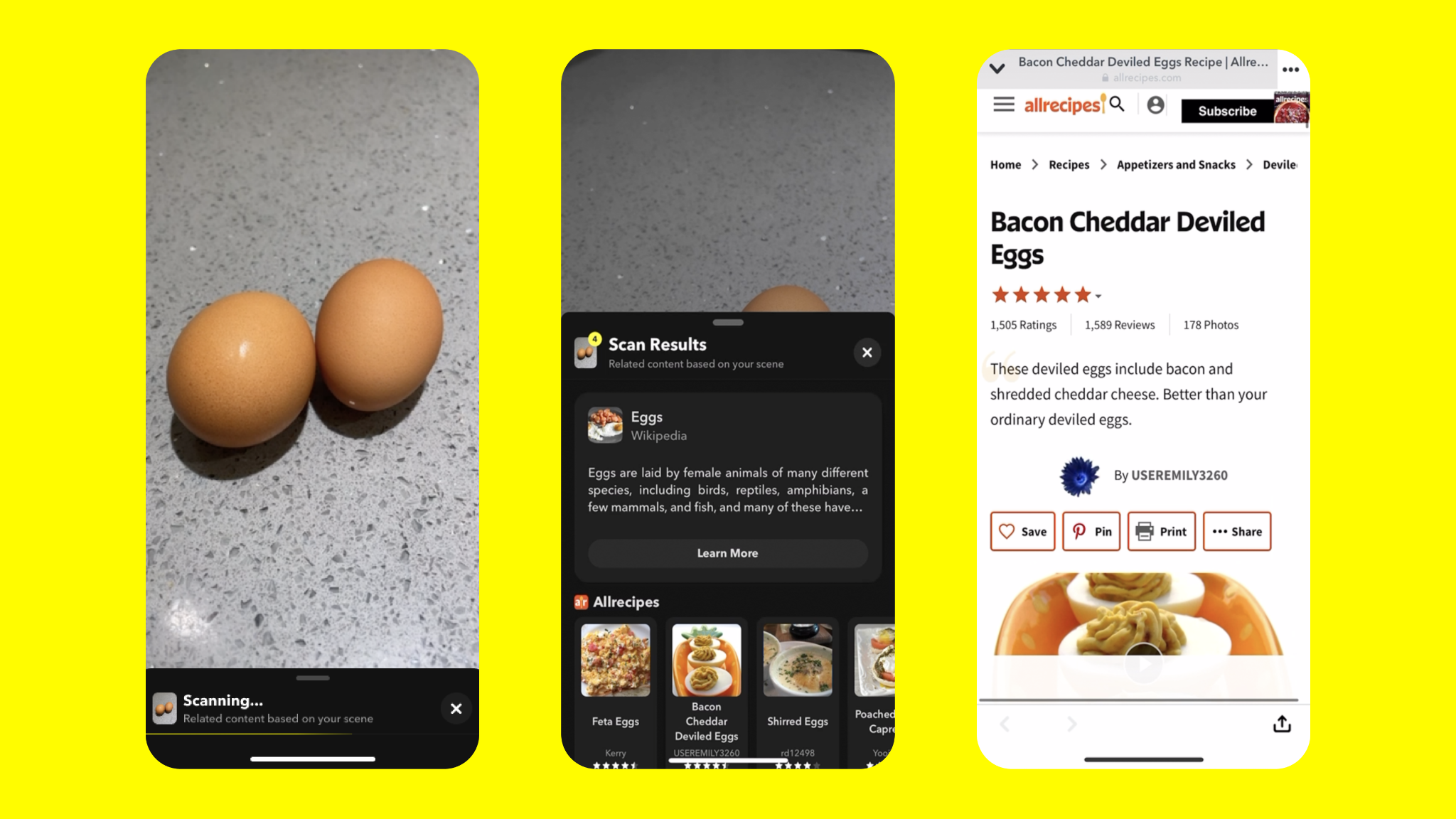 Snapchat’s in-app camera is now able to recommend recipes based on the food you have laying around your kitchen. Food Scan is the latest addition to the app’s “scan” functionality, which also allows users to identify plants and dog breeds and items of clothing.

Now, scanning a food will turn up recipes containing the item, as well as a link to the Wikipedia entry for the ingredient. Snap has partnered with allrecipes.com on the feature, which it says can recognize more than 1,200 items and suggest more than 4,500 dishes.

I got the chance to preview the feature, and the app’s food scanning abilities were mostly spot-on. It was able to correctly identify a variety of produce and recommend relevant recipes (including a persimmon bar recipe that looked intriguing). Like most of these types of visual search features, though, it’s not entirely foolproof. It suggested cherry recipes when I scanned a bag of cherry tomatoes. And a hunk of ginger managed to totally stump the feature. No matter what angle I held the camera, Snapchat was unable to recognize it as food, and instead recommended reptile and human hand-themed AR lenses.

The feature is also not meant to work with packaged foods — Snapchat has a separate feature that can scan those items for — so it won’t be able to help you figure out what to do with that random can of tomato sauce or whatever else is collecting dust in the back of your pantry. But even with those limitations, the feature is still a useful starting point for when you’re out of ideas or just want to try something new. And, even when it doesn’t quite work, you might still find an entertaining new AR lens to try out.

The best kitchen gadgets you can buy