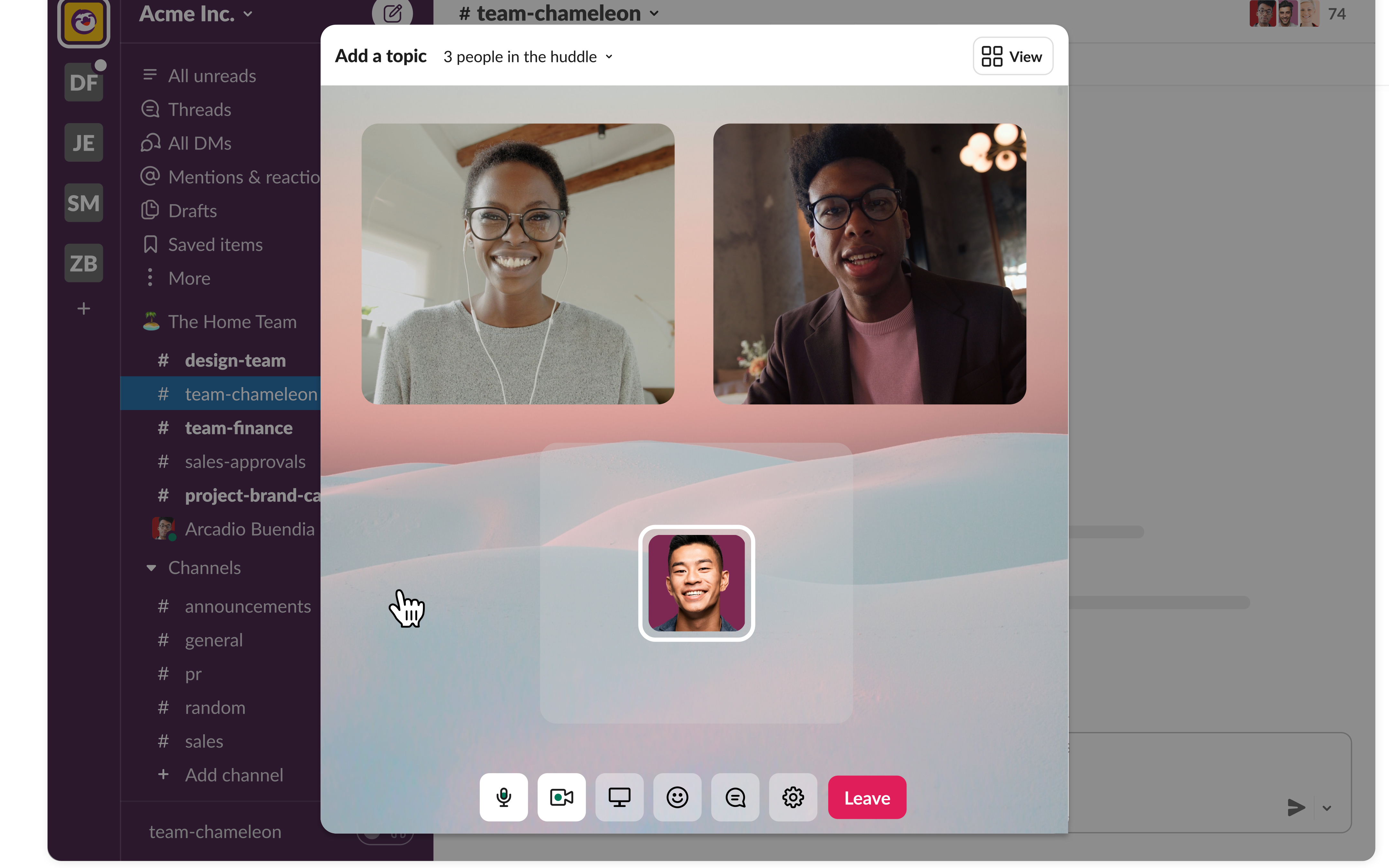 is bringing more features to huddles, which as an ad hoc voice call option last June. While huddles will start as audio-only chats by default, you’ll be able to switch on video as well. Video huddles can be opened in a separate window and you’ll have the option to .

The revamped huddles will support multi-person screen sharing. Several people will be able to share their screens at the same time, which could make it easier to work on documents and presentations together. You can also draw on shared screens and use a live cursor feature as a visual aid while you’re discussing something specific.

Everything you share in the huddle (other than your voice and webcam feed) will be saved in the direct message thread or channel where it was started. That includes things like links and notes. Slack says these will be searchable. Folks who do not take part in a huddle will be able to catch up using these live messaging threads or keep an eye on the conversation as it’s happening. Users can pin these threads to a channel or direct message. You can give the huddle a name too, so it’s easier to find.

Since this is Slack, you’ll of course be able to use emoji reactions in video huddles. There are new animated effects, such as confetti and clapping hands. With stickers, users can show everyone that, for instance, they want to speak next or they’re going AFK for a minute. If you add a sticker, it will stay on the screen until you remove it.

Slack, which will continue to support live transcriptions in huddles, is taking a leaf out of Discord’s playbook with the addition of video and screen sharing. It hopes to turn huddles into more of a virtual coworking space with these tools, where you and your colleagues can collaborate on the fly (akin to having a quick chat in a physical office). The features are coming to the app soon.

Meanwhile, the company says GovSlack, a version of the service designed for secure government use, will be available in July. Slack says it meets key government security standards, affords users access to their own encryption keys and allows folks to connect to other agencies that use GovSlack via . The company in September.