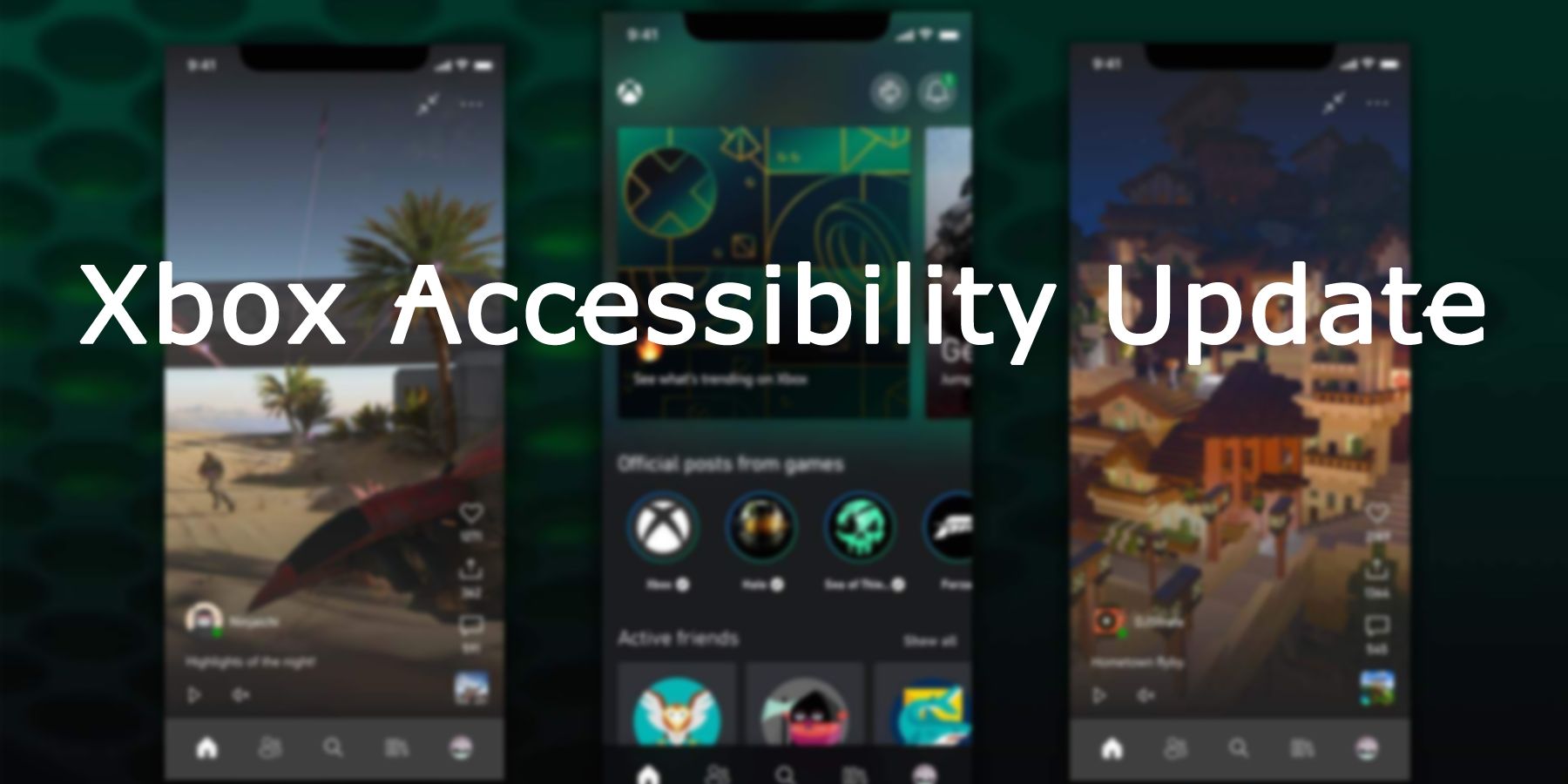 Microsoft is adding a bevy of new accessibility options for Xbox users in its newest update, including color filters, audio settings, and more.

The November update for Xbox has rolled out and offers several accessibility enhancements for Xbox Series X/S. Aside from the accessibility improvements for both Xbox consoles, there are several other updates ranging from a controller firmware update, updates to the Xbox app on mobile, and an updated layout for Xbox Game Pass.

As mentioned previously, the improved color filters are designed to help colorblind players or those with color vision deficiency. The color filters will let players customize their visual experience and help distinguish between colors that may otherwise appear similar. The example given in the blog was that modifying the appearance of red or green tones would make those colors more distinguishable to players with red-green color blindness.

There are several new options in the volume and audio settings for both Xbox One and Xbox Series X/S. Additional options like “Mute speaker audio when headset attached,” “allow passthrough,” and “mono output” are now available. The audio menu in Settings has also been overhauled to make finding relevant settings much easier.

Rounding out the accessibility updates is the addition of new featured tags. Developers are now able to “tag” their games with up to 20 common accessibility features that are used by the Gaming & Disability Community. This will make it easier for players to find the content that matches their needs and learn about the accessibility options before making a purchase. Tags can include things like adjustable difficulty, color options, input remapping, and custom volume controls. As of this writing, there are over 325 games that will have accessibility feature data published. In the coming months, there will also be the option to sort and filter tags.

A new firmware update is rolling out for Xbox wireless controllers, Xbox Elite Wireless Controller Series 2, and Xbox Adaptive Controller. These features were previously available on Xbox Series X/S controllers and are broken down into two categories. The first is better cross-device connectivity through the utilization of Bluetooth Low Energy. This will allow players to pair their controllers to multiple devices and swap between them with a double-tap of the Pair button. The second enhancement is reduced latency through Dynamic Latency Input. This will deliver controller inputs more efficiently to the Xbox console.

Finally, the Xbox mobile app will be getting new features. Link sharing is “coming soon” and will let players quickly generate a link to their recorded videos and screenshots to allow them to be shared online. Another inbound feature will be the ability to see the top trending content from Xbox gamers, which will allow players to watch, like, comment, and share posts of other players’ game captures. Last but not least, Xbox Game Pass is getting a new design to help users find the plan that is best for them.

Twitch reverses its fifth ban against popular streamer Amouranth, allowing her back on the streaming platform after just three days.