What’s In The Halo Infinite Season 1 Battle Pass: All Cosmetics And Rewards Explained 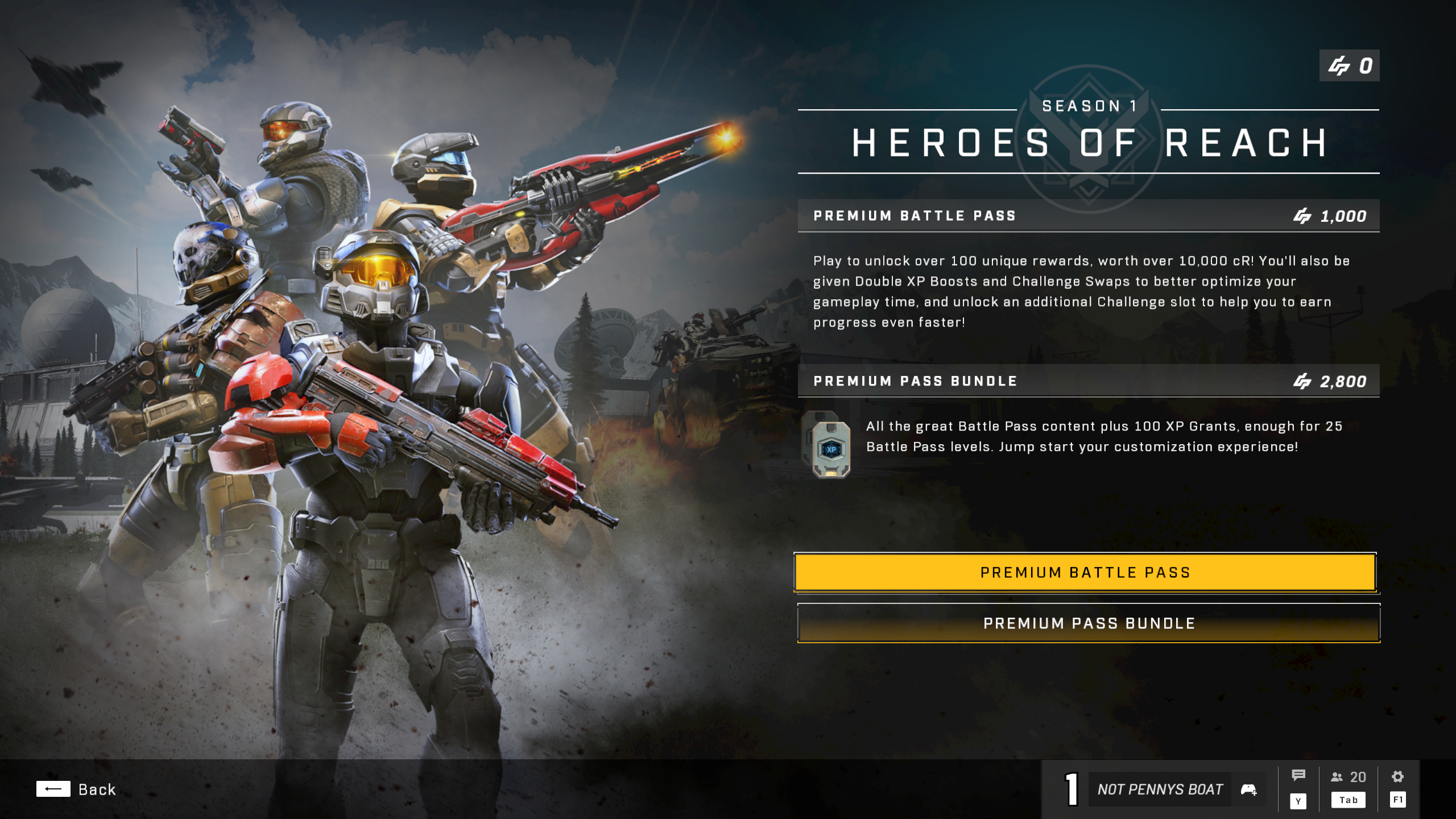 Halo Infinite is here–or at least its multiplayer beta and Season 1 battle pass are. With the launch of a new Halo in the live-service era, you can expect a host of new cosmetic rewards that will allow you to customize your Spartans like never before. The Halo Infinite battle pass contains such nitty-gritty details as shoulder pads and holsters, but also more sweeping cosmetic touches like armor kits and vehicle colors. If you’re dropping into Halo Infinite for the first time, here’s everything you need to know about the Halo Infinite Season 1 battle pass, including a look at all Halo battle pass rewards for this inaugural season. For more, check out how to level up the battle pass.

How much is the Halo Infinite battle pass?

Like a lot of games of this nature, the Halo Infinite battle pass can be accessed in different ways. If you’re not one to spend money on battle passes at all, there’s a free version that will grant you over 60 rewards in the game’s 100-tier battle pass. However, many of those tiers offer multiple rewards, meaning you’ll only be unlocking about a third of the game’s full run of unlocks, with most cosmetics remaining behind the premium battle pass paywall.

If you plan on buying into the Halo Infinite premium battle pass, you can access it instantly for 1,000 credits ($10), which will put you on track to unlock every reward along the way. Alternatively, you can buy the premium battle pass with additional consumable XP boosts for 2,800 credits or about $25 with the in-game bundle pricing.

This option offers a unique feature as compared to other premium battle passes. Because Halo Infinite battle passes don’t expire like their related seasons do, the usual 25 tiers you can elect to buy with the boosted battle pass are instead distributed as 100 consumable “XP Grants,” with each individual grant doling out 250 battle pass XP.

That means, should you decide to spend them all right away, you’ll still immediately find yourself at battle pass tier 25, but you could also choose to store them in your inventory for later use, either in a future battle pass or to help clean up the active battle pass when you’re seeking to jump a few levels. You could even split them up across several battle passes, as each one is spent individually as you see fit.

The Halo Infinite battle pass is going to hit you with a lot of unfamiliar terms right when you drop into the game, so we’re here to help. As we break down what’s included in the battle pass, we’ll also explain how each unlockable cosmetic item is applied to your Spartan or the greater Halo Infinite world.

The Season 1 battle pass theme is “Heroes of Reach,” which is expressed through the game’s offering of a number of Halo: Reach-related cosmetic rewards. Nostalgic players are likely to want to climb high up the battle pass tiers, as heroes such as Carter (tier 20), Jorge (tier 80), and Emile (tier 95) can be unlocked by dedicated players and sported in future multiplayer matches thanks to the game’s Kit category, which essentially acts as the shell armor for a Spartan. Below you’ll find an image gallery featuring a closer look at every single reward in the Halo Infinite Season 1 battle pass.

Each kit can be further enhanced and customized across a number of categories, such as armor coating, or colors, as well as fine-tuned armor tweaks to things like shoulder pads, visors, helmets, and more. Below you’ll find a glossary of terms so you know what to do with all the rewards you’ll unlock in Halo Infinite Season 1.

These cosmetics options are applied to your Spartan directly.

These cosmetic options are applied to your weapons, such as the Battle Rifle.

These cosmetic options are applied to your vehicles, such as the famous Warthog.

These cosmetic options alter your very own AI companion.

Note that this section also includes options for prosthetic limbs and body types, but these appear to not be battle pass items, so we have not covered them here.

These cosmetic options change how your Gamertag is displayed in multiplayer lobbies.

As you can see, there are lots of new terms to get familiar with, because the 100-tier Halo Infinite battle pass will routinely bestow upon you new rewards from each of these categories. Along with these cosmetic rewards, you’ll also earn consumable items, all of which are included in the free path of the battle pass. These consumables include Challenge Swaps, which allow you to replace your active weekly challenges for new ones, as well as XP Boosts, which grant you 30 minutes of double XP for each XP Boost activated.

While you can continue to unlock battle pass rewards even once a season has ended, the first season of Halo Infinite is set to run until May 2022, making this first season a rather long one as compared to the two- or three-month seasons we often see in other games. Time will tell if that’s a choice based on developer bandwidth or a long-term vision for the new live-service game. It’s probably a good thing that battle passes don’t expire, as the only way to level-up a battle pass is by complete challenges. At launch, there’s no other way to do it. We’ll see if 343 Industries tweaks that as the game continues.

In case you’re wondering, here’s how to download and play the free Halo Infinite multiplayer. We’ll see you in there, Spartan.