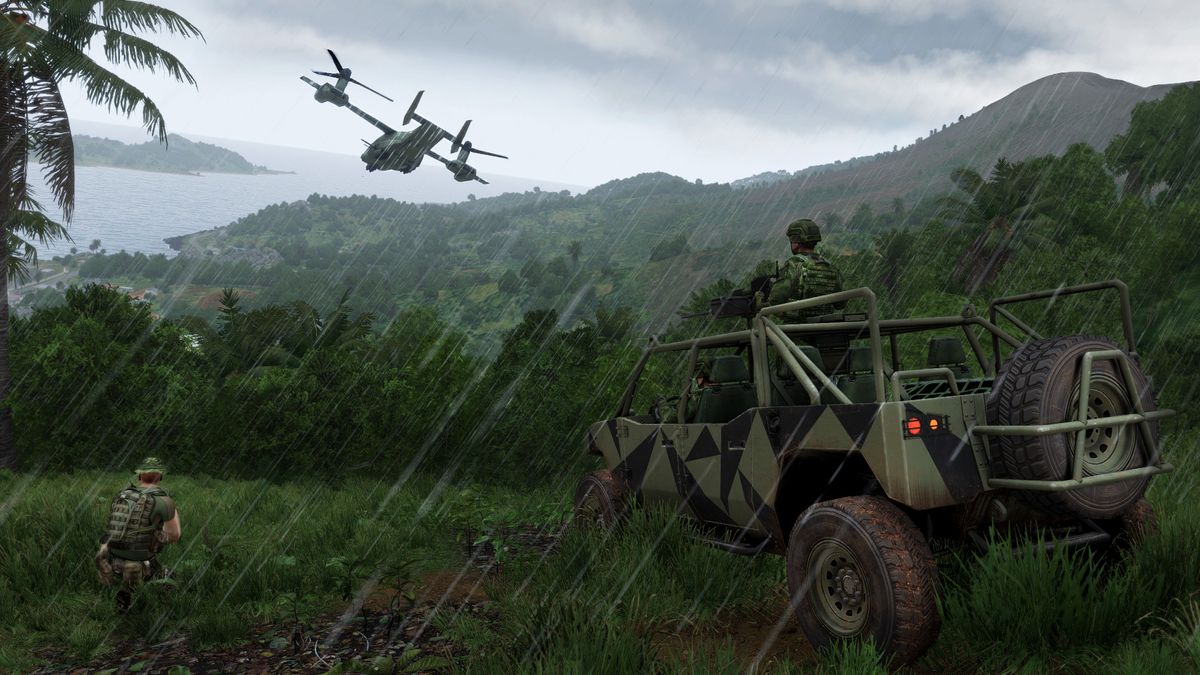 ARMA 3 developer Bohemia Interactive may have asked us to keep May 17, 2022, free for an update on the future of the ARMA military sim franchise, but it looks like details about the studio’s announcements have leaked a little early.

According to a post on r/GamingLeaksAndRumours from the aptly named informant, PlzDontBlame, a marketing and brand guide for a hitherto unknown ARMA game, ARMA Reforger, has popped up online.

Rather than share a handful of blurry photos or screenshots, the leaker has uploaded the entire document for all to see, and added a screenshot gallery to Imgur, too.

If the details within are true, the next game to release will not be ARMA 4 but ARMA Reforger, a new multi-platform shooter. That last bit is particularly interesting because up until now, the ARMA franchise has been an entirely PC affair, but this branding document says it’s coming to Xbox and PlayStation consoles, too.

When that is, I’m not sure; the wording’s a little confusing, and I’m unclear if it’s coming to PC and Xbox from the off with PlayStation releases to follow, or all will release simultaneously. Either way, it’s a big deal.

Reforger – designed to “introduce ARMA to a new console-oriented audience” and set in the 1980s during the Cold War – will be a premium product that won’t feature DLC or microtransactions, but will include unspecified “in-game monetization”. It will also “test new technology and design decisions to form the foundation for Arma 4” and have a “very strong multiplayer focus”.

Curiously, the document firmly emphasizes that it will be a “military simulation game” “as opposed to a simulator”.

This means there are no plans to release ARMA 4 anytime soon “due to the challenges in switching to [Bohemia’s] new Enfusion technology, as well as internal/external goals for the product”. Consequently, Bohemia says it “will not be able to deliver the full scope of Arma 4, will all its planned assets and mechanics, immediately on release”.

ARMA 3 takes a spot on our rundown of the 20 best simulation games to play right now, but most players will likely recognize the game more for its breakout zombie mod, DayZ.

“It is ARMA 3 which deserves some of the spotlight for what it brought to the military-sim table,” we wrote. “Bohemia Interactive executes the essential elements of sandbox strategy with aplomb, and ARMA 3 serves as an open-ended arena for organic, dynamic war stories that can be played out with friends and foes.”

There’s still a lot to get excited about in gaming this year. Here are the upcoming games of 2022 (and beyond) we really just can’t wait for.