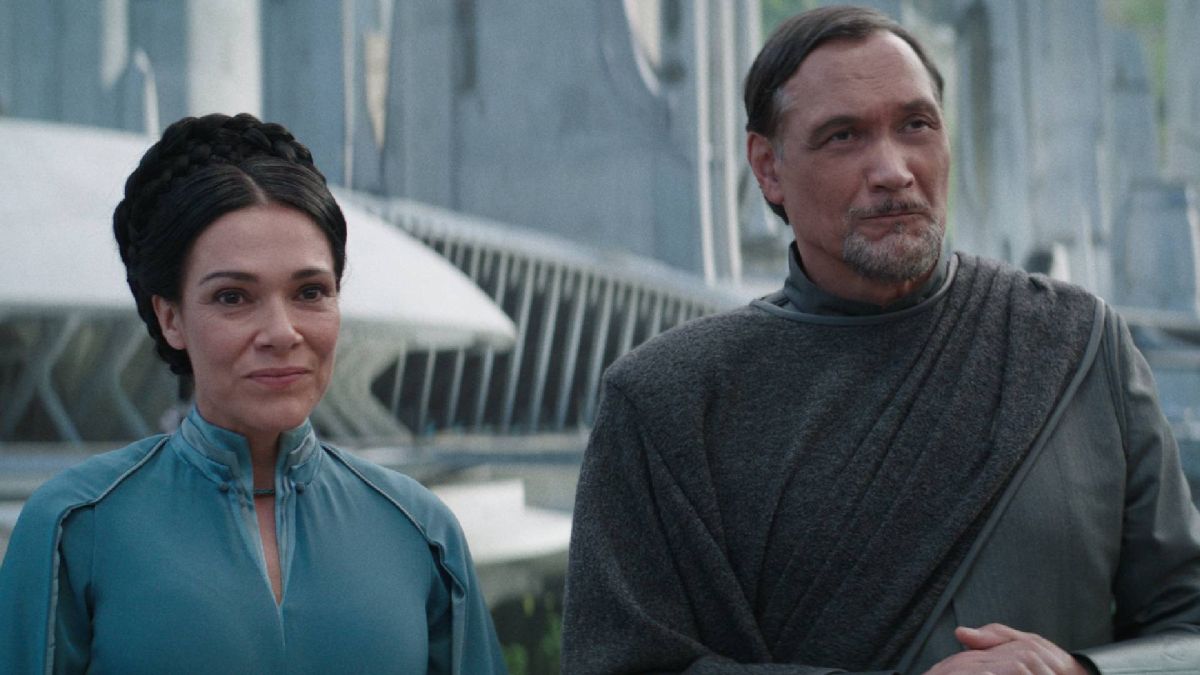 Warning: Major spoilers ahead for Obi-Wan Kenobi episode 6! Turn back now if you haven’t seen the finale on Disney Plus.

Obi-Wan Kenobi’s interactions with young Leia Organa have been a highlight of the Disney Plus series and the finale episode brings their story to a close with an emotional exchange that perfectly sets up A New Hope.

After Obi-Wan’s taking on Darth Vader allows Leia to escape the clutches of the Empire, the Jedi master heads to Aldeeran to return Leia’s droid, Lola. Obi tells Bail Organa that he hopes the “day never comes” when they need his help again. He then goes to Leia and speaks about her her parents: how she is “wise, discerning,  and kind-hearted” like her mother, and “passionate, fearless and forthright” like her father. Their exchange ends with Leia asking if she’ll ever see him again.

“Maybe, someday, if you ever need help from a tired old man,” Kenobi replies. “But we must be careful, no one must know, or it could endanger us both.”

The moment perfectly sets up Princess Leia’s actions in Star Wars: A New Hope. At the beginning of Episode IV, she sends a message to Obi-Wan after her ship is taken over by the Empire. She asks Obi for his help in a speech sent via R2-D2.

“General Kenobi, years ago you served my father in the Clone Wars,” Leia tells him. “Now he begs you to help him in his struggle against the Empire.” She had been on her way to relay the message in person, but failed when Darth Vader intercepted her passage. Her message ends: “This is our most desperate hour. Help me, Obi-Wan Kenobi. You’re my only hope.”

Obi-Wan is visibly emotional as he watches the message – and now viewers think the moment has taken on a new meaning thanks to the series.

“Obi-Wan Kenobi has forever changed how I see A New Hope and I’m not mad about it one bit – thank you Deborah Chow and co,” one wrote (opens in new tab). While another added (opens in new tab): “Such an incredible tribute to Kenobi. I’m so glad they developed the relationship between Obi and Leia, it just made so much sense, and now A New Hope has a new meaning.”

Another viewer (opens in new tab) called their exchange “so beautiful” While a fourth penned (opens in new tab): “I really like how they tied Obi-Wan’s story to match where he is in A New Hope and set up Leia’s character well to match her story in ANH.”

There are plenty of other callbacks in the final episode, including a cameo from Qui-Gon Jinn, as well as Ewan McGregor’s Obi-Wan finally saying his iconic line. And while Obi-Wan Kenobi season 2 hasn’t been confirmed yet, we have the lowdown on whether it could happen.