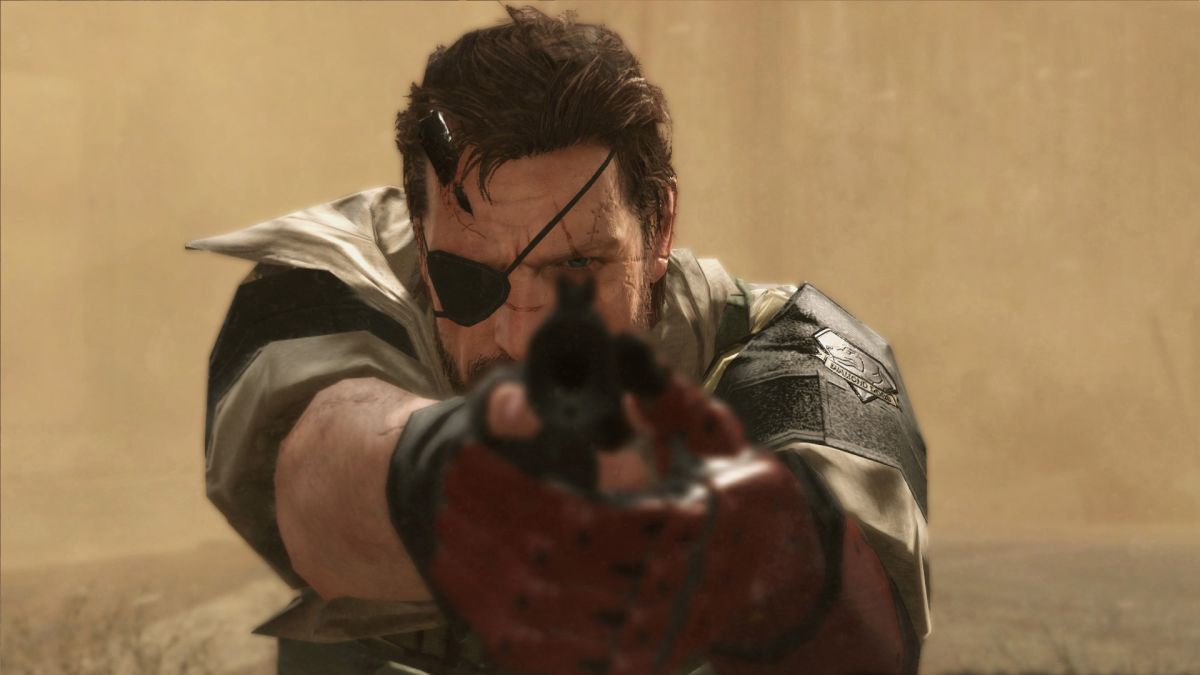 An alleged alpha build of Metal Gear Solid 5: The Phantom Pain recently surfaced online, raising eyebrows among game preservationists eager to see an early version of the troubled and heavily cut game, as well as Metal Gear theorists hoping to confirm years-old speculation. Sadly, the whole thing was apparently a hoax orchestrated by someone, in true internet fashion, named after a horse penis.

A few days ago, a now-deleted Reddit account posted a curious claim to the PS3 homebrew subreddit. Per an archived version of the deleted post, they said they’d received a PS3 test unit from a “family friend” who’d worked on the alpha build “of a video game” around 2014. They didn’t specify or even seem to know what game it was, but the attached screenshots – purportedly taken many years ago – made it clear that the game was Metal Gear Solid 5, and the timeline fit with its 2015 release.

Many users were quick to skewer the undeniable ‘my dad works at Nintendo’ vibe of the post, but the allure of a potential MGS5 alpha was enough to draw some people in. The post spread to the tin foil hat enjoyers at NeverBeGameOver, a think tank of sorts for Hideo Kojima games, as well as the main gaming leaks and rumors subreddit. There was only one problem: this user said they’d sold the test unit several years ago. However, they also claimed to have made and kept a copy of the unit’s hard drive.

This posed a new problem: these PS3 hard drives are system-specific, so to access the alleged alpha, they’d need to either crack Sony’s arcane drive encryption or track down the test unit they’d allegedly sold off – both Herculean, if not impossible tasks. This user claimed to at least have the serial number of the test unit they’d sold, though they said they couldn’t reveal it and risk trouble for the aforementioned family friend. Metal Gear Solid fans have arguably pursued flimsier leads, so the search began.

At least, it should have. On May 16, Twitter user Miles, owner of the YouTube channel Hikikomori Media, put out a tweet spotlighting the stranded alpha build in the hopes of prying the drive open. Hundreds of intrigued fans and preservationists poured in, acknowledging the hopelessness of the endeavor but eager to try the odds. Trusted FromSoftware sleuth and PlayStation modder Lance McDonald even briefly got involved in the hunt.

Unfortunately, the build and all the posts attached to it evaporated overnight, and the user behind the farce was unmasked shortly after. We reached out to Miles to get a handle on how this mess exploded and then imploded just as quickly.

“I know many preservationists due to my work on the CBOMB story. So I figured I would try to get one of my compadres in the scene to help this guy out,” he tells GamesRadar+. Miles agreed that the post looked shaky, but says he “sincerely wanted to help this stranger and the greater gaming community.”

“I gave them the benefit of the doubt, because it was a piece of media with historical significance to Metal Gear. Highly coveted. It was worth the risk to my reputation.”

With some help, Miles kept digging even after the initial Reddit post was deleted. “We were still holding out hope to try to help them get this data preserved and start a campaign to find the lost test kit,” he says. “I had several people from the Metal Gear community, game preservation societies and other YouTubers lend their talents.”

However, Miles says “one of the Metal Gear guys tipped me off early on that it may be a ruse constructed by a man named The Hung Horse.”

The Hung Horse was one of the sources cited in a recent Did You Know Gaming video which collected findings and theories from Metal Gear Solid 5 fans, including the Anti-Nuke Gang apparently led by The Hung Horse, arguing that the disarmament event tied to its in-game nuclear weapons is actually impossible to pull off.

Miles describes The Hung horse as being “fairly respected in that community, but known for elaborate tricks.” He says that, at the time, he still believed the post was from someone else, but “was told HH went silent when he was pressed on this thread using my tweet.”

Things quickly unraveled from there. Miles shared screenshots of DMs from The Hung Horse’s now-deleted Twitter account as well as Discord conversations. The user claimed to be “the guy who posted that Reddit post” and asked for any mention of the test unit serial number to be pulled.

“Me posting that was a mistake, you need to understand,” Discord messages from TheHungHorse read. “That’s why I sent you those messages last night immediately after you posted that tweet of the post. It’s a fake, okay? Just like how that picture you just shared on my server was fake. Anyone can use inspect element. As some people suspected, I used Infinite Heaven + some HxD tricks to pull off those images.

“It was all an elaborate ruse to test Metal Gear players,” the message continues. “I am truly sorry for anyone I have offended. I just wanted to see if people would respond similarly to the Chapter 3 rumor, and to my surprise, they reacted very similarly.”

The rabbit hole of regretful trolling continues, and Miles even shared sentiments from Did You Know Gaming disavowing The Hung Horse, but the message was clear: if there is a lost Metal Gear Solid 5 alpha out there, it wouldn’t be found here, in the shadow of a horse penis.

“If the alpha was real and this was Hung Horse’s way to get help tracking down the test kit, he went about it in the dumbest possible way,” Miles says of the fake. “I had a whole preservation team at the ready. Willing to help him dump the HDD and cross-reference serial numbers … My primary concern in this was to help the alpha get preserved. What happened afterwards was just a bonus.”

The original cut of Metal Gear Solid 5 has been a white whale to countless fans for many years, and this alpha had the potential to become a breakthrough for the game’s community, as unlikely as it was. But this isn’t the first time a phony has disheartened game theorists and preservationists, and Miles reckons it won’t dent the Metal Gear Solid community’s still-ravenous hunger for more details on what The Phantom Pain might’ve been. Just look at the updates to the Reddit cross-posts sharing the original claim, which remain dogged despite the fallout from the hoax: “One day the truth may come out, but for now, I encourage you to take a look at the facts known so far and come to your own conclusion.”

“A lot of people have poured their souls into trying to fill in the ‘Phantom’ gaps,” Miles says. “It’s a dead franchise that’s dear to millions and it ended on a bitter note. I feel this alpha was the ‘missing piece’ to bring closure. I’m still hopeful. I have seen what the preservation community is capable of. They’ve brought back many pieces of lost media when we least expected it.”

In other bizarre Metal Gear news, Kojima originally wanted the game to have pet rats for Snake to raise.