Streamlabs accused of copying material for its console streaming platform 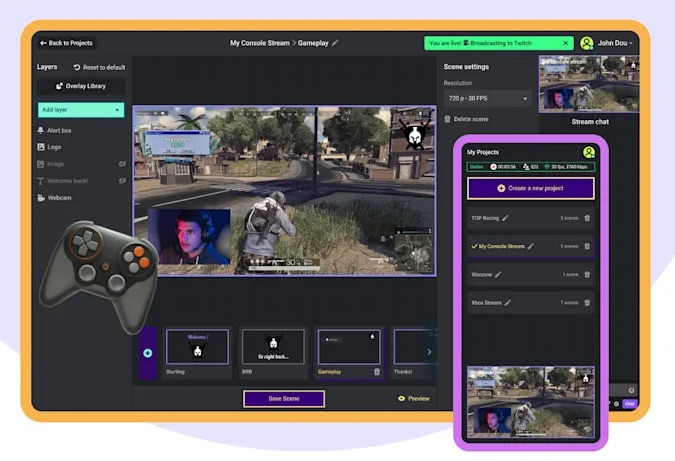 Streamlabs is coming under fire for material used to launch Xbox streaming platform — and beyond. As Eurogamer reports, rivals have accused the company of copying web material, naming schemes and possibly functionality. Lightstream, for instance, noted that the initial website for Streamlabs Studio was extremely similar to its own, including (as streamer iamBrandon discovered) the user reviews. Streamlabs said this was an “error” that put placeholder text on a live site, and the planned copy was now in place.

That’s only the start of the accusations, however. OBS complained that Streamlabs used OBS as part of its broadcasting software name (Streamlabs OBS, or SLOBS) despite being asked not to. While Streamlabs has technically honored the terms of the GPL license used for OBS, it allegedly “disregarded the spirit” of open source software. Elgato, meanwhile, even implied Streamlabs’ Stream Deck was borrowing at least the name (if not features) from its Stream Deck Mobile app.

We’ve asked Streamlabs for comment. However, the plagiarism accusations have already led to a significant backlash. Top streamers Pokimane and Hasanabi have both threatened to stop using Streamlabs’ products (and in Pokimane’s case, remove her name from the platform) if it didn’t address the situation. Simply put, Streamlabs might lose some of its best-known customers if it doesn’t act quickly.