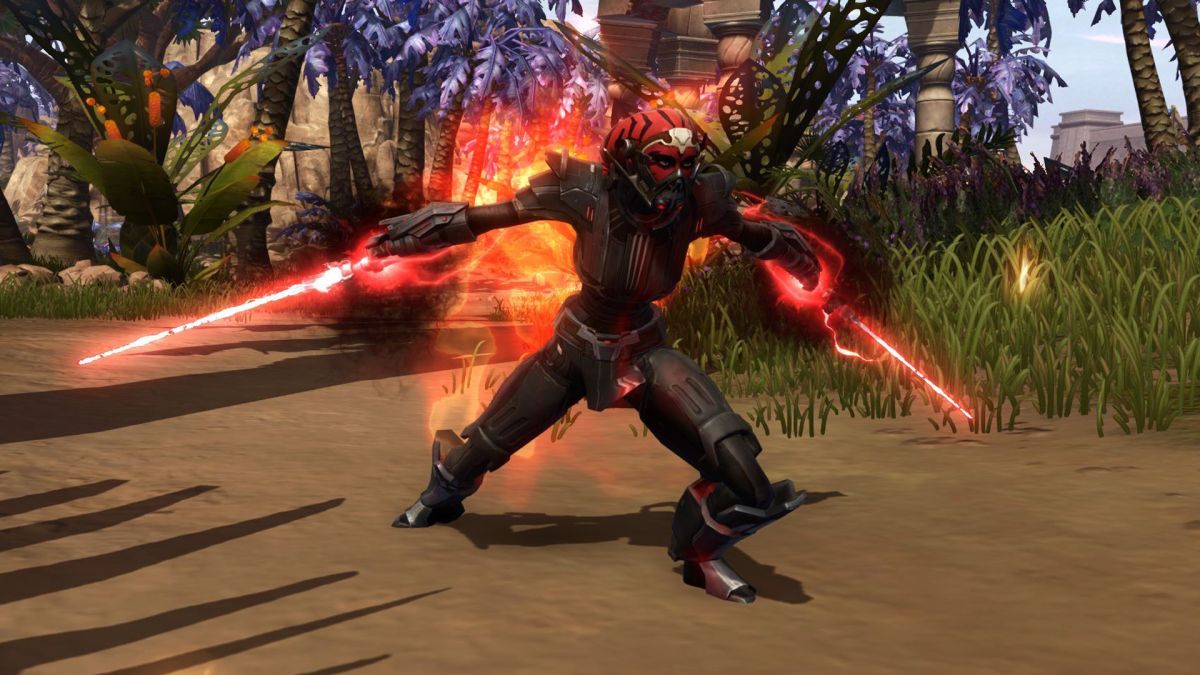 Developers are taking to social media to share bizarre anecdotes about how certain in-game mechanics work behind the scenes, including former BioWare developer Georg Zoeller.

In the MMO Star Wars: The Old Republic, “exploding barrels are filled with shrunken invisible people, as only people are a valid damage source,” Zoeller explains in a message shared to Twitter by Ubisoft’s Palle Hoffstein. “Yes that’s right, someone is blown to bits every time you shoot an exploding barrel.”

Zoeller says that these invisible people were at first “complex models with transparency applied” – but that killed the game’s frame rate, leading to a search-and-destroy mission to replace them and save on performance.

On Knights of the Old Republic, Zoeller explains (opens in new tab), “all global quest variables on a certain planet were stored on an untargetable ambient creature. Turns out AOE effects could still acquire the creature and kill it, breaking your game.”

Zoeller also has an extended note about how hacked-together many features in Neverwinter Nights were, but one bit stands out: in the DLC, “your horse is actually a cloak.”

These sorts of anecdotes from game developers have been shared all over social media this week. We’ve learned how Fallout 3 relied on a constantly exploding illusory mansion, and how horses in the original Assassin’s Creed are “just twisted f***ed up human skeletons.”

The best BioWare games seem to hinge on some pretty creative hacks – and it looks like that sort of thing is not unusual in game development.