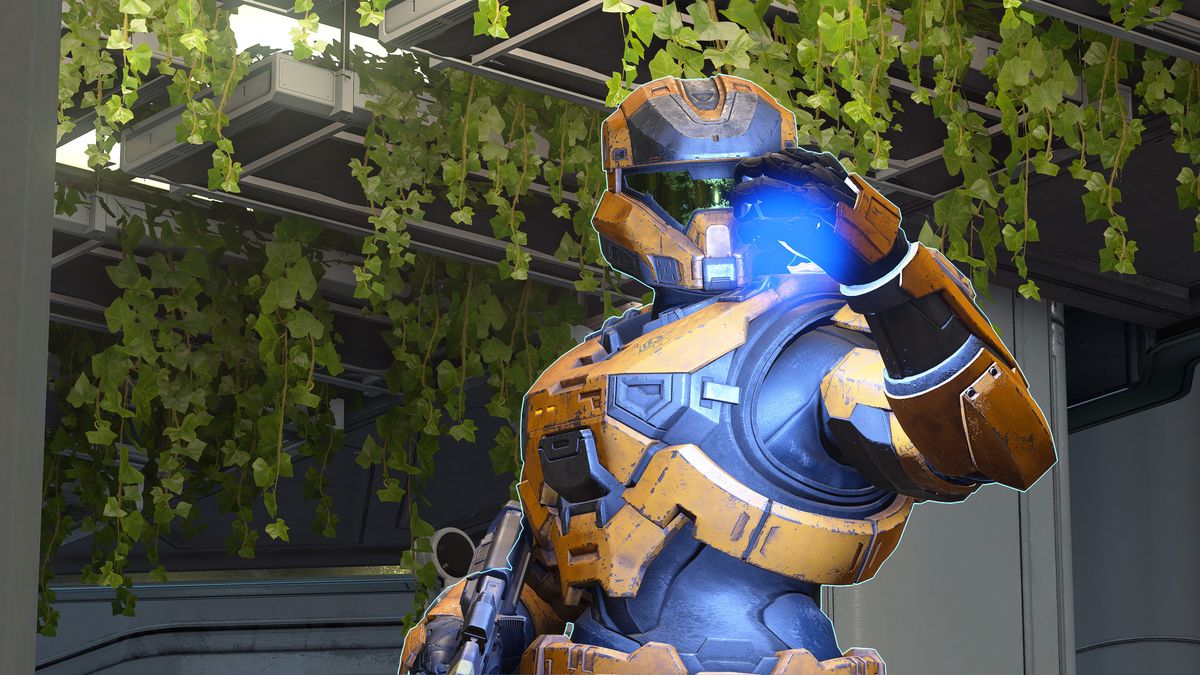 Halo Infinite is out now, and as I so wisely predicted back in Summer, is an absolute blast. But while the moment-to-moment running and gunning may be 343’s best yet, the studio is having a decidedly tougher time convincing fans it can handle this new free-to-play transition for Halo.

Before launch, 343 earned affection with claims that Infinite’s battle passes will stick around forever. Unfortunately, it seems like it’ll take forever to complete even one of them—pass by the Halo subreddit, and it becomes immediately clear there are a few frustrations with the speed of Infinite’s progression.

The problem is that, unlike many similar systems, Halo doesn’t offer a flat XP gain for finishing a match or performing well. Rather, battle pass progression is based solely on weekly challenges (resetting each Tuesday), with a basic daily challenge that gives a paltry 100xp for playing a game. With 1000xp required to reach even rank one, the going goes slowly. I played five games this morning myself and barely made a dent.

Those challenges are complicated further by the fact that some weekly challenges require playing certain game modes. As Tyler C already pointed out, you can’t just hop into a 24/7 Slayer playlist, and the same goes for CTF, Strongholds and Oddball—modes I’m currently tasked with playing for challenges.

The idea of completing 100 of these levels feels immediately offputting at this pace, and it’s only doubled by the fact that Halo’s customisation options are all a bit, well, naff. The current Pass has a handful of fairly snazzy unlocks to let you cosplay Halo Reach characters, but most levels will give you a dull new helmet, kneepad or armour coating (colour scheme).

Halo: The Master Chief Collection’s seasonal unlock trees had similar rewards, but by default you had enough options (and a completely freeform colour system) to make a Spartan that still felt your own. Infinite, in contrast, barely gives me any tools to stand out.

Here’s the thing: I don’t hate battle passes. Despite having serious concerns about many ways that game monetises (laden down as it is with loot boxes and limited-time offers), I still buy the Apex Legends pass every season because it feels like a fair way to support a free game I’m playing for hundreds of hours.

Yes, most of the cosmetics are unusable to me as a horrible Horizon one-trick, but I’m unlocking them at a brisk pace through regular play, and there’ll probably be at least a few weapon skins or charms that find their way into my rotation. But more importantly, I’m not going out of my way to chase challenges that’ll only net me a naff Mozambique skin and some crafting materials.

Halo Infinite even promised to fix the issues I do have with battle passes. It’s frustrating that I’ll never get to drop into Apex to the sounds of synthy bagpipes because I wasn’t playing in Season 7. Seasonal FOMO sucks, and it’s good to know that I’ll never miss the chance to dress my Spartan up as Jorge from Halo Reach because this season’s goodies straight-up aren’t going anywhere.

But I’ll probably never get the chance anyway, because I can’t see myself tearing my hair out climbing this pass as-is. A good battle pass lurks in the background, granting you new toys and occasionally nudging you with new ways to climb the ranks faster. Infinite’s makes me feel like I’m constantly being punished for playing the game wrong, and it’s a problem that’s only going to become more heightened as new seasons drop with their own passes. We have 6 months to plug towards Season 1, sure—but what happens once Season 2, 3 and 4 roll in? Will we have to split our time and progress between multiple passes at once?

I don’t envy 343 the challenge of having to figure out what a good Halo battle pass looks like. Halo armour is spartan by design—it’s what you manage to create with the parts and colours available that makes your soldier special. The Master Chief Collection struck a nice balance of giving you enough basics to work with while keeping more esoteric designs to its seasonal passes, but as later seasons would prove, it’s all too easy to push into the outright ridiculous.

It’s hard to create singular, compelling outfits in a world where the most iconic character is a walking green tank with a motocross helmet. But I think Infinite has mostly done a good job of creating interesting armour parts within an established style. All I want is to be able to unlock those parts at a brisker pace.

I’m having a blast playing Halo Infinite this week, and I’m excited to see how our regular Halo group takes to it over the coming months. But I immediately regret spending money on a battle pass that commits the cardinal sin of being both slow and uninspiring. Unless something dramatically changes, it’s hard to see myself paying up next time 343 comes to my door with another season of trinkets.