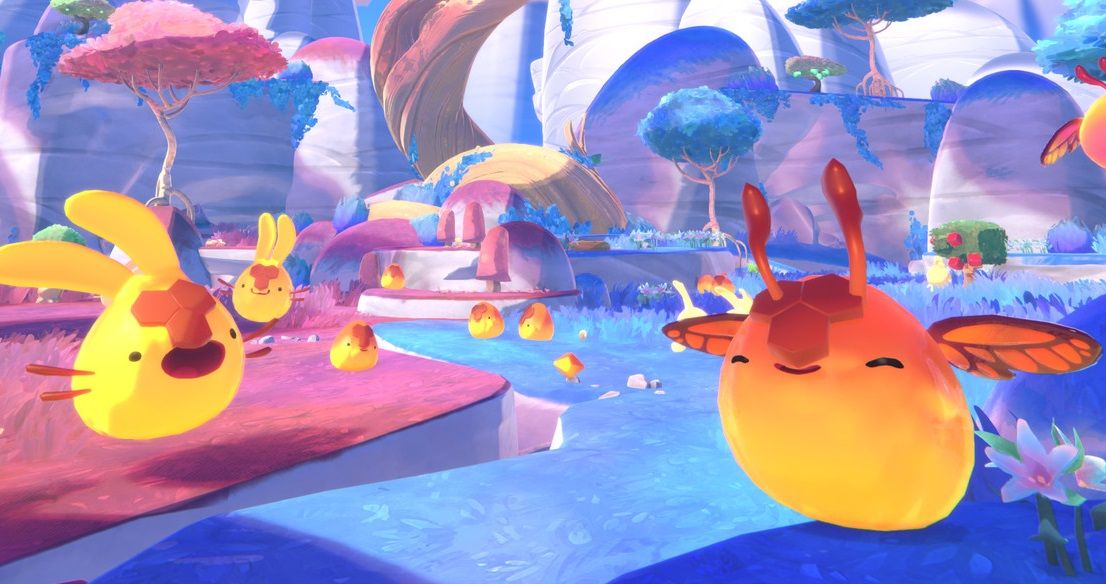 “I had a pipe dream in my head that we could sell 100k copies of Slime Rancher 2 in the first 24 hours if the stars aligned,” Popovich wrote (opens in new tab). “We did that in less than 6 hours.” In a different tweet (opens in new tab), Popovich revealed that a single hour of sales beat Monomi Park’s previous best day by “a literal order of magnitude.”

Slime Rancher 2 takes the first game’s protagonist, Beatrix, to a new locale, the Rainbow Island, and expands on its lineup of goopy guys while also letting players build a fancy new conservatory. The community on Steam is responding very well to developer Monomi Park’s changes. The game has maintained an “Overwhelmingly Positive” score across 2,900 reviews and counting.

My favorite takeaway was from user god gamer xchad (opens in new tab), who simply stated, “The voices in my head are quiet again thank you monomi park.” Damn, Slime Rancher 2 must be really good, maybe it could help me with my issues.

To see if Monomi Park’s latest quieted the voices in our heads, be sure to check out our in-depth Slime Rancher 2 impressions (opens in new tab). You can wishlist the game now or purchase it yourself for $30 on Steam (opens in new tab).