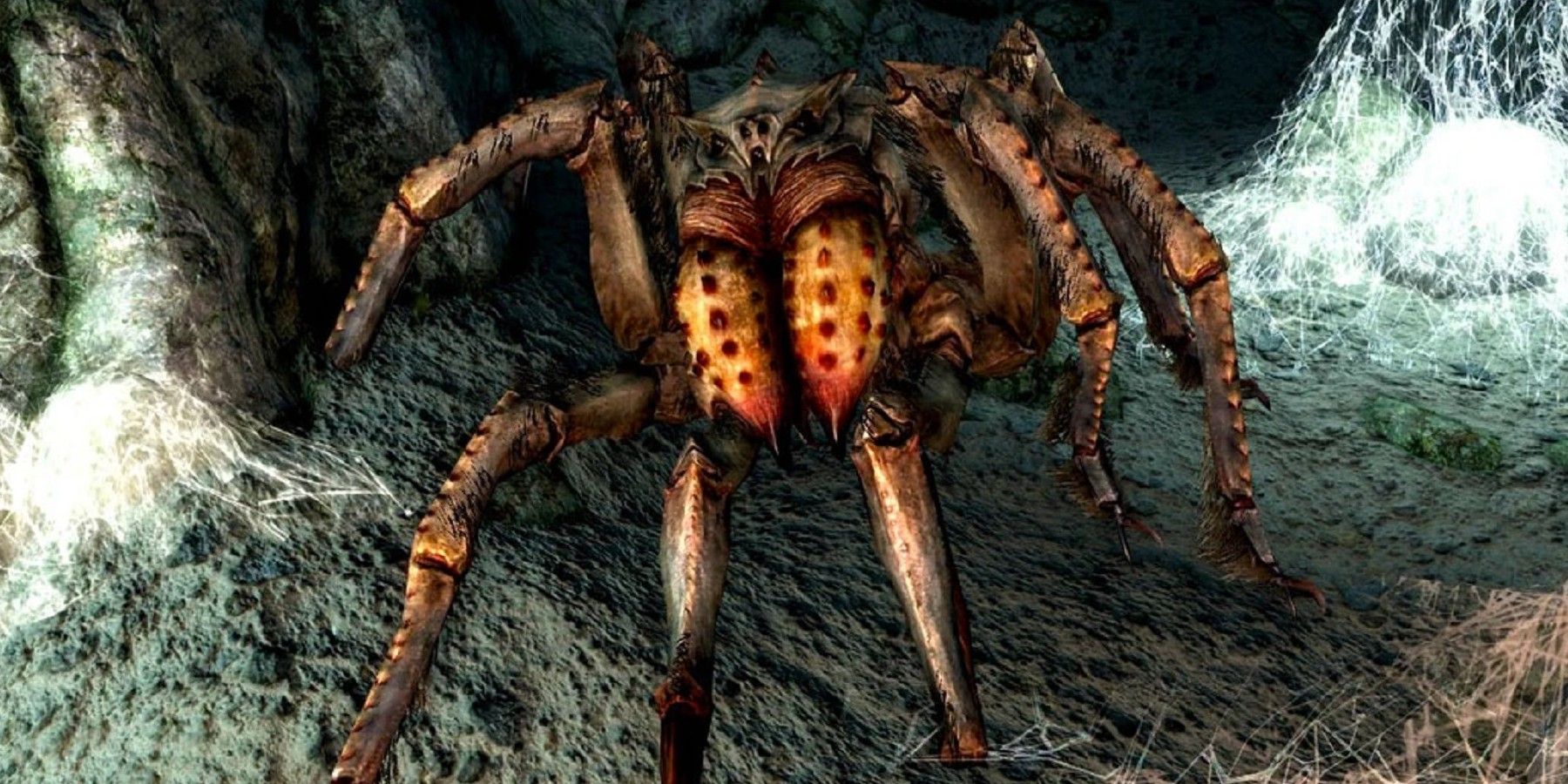 The many animals and NPCs of Skyrim are known to respond to the player in strange ways depending on the circumstances, and this continues with the recent release of the Anniversary Edition. One Skyrim player has come across such an occurrence as an elk and spider duo surprisingly team up to kill the powerful Dragonborn.

Reddit user The-govnah posted a clip of their adventure through the world of Skyrim in which they are attacking an enemy spider near one of the early game locations as an elk approaches with an aggressive demeanor. Typically, when players are ambushed in such a way, the onslaught includes one of the countless randomly spawning Skyrim dragons, but The-govnah’s video exclusively focuses on two lower-powered enemies in the open world. Although similar attacks are occasionally accompanied by an appearance of the Courier or Madwoman, The-govnah’s character is killed so quickly that they couldn’t respond to the introduction of the elk, let alone a suddenly manifested NPC.

The-govnah’s clip begins with the aforementioned Skyrim spider lunging at the Dragonborn as the player slashes at it with an Imperial sword from the third-person perspective, which shows off their heavy armor and iron shield. The Skyrim player is quickly poisoned by the spider in the video as their sword strikes also light the enemy on fire, presumably due to an enchant on their one-handed Skyrim sword. Just as The-govnah reduces this spider’s health by about one quarter, an elk shows up to help the spider, remarkably reducing the remaining sliver of the player’s health.

Coming in with just one powerful attack, the elk in The-govnah’s Skyrim clip kills the unwitting player before they’re able to block the oncoming attack. The Skyrim video concludes with the animals standing victoriously above the defeated Dragonborn as the elk takes a step to one side while maintaining eye contact with the corpse of their fallen foe as if still aggravated. It’s currently unclear why the elk and spider teamed up against The-govnah, given that the player hadn’t yet attacked the elk, but it’s likely that the enemies killed the Skyrim Dragonborn so easily because the player appears to be low-level.

Although many of the reactions to The-govnah’s clip express condolences on the unfortunate timing of the elk attack, others compared the animal to a professional wrestler with how quickly it came into view just to kill the Dragonborn. One Skyrim fan noted the hilarity in the normally peaceful Skyrim elk defeating the Dragonborn so easily by suggesting it should be the new Dragonborn after absorbing the soul of The-govnah, which is what players normally do after killing a dragon. Another Skyrim player pointed out that the spider’s poison may have been what ultimately killed The-govnah in their video despite the convenient timing of the elk’s arrival.