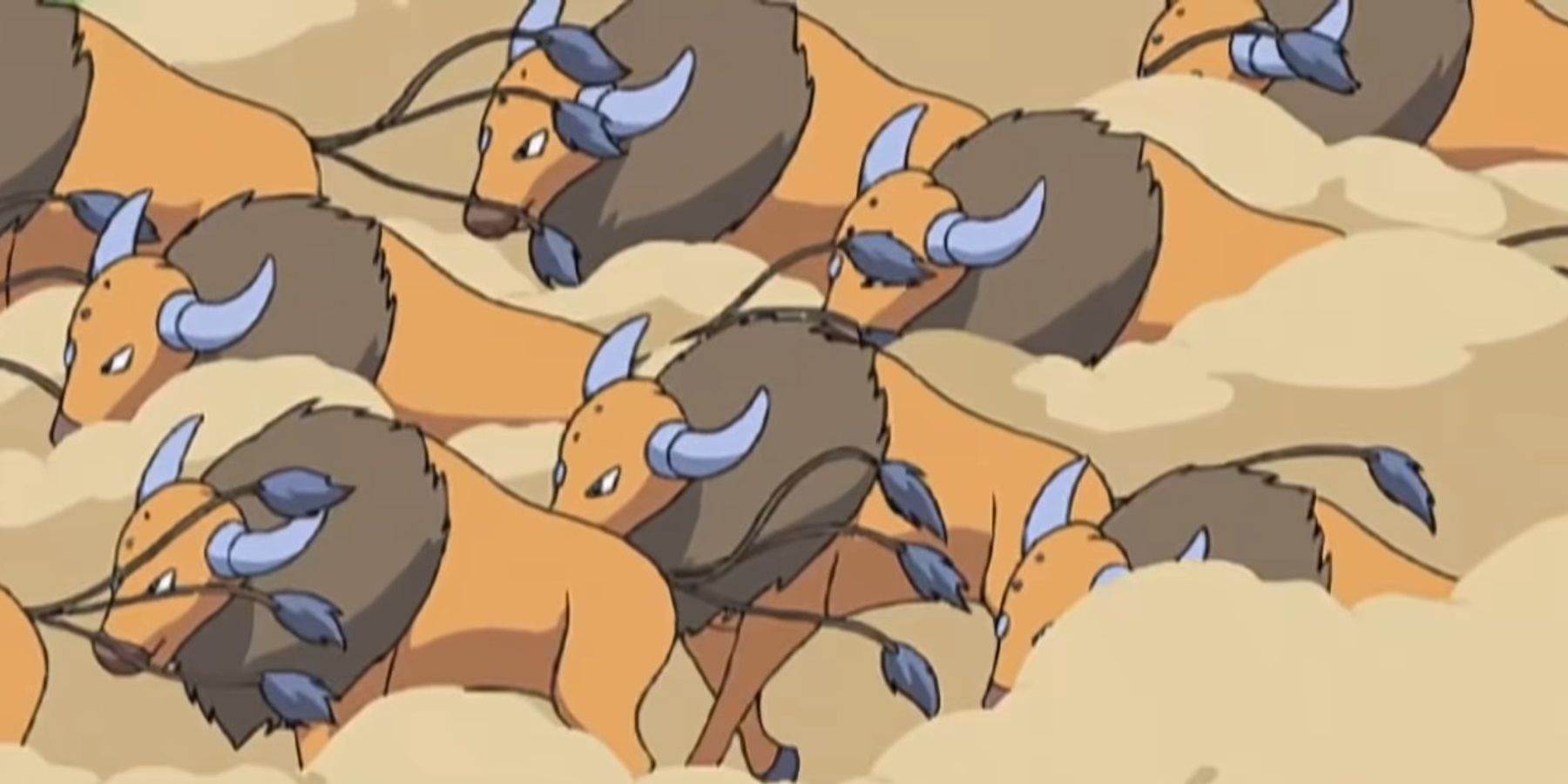 A Pokemon fan shares a piece of art they created that combines the pocket monsters Tauros and Spiritomb into one interesting creation.

A Pokemon player has mixed Tauros and Spiritomb into a unique creation. One type of art that fans of Game Freak’s RPGs like to make involves mashing together two pocket monsters into one creature. This has led to a number of Pokemon fusions or combinations, many of which are unexpected.

The Pokemon Tauros and Spiritomb have very little in common. Tauros is a Normal-Type that debuted in Generation 1 of the Pokemon series, while Spiritomb is a Ghost/Dark-Type that was released in Generation 4. Despite this, one gamer has created a piece of art that combines the two into an interesting mixture.

A Redditor named HoundoomKaboom brought together Tauros and Spiritomb to make a compelling mixture of the two Pokemon. The artist’s piece features Tauros’ body, mane, and three tails. However, the creature’s head is made of a bull’s skull and has Spiritomb’s eyes and smile. The pocket monster’s mane is now purple and includes the green orbs that can be seen in the Ghost-Type Pokemon’s face. The Pokemon’s tails have green and purple flames at their tips, while spikes that look like bones run down its back. HoundoomKaboom’s art does a good job of bringing together two pocket monsters with very little in common and turning them into one fantastic piece.

HoundoomKaboom’s post is becoming popular and has almost 1,000 upvotes. Many commenters have stated how much they love the art, though some have mentioned that the fusion is not something they would have expected. One fan joked that an opposing Pokemon would see the Tauros and Spiritomb combination, say “nope,” and return to its Pokeball. Another gamer said that the pocket monster looks amazing and that a Ghost/Normal-Typing would be powerful. While the combination of the two creatures is not something that many would expect, such a Pokemon could have a lot of potential were it actually in the games.

This is not the first time that HoundoomKaboom has combined Spiritomb with another Pokemon. The artist also mixed the Ghost/Dark-Type with the Rock/Flying-Type Minior. The resulting pocket monster features a Minior that has been split in half from which the Spiritomb is emerging. The creature is no longer purple, but is instead black with a pair of blue eyes and a blue mouth. Surrounding the pocket monster is a white and yellow fog with red stars and orbs strewn throughout. HoundoomKaboom’s mixture of Spiritomb and Minior has led to another creature that is not expected, much like the Tauros fusion, but is an interesting combination that bends the imagination and looks great.

Pokemon Scarlet and Violet will release on November 18 for the Nintendo Switch.