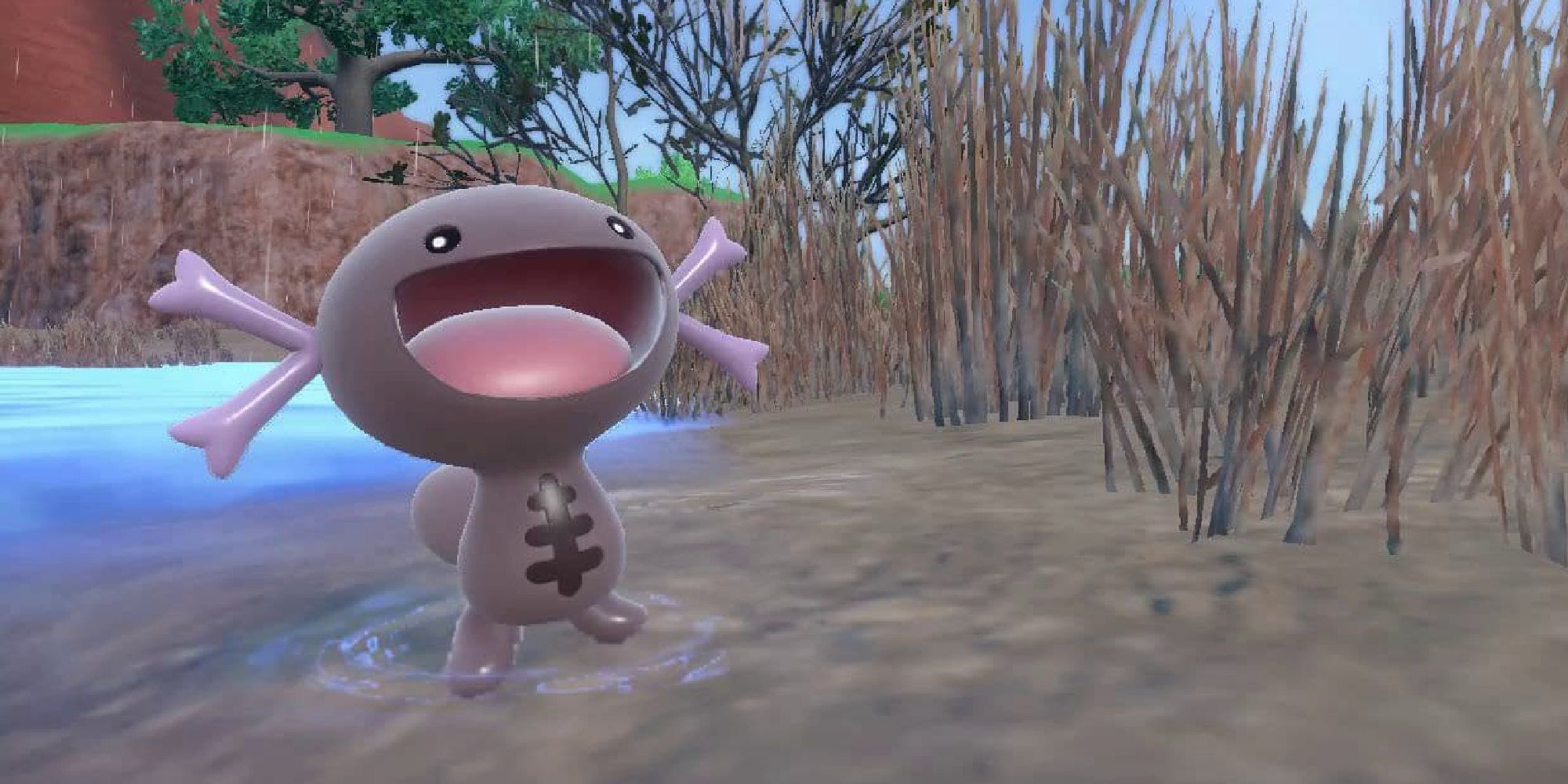 A creative Pokemon fan shares an interesting art piece featuring Wooper and the Paldean Wooper, who was revealed in the latest trailer.

With one of the largest fan bases for movies, video games, and television shows, Pokemon is one of the most well-known franchises ever. As such, it is no surprise that Pokemon Scarlet and Violet are highly anticipated by Pokemon enthusiasts. The most recent trailer provided further information about the new games, revealing that players will travel through the Paldea region while attending one of two academies. The trailer only showed a small number of new Pokemon. The first Regional Form of Pokemon Scarlet and Violet was introduced, too, and the Paldean Wooper will be a Poison/Ground dual-type Pokemon.

Wooper is a dual-type Water/Ground Pokémon first seen in Generation 2 of the Pokemon series. Wooper is a blue, dimwitted Pokémon with small, rounded, black eyes and a huge head compared to its body. It spends most of its time in cold water, occasionally leaving it as the evening air becomes cooler to forage for food along the shore. It has been deemed one of the cutest Pokemon of the franchise and is often the focus fan art, such as the impressive 3D design featuring Wooper. Now, a fan has made an interesting digital art piece featuring Wooper and the Paldean Wooper.

Recently, Reddit user QuantumF0am published a fascinating art piece captioned,” Johtonian Wooper Trying to Stay Hip.” In their creation, the original poster shows Wooper covering itself in mud to look like the newly introduced Paldean Wooper. The image shows the Paldean Wooper confusingly looking at Wooper, standing in a mud pool. The creation has been adored by the Pokemon Scarlet and Violet community and has garnered more than 5k upvotes and numerous comments.

Fans gave a lot of positive reactions to the art in the comments section and also had some discussions about it. Some fans thought that the word Johtonian should not be used before Wooper, and they should be called just Wooper, as it is the original form of the pocket monster. Fans also joked and filled the comments section with the word “Pooper,” as fans of the community have jokingly started to refer to Paldean Wooper as ‘Pooper’ since its initial introduction in the trailer.

Similar art pieces featuring other Pokemon from Pokemon Scarlet and Violet are quickly flooding the internet. Most of this fan art is focused around the three starter Pokemon that will be featured within the game, such as a fan’s recent design of the final evolution of Fuecoco.

Besides the introduction of Paldean Wooper, the trailer also revealed many vital details about Pokemon Scarlet and Violet. The trailer revealed information on the gameplay, character customization, treasure hunt, new Pokemon, and more exciting features.