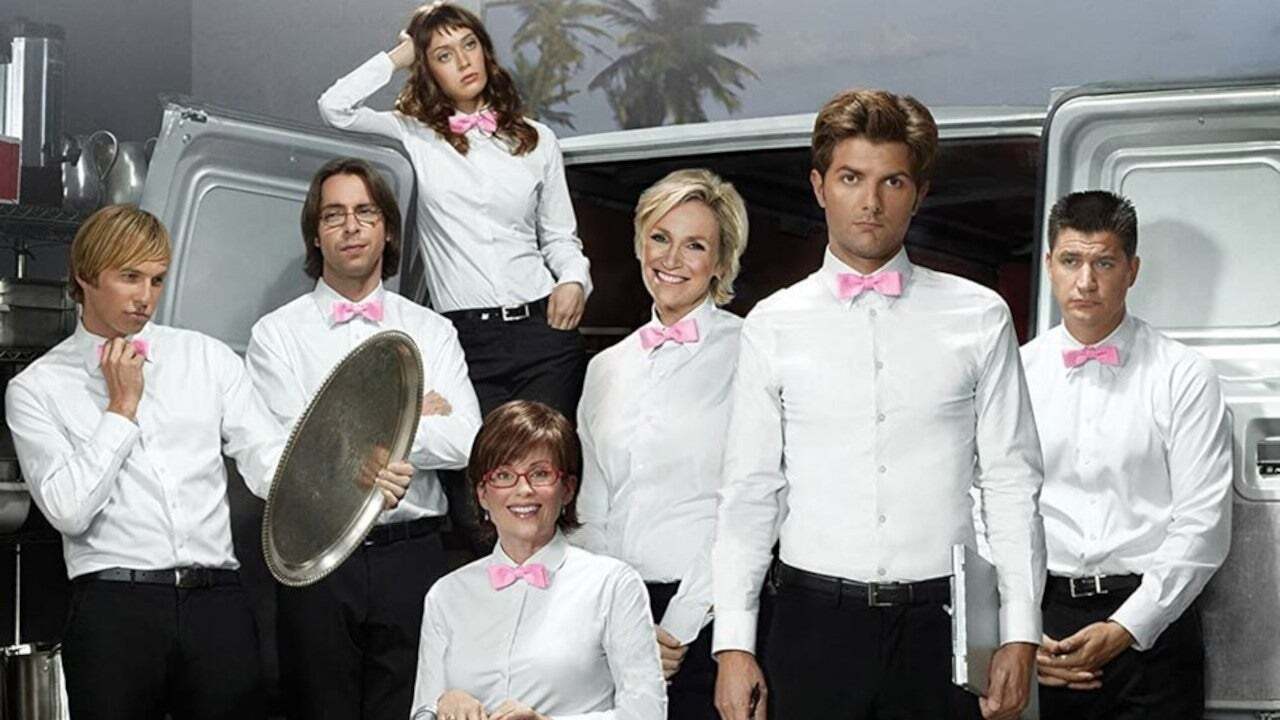 The short-lived and widely-loved sitcom Party Down, which ran for two seasons on Starz in 2009 and 2010, has officially been ordered for a revival season at that network according to Variety. In March this year, there was talk of the show potentially coming back–now it is a sure thing.

“After more than 10 years, we’re excited to have the cast, many of whom are now hugely popular award-winning stars, return to don their pink bowties and head back to the party,” said Jeffrey Hirsch, president and CEO at Starz. “The fan demand for a Party Down revival is clear.”

Original series stars Adam Scott (Parks and Recreation), Jane Lynch (Glee), Ken Marino (Wet Hot American Summer), Martin Starr (Silicon Valley), Ryan Hansen (Veronica Mars), and Megan Mullally (Childrens Hospital) have all signed on to return to the six-episode limited series. Lizzy Caplan (Castle Rock), unfortunately, is not expected to return due to scheduling conflicts, as she was recently cast in leading roles in both Paramount+’s Fatal Attraction and FX on Hulu’s Fleishman is in Trouble.

For the behind-the-scenes creative team, the original team of co-creators–Rob Thomas (Veronica Mars), John Enbom (Terminator: The Sarah Connor Chronicles), Paul Rudd (Ant-Man), and Dan Etheridge (iZombie)–are all returning. Earlier this year, Thomas said in a statement that “the cast is so busy these days that finding a window where we can do it may require trigonometry, but we’re determined to make it happen.”

There’s no word yet on what the revival’s plot might be, or when production will start.