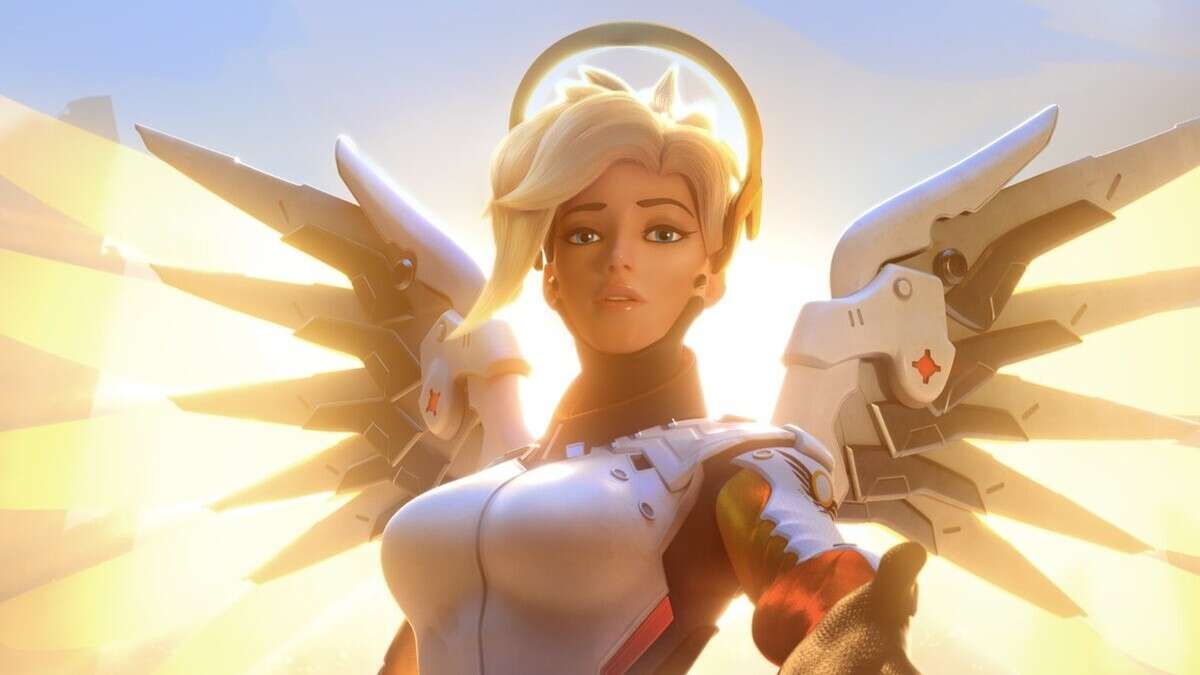 Blizzard is continuing to make adjustments to Overwatch 2’s PvP mode based on beta feedback, and one major change that is currently being tested internally revolves around making one of Mercy’s “hidden” abilities more approachable to average players.

That ability is Mercy’s super jump. As Blizzard says in its own blog post, “the full potential of Mercy is not unlocked until you’ve learned the techniques that accompany her kit–particularly the ‘super jump.'”

The issue is that you currently won’t find information on how to super jump in-game, leading to many casual players not even knowing of its existence. While there are plenty of YouTube tutorials and articles detailing the optimal way to fling Mercy high into the air, greatly increasing her mobility in the process, it’s still a slightly complicated combination of crouching, using her Guardian Angel ability, and jumping that isn’t exactly user friendly.

Blizzard wants to change that, stating that it wants to make Mercy’s super jump “more consistent for everyone–not just the players who know the (not so) secret technique.”

“Mercy’s mobility has always been a core part of her kit and we will continue to look for ways to accentuate it and make it more accessible for everyone,” Blizzard writes.

Much of Blizzard’s latest Overwatch 2 beta findings revolve around supports, specifically their survivability and mobility. At the start of the beta, players found that without a second tank to defend them, supports were much more vulnerable compared to the original Overwatch. That led to some changes, such as giving Zenyatta a powerful new kick ability to push enemies away, which Blizzard says put the character’s win rate in a much better, “albeit slightly strong,” position.

Blizzard goes on to state that death rates for supports and tank heroes are higher in the beta on average than in the live game, which is something the company is monitoring. Particularly at higher skill levels, like Grandmaster, those playing support were dying 15% more than compared to the original Overwatch. As a result, Blizzard is keeping a close eye on making adjustments to support heroes as the beta continues.

Mobility-heavy supports like Lucio and Moira are performing well thanks to their ability to disengage, but Blizzard is wary of giving other supports more mobility options, citing the danger of “mobility creep.”

“As we make balance decisions on how, or if, to address this moving forward, we do so with a goal of ensuring that there is diversity in design and abilities for the support role, and that effectiveness isn’t determined solely by a hero’s mobility potential,” Blizzard writes.

Overwatch 2 reduces the number of players in a match to 5v5, and brings significant reworks to heroes like Orisa and Doomfist. In our hands-on-impressions, we found that Overwatch 2 feels more like Overwatch 1.5, which isn’t necessarily a bad thing.