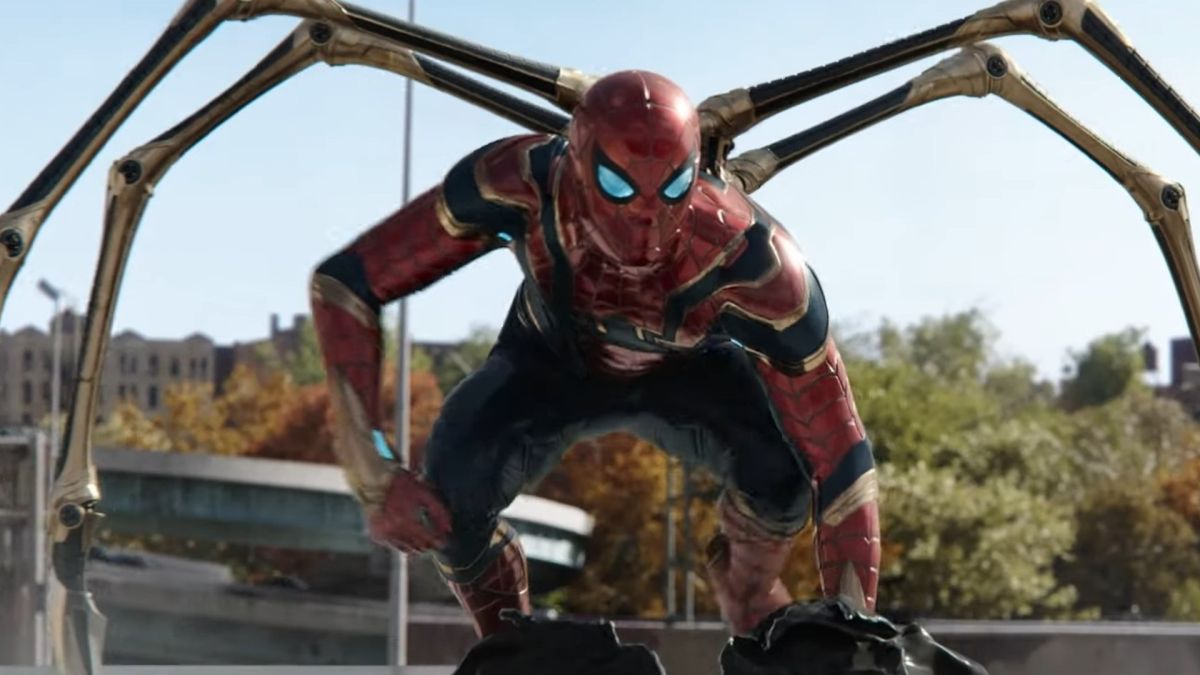 The new Spider-Man: No Way Home trailer is finally here and the headline news is that, yes, several returning faces are back – but there’s no sign of Tobey Maguire or Andrew Garfield’s Spider-Man.

The trailer dives deeper into Spider-Man’s latest struggle: the multiverse has been split wide open and several Spidey villains from the multiverse have come pouring out through the cracks.

We already knew about Alfred Molina’s Doc Ock, and he has the most prominent role to play in the new Spider-Man: No Way Home trailer. There’s also appearances from Electro (Jamie Foxx), Sandman, Lizard, and ol’ Gobby himself, Green Goblin.

Fans are undoubtedly going to be disappointed at the lack of other Spider-Men (and Daredevil, for that matter), but there’s every chance that they’ll appear in the threequel itself. Watch this space.

The first trailer focused almost entirely on Tom Holland’s Peter Parker and his quest to wipe the collective memory of the world after his secret identity was revealed by Jake Gyllenhaal’s Mysterio in Spider-Man: Far From Home. That led him to the Sanctum Sanctorum – and Doctor Strange.

Of course, it didn’t end well. Peter’s interruptions while the Sorcerer Supreme was conducting his memory-wiping spell led to the multiverse cracking open. As a result, Alfred Molina’s Doctor Octopus (from Sam Raimi’s Spider-Man 2) came face to face with the MCU’s Spider-Man. As the new trailer shows, the situation is far, far more dire than we originally thought – and collects together several of Spider-Man’s iconic foes from his cinematic past.

Spider-Man: No Way Home is swinging into cinemas on December 15 in the UK and December 17 in the US.

For more on what’s next in the MCU, check out our comprehensive guide to Marvel Phase 4 as well as all the new Marvel TV shows coming to Disney Plus.