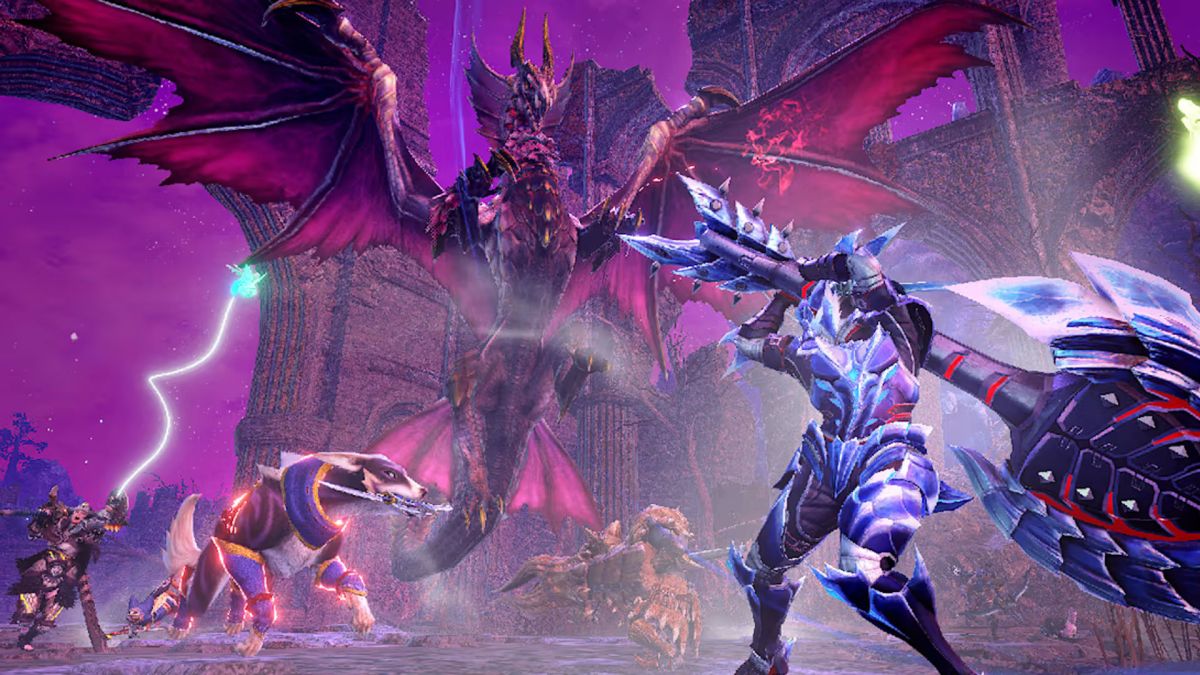 Monster Hunter Rise has more than doubled its player count on PC since the Sunbreak expansion launched.

These charts have Monster Hunter Rise easily doubling its concurrent player count thanks to the Sunbreak expansion, and even coming close to tripling it. Considering this is merely day one for the new expansion, it’s not out of the question that this concurrent figure could be beaten over the coming weekend.

In fact, the SteamDB charts reveal Monster Hunter Rise has actually set a new concurrent player record for itself. 194,000 players at launch for the Sunbreak expansion easily surpasses the 134,000 players the game achieved when it first launched on PC earlier this year, marking a new record for Capcom’s game.

If you’re unfamiliar with the Sunbreak expansion for Monster Hunter Rise, it’s basically a massive DLC drop for the base game, adding on new story events, quests, areas, and more. Monster Hunter expansions are generally aimed at challenging both new and veteran players, and Sunbreak is undoubtedly offering much more of that for players of all skill level.

As such, there’s plenty of new monsters to find out in the wilds thanks to Sunbreak, and a brand new hub area to explore. There’s even new characters to meet and befriend, one of which is already winning hordes of fans thanks to her domineering presence. Hey, at least there’s finally someone to rival Elder Fugen for intimidation around Kamura Village.

Sunbreak even offers you the chance to go hunting with your favorite characters in Monster Hunter Rise.