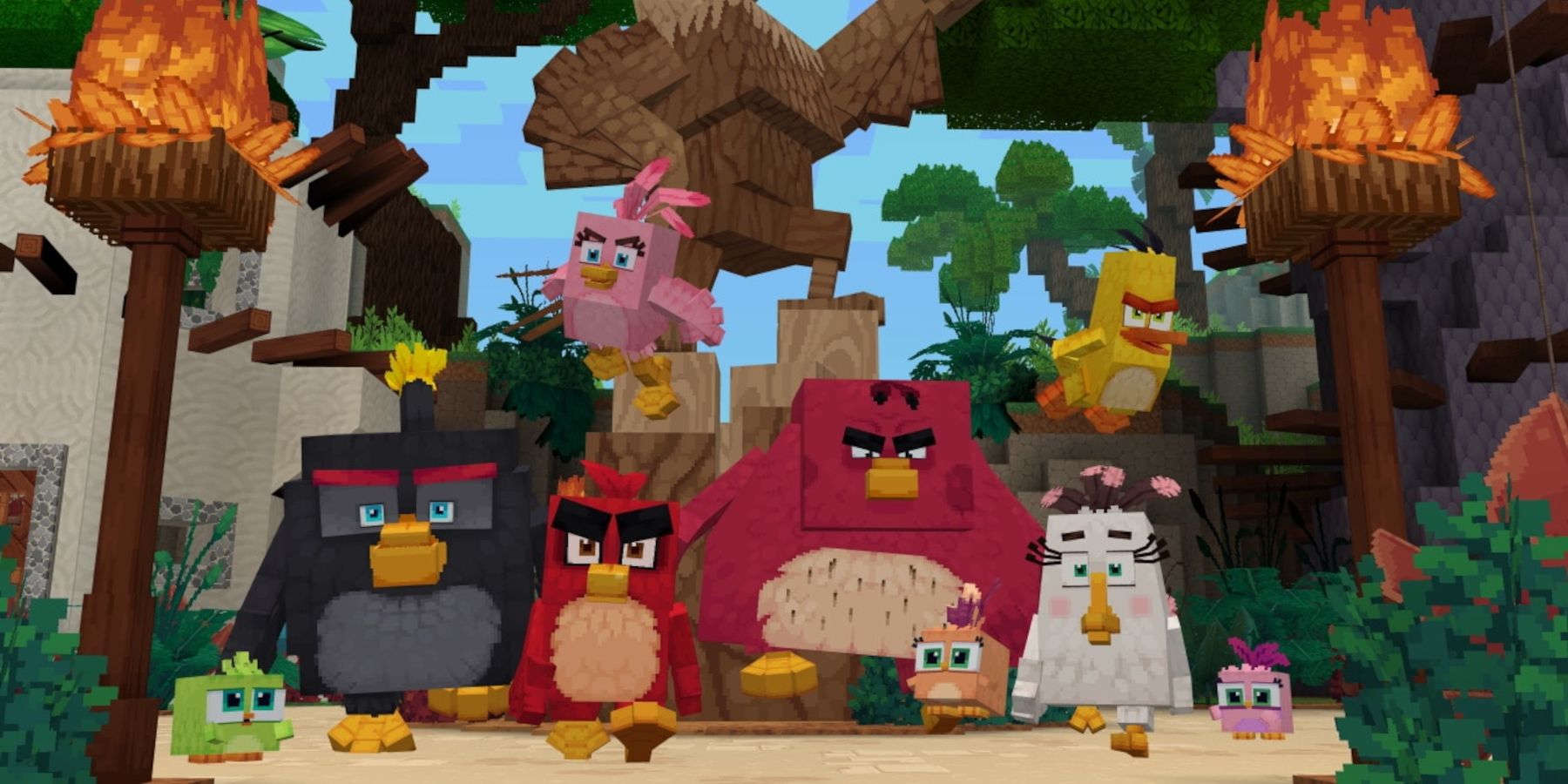 Minecraft developer Mojang is no stranger when it comes to crossovers in the epic sandbox game. Since Minecraft’s original release in 2011, previous in-game collaborations include Sonic the Hedgehog, Roblox, and even PUBG.

Now, the Microsoft-owned studio has teamed up with Oreville Studios and Rovio Entertainment to release a new DLC pack for the ever-popular sandbox title. The new content brings together one of the most popular mobile titles of recent times into one of the best selling video games of all time.

RELATED: A Minecraft Group Is Recreating the Whole of The UK On A 1:1 Scale

The Minecraft Angry Birds DLC sees players taking on the role of Red, the main protagonist of the Angry Birds franchise. Journeying through a new area, players will encounter Red’s nemesis, the Pigs, who must be defeated in order to rescue other birds and recover stolen eggs. Along the way, players will unlock additional birds to join the flock including Bomb, Chuck, and Stella. Using the skills of each respective member of the flock, players can traverse environments such as Cobalt Plateau, a Piggy Junkyard, and Pig City to defeat the Pig King.

A classic mode is also accompanying the adventure mode in the Minecraft DLC. This takes the form of a 3D version of the original Angry Birds, where players catapult their chosen fowl into a tower of pigs and earn points. The additional content is available now and can be unlocked in the Minecraft Marketplace for 1340 coins. Along with the two themed modes, players also get 10 additional skins, and a free Character Creator item in the form of Red’s Hoodie. This will be loaded straight into the Dressing Room. Much like previous downloadable content for the game in the last few years, the Angry Birds pack is only available for the Bedrock Edition of Minecraft.

The Minecraft and Angry Birds collaboration between Mojang and Rovio Entertainment has been long-awaited by players. The humorous style of the two franchises seems to work well together, and the characters certainly suit Minecraft’s blocky aesthetic. The new additions to the game will no doubt draw fans of both franchises, giving players even more reasons to spend their time relaxing in the casual sandbox.

Along with the main adventures, it’s a given that players will also be looking to utilize the new assets and skins when creating their own efforts. Recent fan-made projects like the Bleak Falls Barrow from Skyrim are examples of how the dedicated fans of Minecraft are keeping the community thriving, even though the game has been available for over a decade at this point.

MORE: Minecraft Needs to Make the Jump to Next-Gen


Amouranth Loses $2 Million Due to Typo