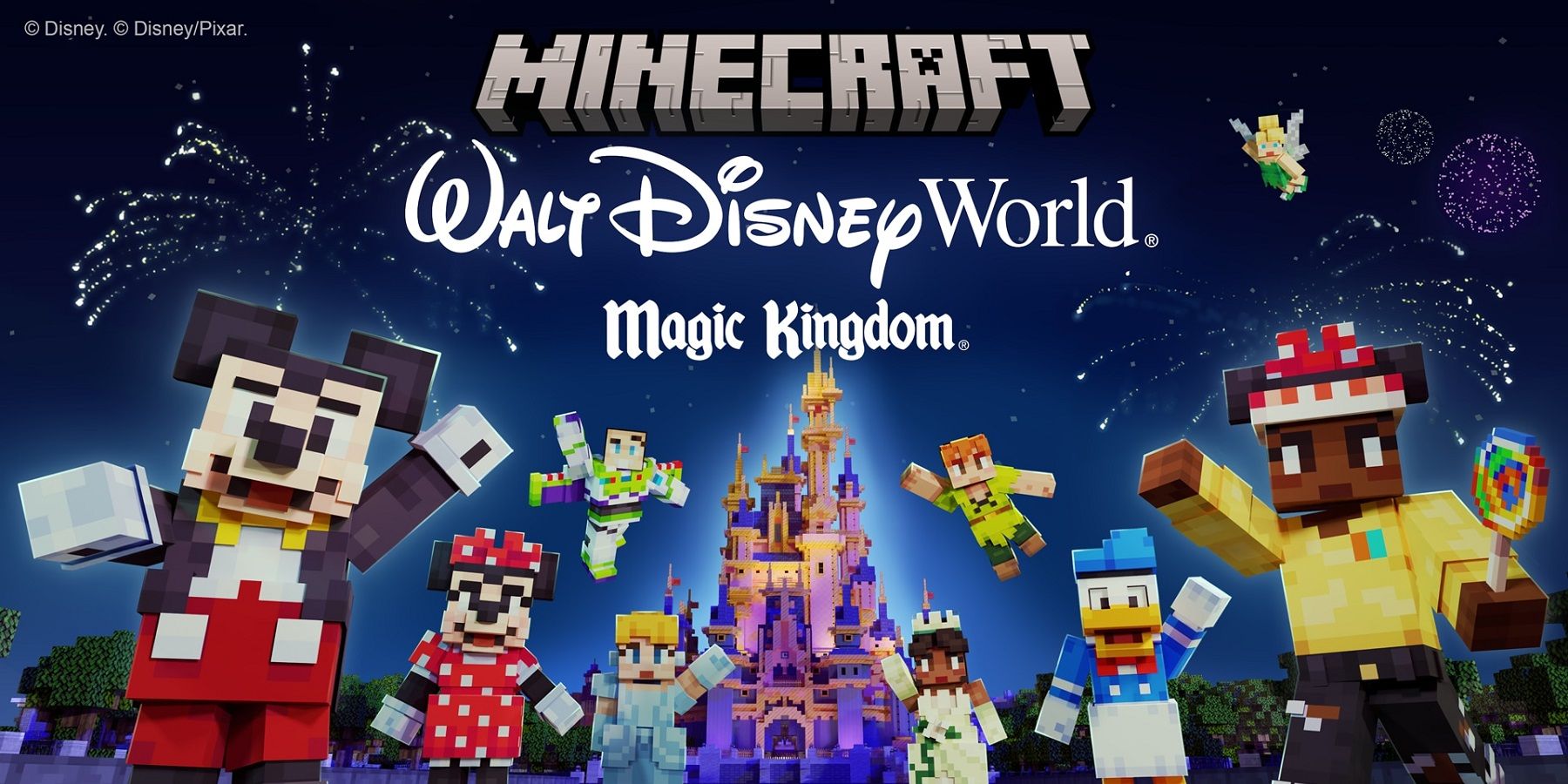 The incredibly popular game Minecraft is now adding a virtual recreation of Walt Disney World, including over 20 blocky rides and attractions.

Minecraft continues to be one of the most popular games in the world, and now it’s teamed up with one of the world’s biggest brands. To celebrate the 50th Anniversary of Walt Disney World, Minecraft will be bringing elements of the happiest place on Earth to what may be the blockiest place in the digital sphere.

Disney is well known for its crossovers, especially now that it owns franchises like Marvel, the Deadpool film series, and Star Wars on top of its own creations. Minecraft, on the other hand, is better known for the elaborate fan-created tributes its players often build in dedication to other franchises. However, this is far from the first time Minecraft has featured a crossover with another brand, let alone one as big as Disney.

The announcement of the Minecraft x Walt Disney World Magic Kingdom Adventure DLC was made over the verified Minecraft Twitter account which shared a short trailer and an associated post. Interestingly, rather than a crossover with one of Disney’s many film franchises, the event seems to be focused on Disney World itself and its iconic rides. The trailer shows blocky Minecraft characters wandering through Minecraft recreations of the Magic Kingdom and some of the many famous locations found there, including Space Mountain, Jungle Cruise, and the Haunted Mansion.

In the trailer, Minecraft characters explore a virtual version of the theme park, go on rides, and interact with blocky Minecraft versions of Disney and Pixar characters. This isn’t the first time Minecraft has added movie characters to the game, but it might be one of the first times they’ve been established specifically as NPCs rather than skins or outfits.

Of course, players will also be able to customize their look with Disney-themed skins allowing them to look like characters from Mickey Mouse, Winnie the Pooh, the Seven Dwarves, and even the ghosts from the Haunted Mansion ride. There will also be gorgeous digital fireworks for players to enjoy from Main Street.

It appears that some fans are excited about where this collaboration could lead. Official Minecraft Marketplace Partner R3D’s Kingdom, who helped recreate the Magic Kingdom in Minecraft, stated that it was an honor to help work on the virtual park. Another user asked if the DLC would include the Star Wars: Galaxy’s Edge area, which it likely will not. However, a third user theorized that future Disney collaborations could feature more Disney parks and more rides.

Minecraft is available now for PC, PS4, Switch, and Xbox One.

A late arrival to the gaming field who grew up in a household devoid of consoles. Her life changed after she found an old Gameboy Color and a copy of Pokémon Crystal at a garage sale. While she specializes in narrative-driven games, JRPGs, indie games, games with cute monsters, and horror games, Nicola appreciates all kinds of games. She hopes to use her experience as a writer to give her work at GameRant a unique flavor.