Look At These Stunning Lord Of The Rings Coins 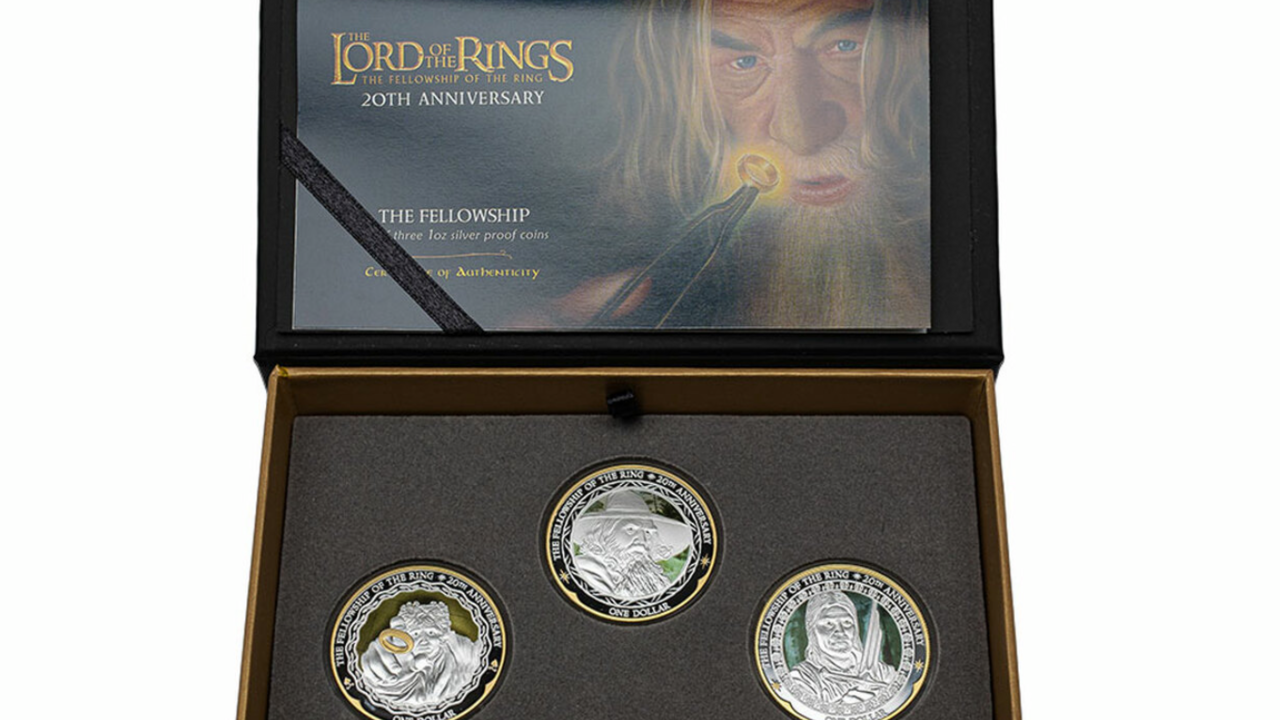 In addition commemorative stamps, NZ Post has announced a limited-edition run of special-edition coins to celebrate the 20th anniversary of The Lord of the Rings: The Fellowship of the Ring. The film was released in December 2001 and kicked off what would become one of the most successful and popular movie franchises ever.

The silver coins are available in sets of three, including The Fellowship, A Shadow in the East, and The Quest of the Ring. Anyone can order them right now before they launch on November 19.

NZ Post Head of Stamps and Collectables, Antony Harris, said he expects the coins to be highly sought-after by people not just in New Zealand–the home of The Lord of the Rings–but globally. “We are expecting a lot of interest from around New Zealand and the world as these coins are released to mark a milestone in the history of such an iconic film,” Harris said.

NZ Post will also offer silver coins depicting Middle-earth characters like Frodo, Gandalf, and Boromir. Like the stamps, these coins were designed by Sacha Lees, a New Zealand-based artist who has worked on The Lord of the Rings series over the years.

“These coins acknowledge that this iconic film is now a significant component of New Zealand history, culture, and identity,” Harris said. “There is no doubt the film was a turning point for tourism and film production in our little corner of the world.”

You can view the coins in the gallery above and visit the NZ Post website to order your own. The sets costs $419 NZD, which is about $300 USD.

Lord of the Rings fans can also celebrate the anniversary with an epic six-movie 4K bundle with lots of extras. Outside of that, Amazon is producing a big-budget TV series that debuts on September 2, 2022, while Warner Bros. is fast-tracking a Lord of the Rings animated movie.