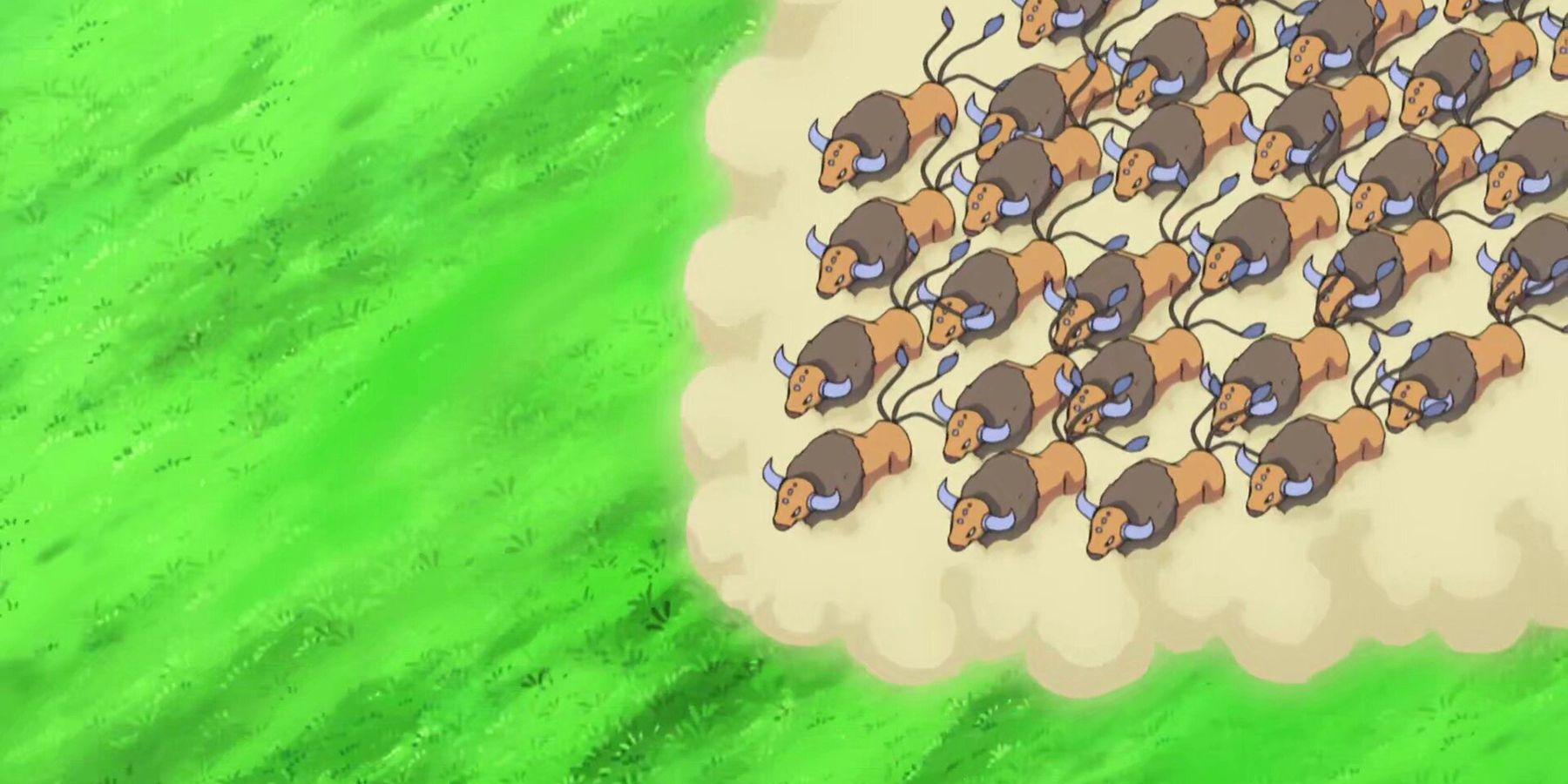 Pokemon Scarlet and Violet are a little over four months away from release, and many are hoping Game Freak begins to show more and more of the game. It’s received two trailers so far, revealing the legendary Pokemon Koraidon and Miraidon, the four-player co-op functionality, nonlinear progression style, and far more. In the meantime, there have been plenty of rumors and leaks (fake and/or legit) that have circulated during this time.

For example, Riddler Khu has hinted toward Fuecoco’s evolution, as well as other elements of the games, several times. Riddler Khu is perhaps the only leaker in the Pokemon space who should be trusted, given their track record covers all the recent games accurately, including Pokemon Scarlet and Violet’s starters. However, there are plenty of fakes that circulate too—including one of a Sprigatito evolution that turned out to be a modded Obstagoon.

RELATED: Evidence That Pokemon Scarlet and Violet Are Inspired by Spain

Now, a new “leak” has begun circulating the internet, showing off a new regional variant for Tauros. Given how bulls are tied to Spanish culture and Pokemon Scarlet and Violet are based on Spain/the Iberian peninsula, it would make sense to give the Gen 1 bull Pokemon some love. An image has circulated around several social media sites, seen on Reddit below, showcasing a new form for Tauros.

This form seemingly shifts Tauros from a normal type to a dark type, with dark fur, gold and red adornments including their horns, and eerie red eyes. It looks like a super cool regional variant for Pokemon Scarlet and Violet; however, fans should be aware—if they see this post anywhere online—that there’s a good chance it’s fake.

First off, it appears on a Switch screen, meaning someone would need to have access to the game on a Switch. That’s not really possible at this stage. Others have also noted how this Tauros is far less detailed than other Pokemon seen in Pokemon Scarlet and Violet trailers so far. Some have argued that it may be less textured due to the development stage, but this idea falls apart pretty quickly when put alongside the Switch screen.

Finally, this appears to be a random image circulating in the Pokemon Scarlet and Violet community. There seems to be no real source for it, and given that leaks should live and die by their source, the lack thereof makes this image even more sketchy. It looks like an interesting regional form for Tauros, and there have been stranger things to happen than a well-beloved image being legit, but fans should not hold their breath.