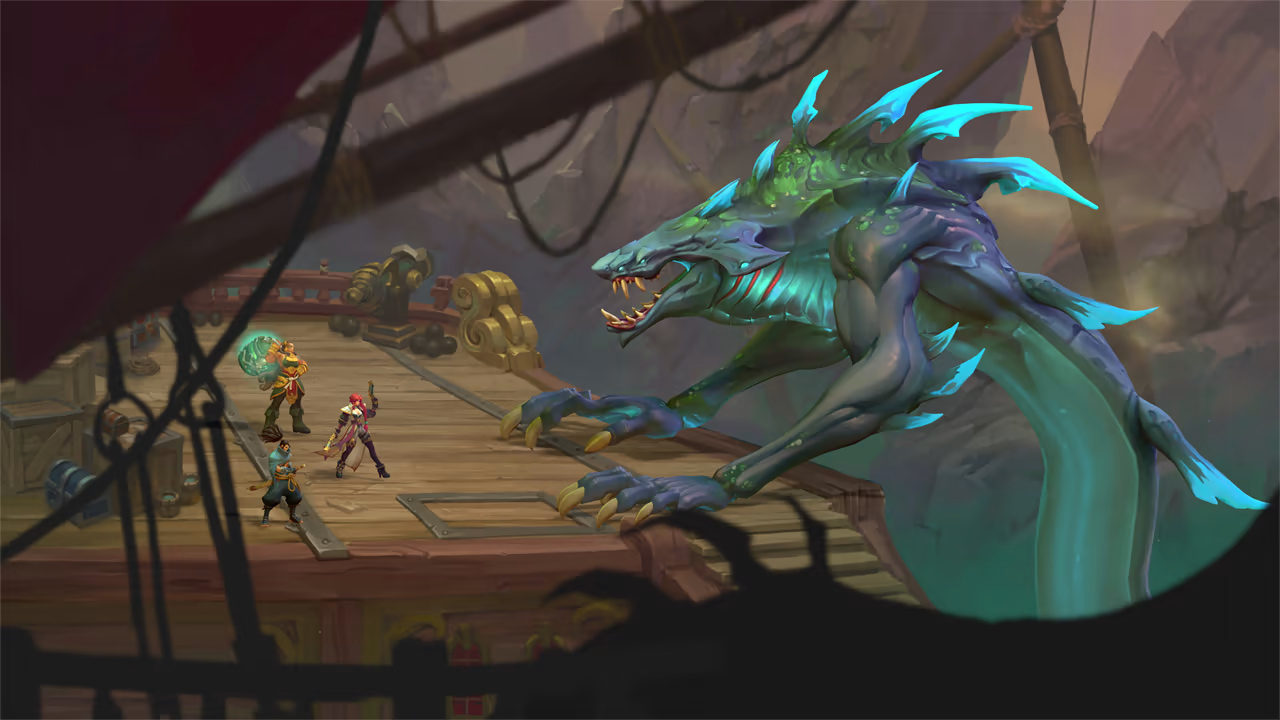 When said it would soon provide more long-awaited details about League of Legends spin-off , few fans would have expected Riot Games’ publishing arm to suddenly thrust the game into the world. But hey, guess what? That’s exactly what happened.

Ruined King: A League of Legends Story is out today on Nintendo Switch, Xbox One, PlayStation 4, Steam, GOG and the Epic Games Store. It costs $30 and it’s backward compatible on PS5 and Xbox Series X/S. A version of the game is in the works for those consoles and there’ll be a free upgrade available from the previous-gen systems.

This is a single-player, turn-based RPG developed by Airship Syndicate, the studio behind Darksiders: Genesis. It features some familiar faces for League of Legends fans, including the Champions Miss Fortune, Illaoi, Braum, Pyke, Ahri and Yasuo. You’ll assemble a party, explore Bilgewater and venture to the Shadow Isles to learn about the secrets behind the deadly Black Mist.

Ruined King was initially supposed to arrive . Riot back at the 2019 edition of The Game Awards.

As it turns out, this isn’t the only LoL spin-off you can play starting today. Side-scrolling rhythm runner , which costs $10, also hit Switch and PC. It’s also coming to in the near future at no extra cost to subscribers.

In addition, Riot Forge provided an update on another project it announced a while back, Conv/rgence: A League of Legends Story. Double Stallion is developing that game, which is now set to arrive on consoles and PC next year. Song of Nunu, from Tequila Works, is also scheduled to arrive next year. And that’s not all. Riot Forge also revealed during its showcase that a game set in the Demacia region is in development.