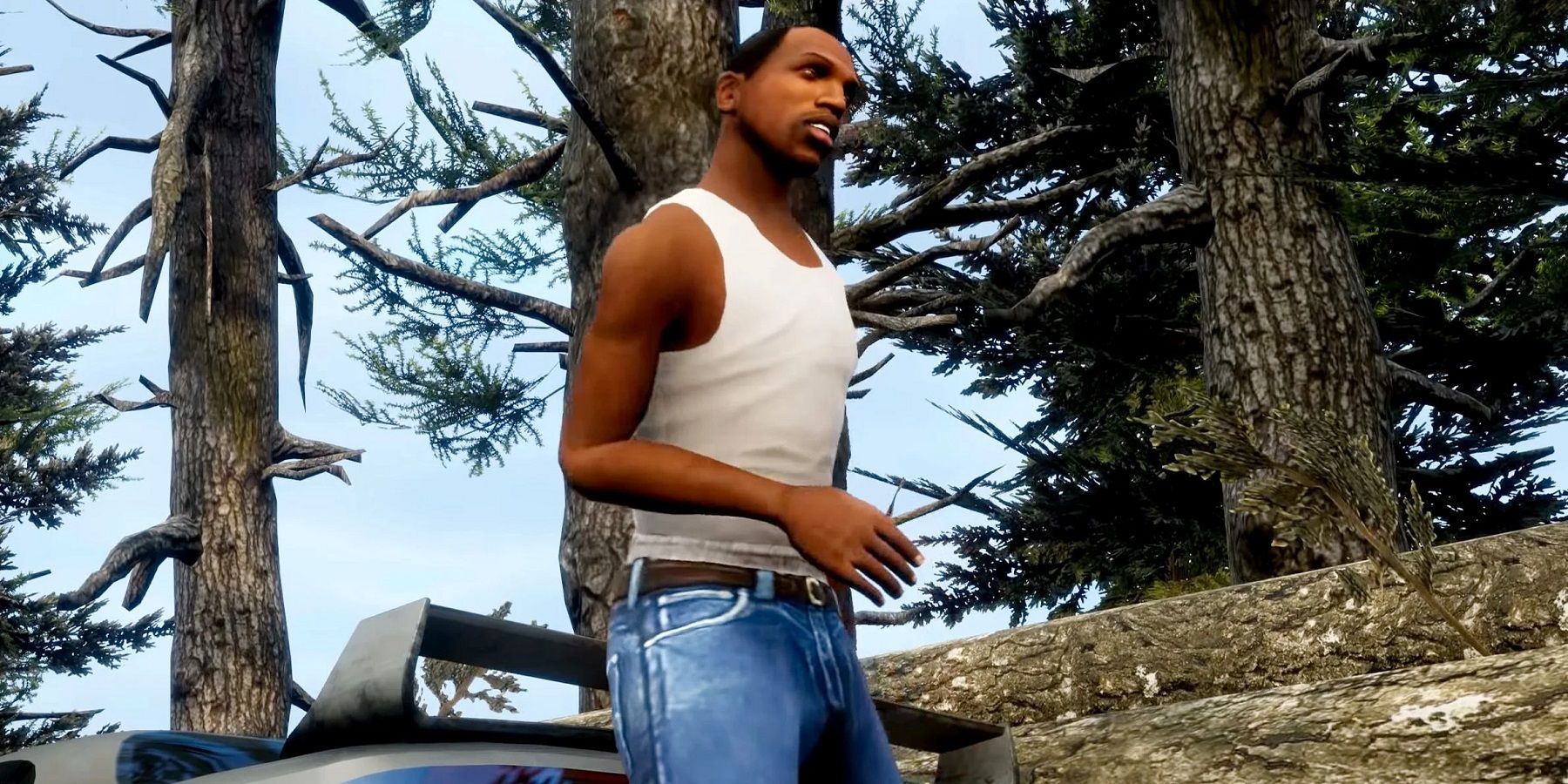 It’s been a shaky start for the Grand Theft Auto remaster, and there is only more fodder for the skeptical fan base as a tattoo bug gets spotted.

Right up until the release of Grand Theft Auto: The Trilogy – Definitive Edition, pretty much all fans of the franchise were excited to get to play these revamped versions of the classic open world games. However, the veil has been lifted somewhat, and in fact, fans were dubious about the GTA Trilogy visuals before the game was even out. It’s caused quite a stir among the community, with many displeased that the studio has let it be released with numerous issues and questionable quality, and now there is another thing that’s been spotted which will only mar its reputation further.

Recently, on the Grand Theft Auto Subreddit, user Shaolin-Mastahh uploaded a screenshot from the remaster of 2004’s San Andreas, which shows protagonist Carl “CJ” Johnson and his brother Sean, AKA Sweet. While at a cursory glance, it doesn’t seem to be anything exceptional, upon inspection, it’s been noted that the tattoo on CJ’s right arm isn’t affixed to him properly. It actually looks as though it’s coming away from the skin, making it look almost like a sticker rather than a permanent tattoo.

RELATED: GTA Trilogy Gets Some Of The Lowest Scores Ever On Metacritic

The image has inspired derision from other commenters who have been ridiculing the glitch, giving more reason for the game’s critics to further mock the trilogy. While CJ is not the most tattooed player in video game history, and in fact tattoos are an optional cosmetic, it only seems to be one of numerous issues that the Grand Theft Auto remaster is encountering. One user in the Reddit thread even listed a number of other issues they’ve noticed with it, such as “awful” ground textures, a “wonky” GPS feature, problems with the swimming controls for San Andreas, as well as more glitches with the other tattoos sticking out.

Such a visual bug can perhaps be laughed off by most, but the game has caused such ire that many in the GTA Trilogy community have been demanding refunds, upset with the overall release, with the new character models being a major area of disappointment for many. The fan base seems let down not only by the game itself, but also by Rockstar who are generally known for putting out titles of high quality.

Of course, it wasn’t Rockstar who made the trilogy. It was actually developed by Grove Street Games who have worked on other GTA titles in the past. However, it was published by Rockstar, and so it seems many are puzzled as to how the company could make the buggy release available to the public, and this glitch with CJ’s tattoo is just one of many that are turning gamers away from the trilogy.

Alien and House of Gucci director Ridley Scott became the latest in a slew of directors speaking out against modern superhero movies.