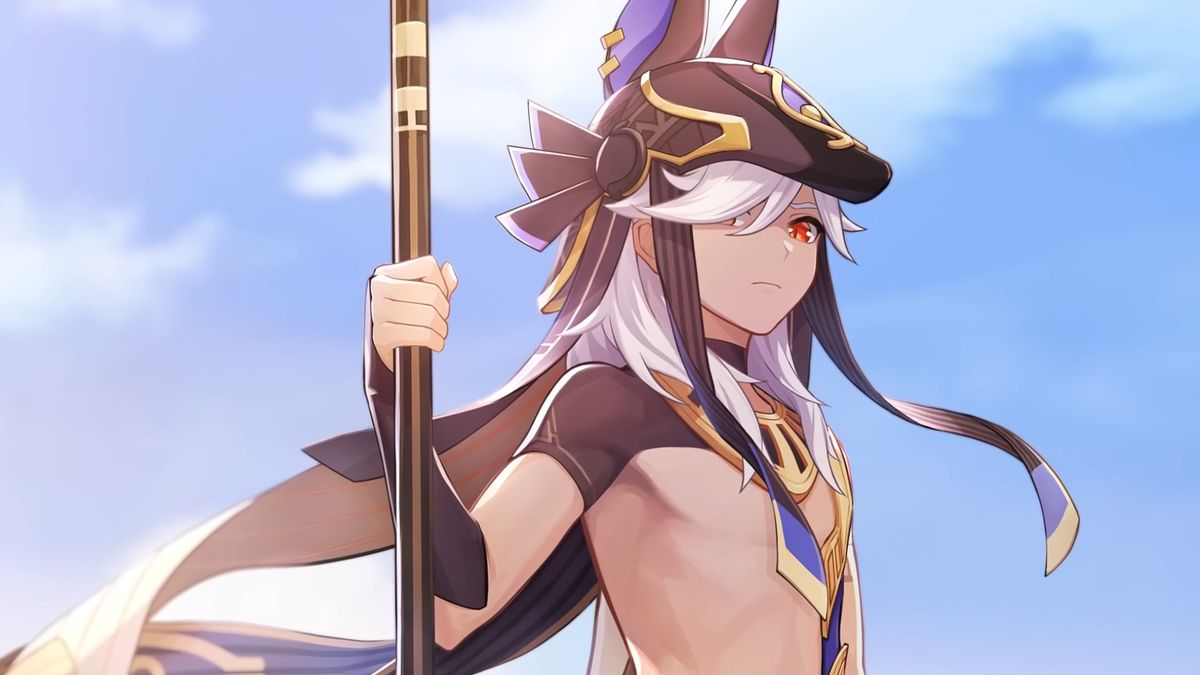 Hoyoverse has lifted the veil on Genshin Impact’s Cyno with a character trailer and a flood of new info, and the new electro character is deepening the game’s connection to Fire Emblem.

Cyno’s English voice actor is Alejandro Saab, a prolific voice actor who you may recognize as Yuri, leader of the Ashen Wolves from the Fire Emblem: Three Houses DLC. That makes him the second Three Houses lord to appear in Genshin, after Chris Hackney, who voices both Dimitri and Kamisato. That just means we’re a Tara Platt and a Joe Zieja away from having all the Three Houses lords represented in Genshin Impact.

Trivia aside, you can hear Saab as Cyno in the trailer below, which showcases the new character hunting down a group of academics in a vast desert.

While that trailer might make Cyno seem cool and together, his official info page (opens in new tab) shows that he’s got other interests, like “unfunny jokes.” He’s even got a joke in his hearsay page: “Hmm… a joke? Ah, I’ve got just the one. Ahem… There once was a traveler, stranded in the desert and dying of thirst, who in desperation prayed for a Hydro Slime to come their way. But the traveler didn’t realize that at that very moment, a starving Hydro Slime was praying to meet a lone, stranded traveler…. What, not funny? Tsk, I think it’s hysterical.”

In practical terms, Cyno is built around dealing continuous damage, with precise inputs providing additional bonuses. His elemental burst puts him in a state where you can time uses of his elemental skill to further increase that skill’s damage and fire off additional attacks.