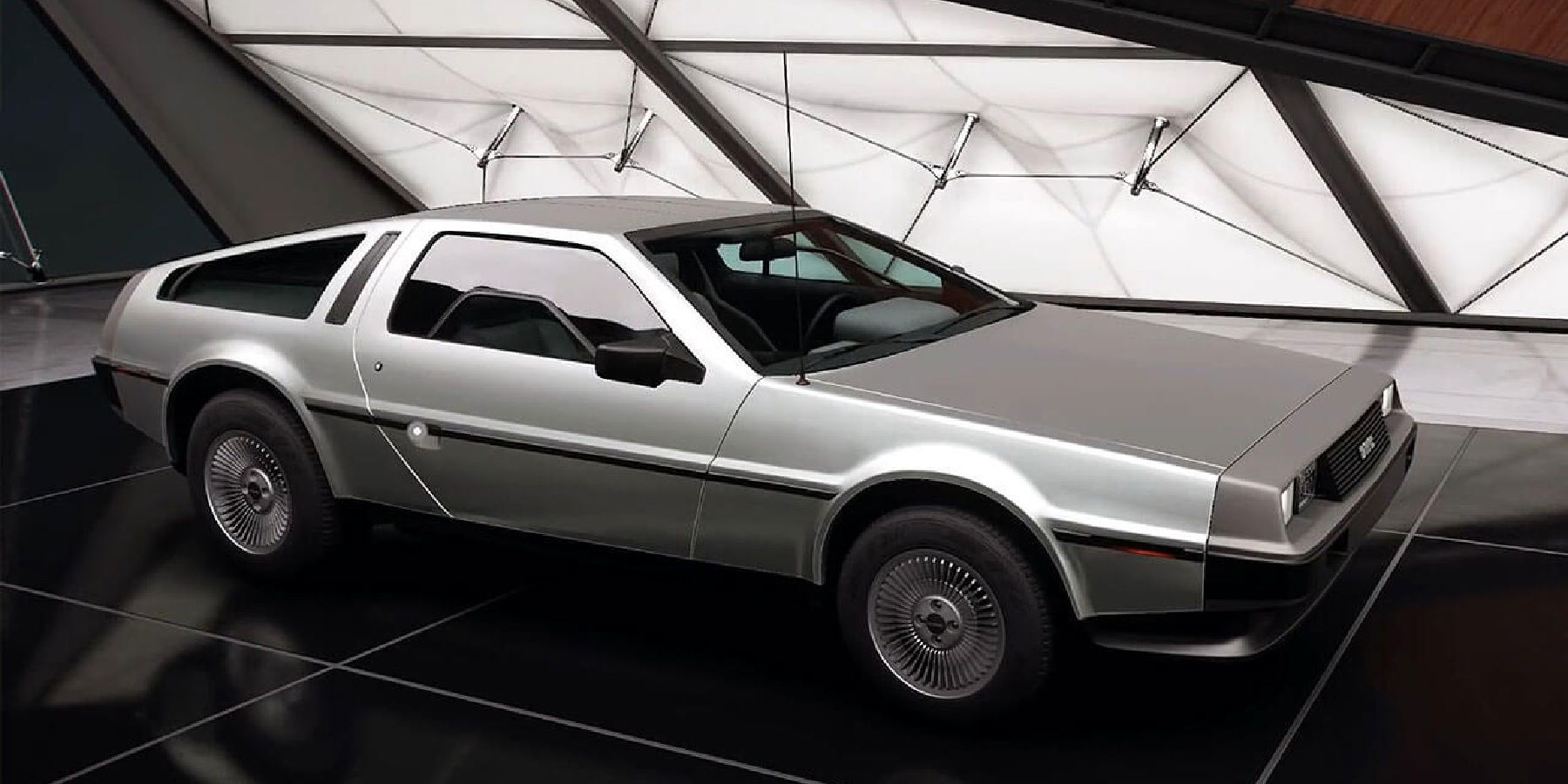 A new glitch found in Forza Horizon 5 lets players get access to one iconic car early and without having to run through the whole playlist.

With Forza Horizon 5 still only having been available to players for a short time, many players are looking at the list of cars to earn and working to unlock the whole collection. One car that has caught the eye of a lot of players is the iconic DeLorean of Back to the Future fame, which glitch hunters have now learned how to unlock much earlier than initially intended.

Currently, the primary source of the DeLorean in Forza Horizon 5 is to either earn it through the Series 1 Summer Wet Season, through wheelspins and super wheelspins, or buy it on auction from other players. In some cases, these can be RNG intensive finds, and alternatively the availability won’t be permanent for the seasonal rewards that acts as the most consistent source of the car.

RELATED: Forza Horizon 5 Snubbed by The Game Awards 2021 for GOTY

For players looking for an affordable and easy way to unlock the DeLorean without having to rely on Forza Horizon 5‘s super wheelspins or others putting it up on auction, there is a glitch that can find the car quickly. To do this, players need to head to the Garage section of the main menu, and search for the DeLorean manufacturer while in the Car Collection screen. While the car won’t be available for purchase at first, all the player has to do now is back out of the menu after hovering over the empty space and return to the Car Collection to access the prompt to buy the DeLorean for 15,000 CR.

The glitch itself is shockingly easy to produce, considering how much time commitment it can reduce from having to either earn up points for a seasonal reward or rolling the dice with wheelspins. It isn’t clear at the time of this writing how many cars this method will work for, though players looking to unlock as much of their collection as possible might want to test with other manufacturers. Whether or not it only works on the DeLorean, it can still get players a head start on unlocking rewards from Forza Horizon 5‘s first seasonal rewards, especially for players with less time to put into earning points.

This type of glitch that skips the intended progress that would give players access to cars or other customization options from Forza Horizon 5 are a bit of a mixed bag. While the DeLorean is an iconic car that many players would be happy to have in their collections, it can be unfair for some players to get access without putting in the time intended by the developer to unlock it cheaply. So, players can use this glitch at their own discretion, and might want to stay aware that this may get patched out as soon as Playground Games finds the source of the bug.

Forza Horizon 5 is available now for PC, Xbox One, and Xbox Series X/S.

After jumping into several multiplayer games in Halo Infinite, Twitch streamer Shroud reveals that he isn’t having fun playing the game.

Jared Carvalho is a writer and avid lover of gaming, TV, and movies. When not hammering at his keyboard, you can often find Jared in the movie theater or attached to his dualshock 4. He devours all types of media and is eager to talk the ear off of anyone who might listen about anything from the psychological impact of Abuelita’s treatment of Miguel in Coco, to how awesome it feels to blast a psychos head off in Borderlands 3. There are very few limits to what will pull his interest and he’s always hungry to learn more about every possible fandom out there.