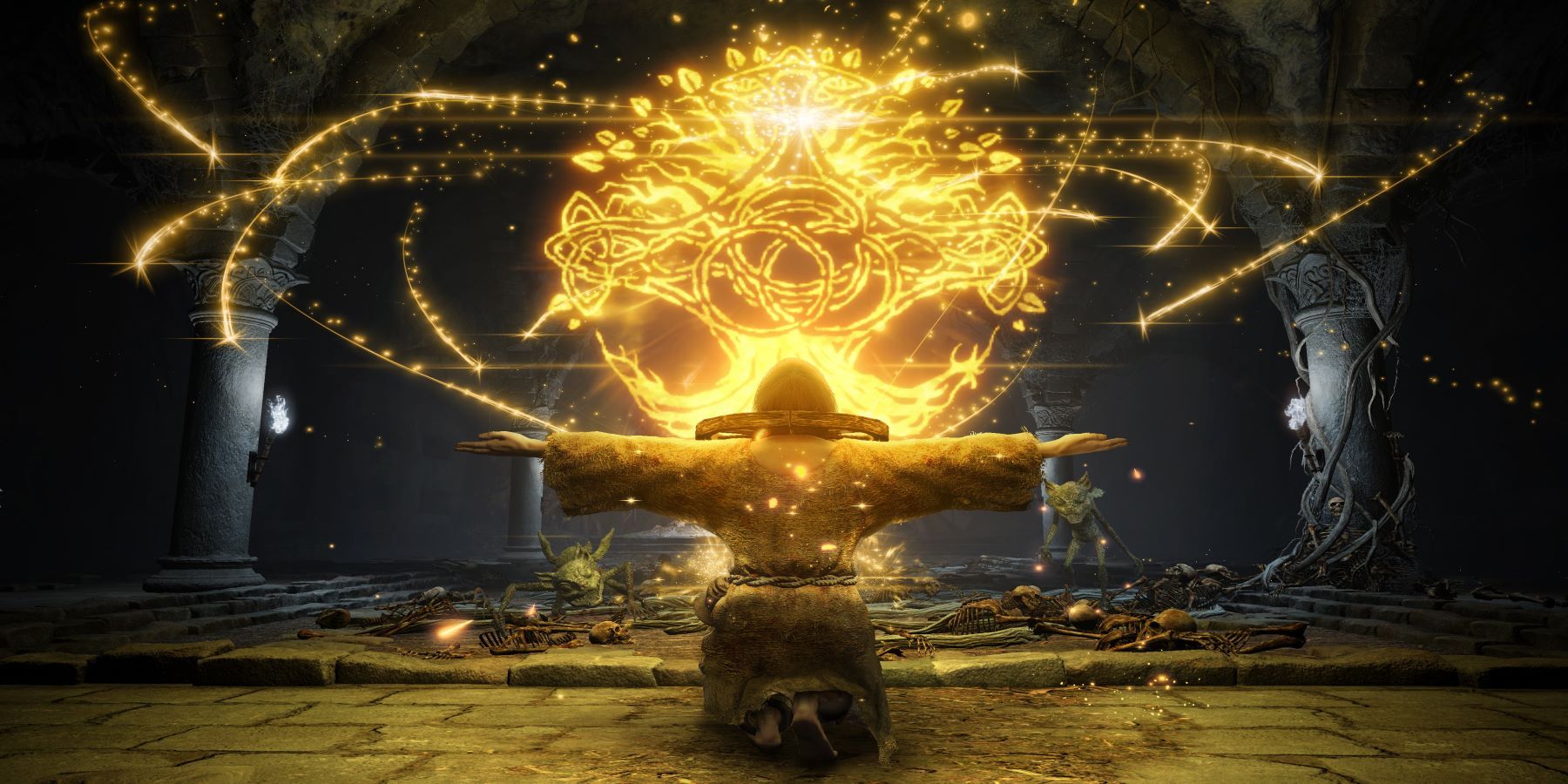 By comparison to other FromSoftware titles that came before, Elden Ring is considerably more beginner-friendly. With a plethora of in-game content almost immediately available to players briefly after launching Elden Ring, they are able to navigate the in-game world with a greater degree of ease and efficiency. This is in contrast to previous FromSoftware games that required players to beat certain bosses in order to progress. However, the structure of some questlines in-game can be quite complex for certain players.

For longtime fans of FromSoftware, the opaque nature of the storytelling and in-game presentation is par for the course, and Elden Ring is no exception to this. There is a multitude of hidden quests in Elden Ring that most new players likely never experienced, simply due to how confusing the structure of the game can sometimes be. Though, thanks to the diligent work of one passionate fan, new players will be able to complete Elden Ring’s side quests much easier.

Over on Reddit, a user named MikedeKokkie posted a massive flowchart that details nearly every single side quest in Elden Ring and how they relate to the rest of the game. The user even created a helpful color key that shows other users how to effectively navigate the flow chart and even indicates which quests spoil parts of Elden Ring and unlock different endings.

For new players, this should prove extremely useful, given the often esoteric nature in which Elden Ring’s content can sometimes take the form of. In addition to the large amount of in-game content Elden Ring possesses, the game also features a litany of items and events that serve as an intentional detriment to players. There are even entire items that players should not purchase from merchants in Elden Ring.

Either way, it’s nice to see more seasoned players helping out newcomers to Elden Ring. For how much FromSoftware fans tend to revel in the high difficulty of games like Dark Souls and Bloodborne, the community can sometimes come off as abrasive towards those with little to no experience. So far, that same attitude hasn’t quite shone through in terms of Elden Ring, at least not to that extent.

In any case, it will be interesting to see what the future holds for Elden Ring going forward. As of right now, no Elden Ring DLC has been confirmed, but given FromSoftware’s track record for releasing DLC campaigns for most of its major titles, it’s likely that Elden Ring could receive the same treatment in the months to come.

MORE: Elden Ring: How To Get Vyke’s War Spear