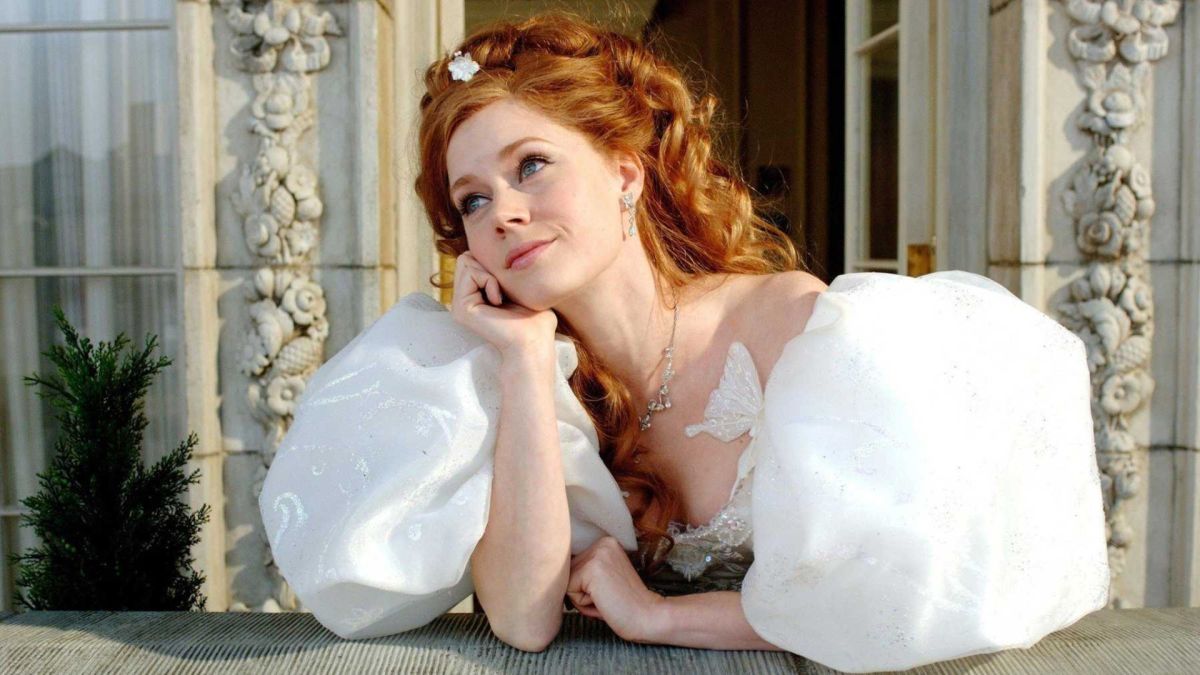 Disenchanted, the sequel to 2007’s Enchanted, is officially coming to Disney Plus this Thanksgiving.

Amy Adams, Patrick Dempsey, James Marsden, and Idina Menzel reprise their roles from the first movie. Set 10 years after the events of the first movie, when Giselle (Adams) was forced out of her life as an archetypal Disney princess into the real-life world of New York City, Disenchanted sees her settling down in the suburbs with Robert (Dempsey) and Robert’s daughter Morgan (Gabriella Baldacchino).

Maya Rudolph plays Malvina Monroe, who oversees the town and causes problems for Giselle and her family – when she wishes their lives were a perfect fairytale, she inadvertently sends them all back to her animated homeland, the Kingdom of Andalasia. Yvette Nicole Brown, Jayma Mays, and Oscar Nunez have also joined the cast of the sequel.

Here’s your 🤩FIRST LOOK🤩 at Amy Adams and Maya Rudolph in Disney’s #Disenchanted! See the Original movie streaming this Thanksgiving on @DisneyPlus! pic.twitter.com/DYfNfqFjXAMay 17, 2022

The first official look at the movie features Giselle and Malvina staring each other down – Rudolph’s antagonist is dressed in black and wears a crown in typical “Evil Queen” fashion, while Adam’s get-up is darker in colour with a more mature vibe than her costume from the first movie.

It looks like the pair are in the fairytale kingdom of Andalasia, but the shot is live-action – in the first movie, all the scenes in Andalasia were animated. It’s been confirmed that there will definitely be animated moments in Disenchanted, so it will be interesting to see why this change has occurred.

While we wait for Disenchanted to arrive on the streamer this November, check out our picks of the best movies on Disney Plus that you can watch right now.