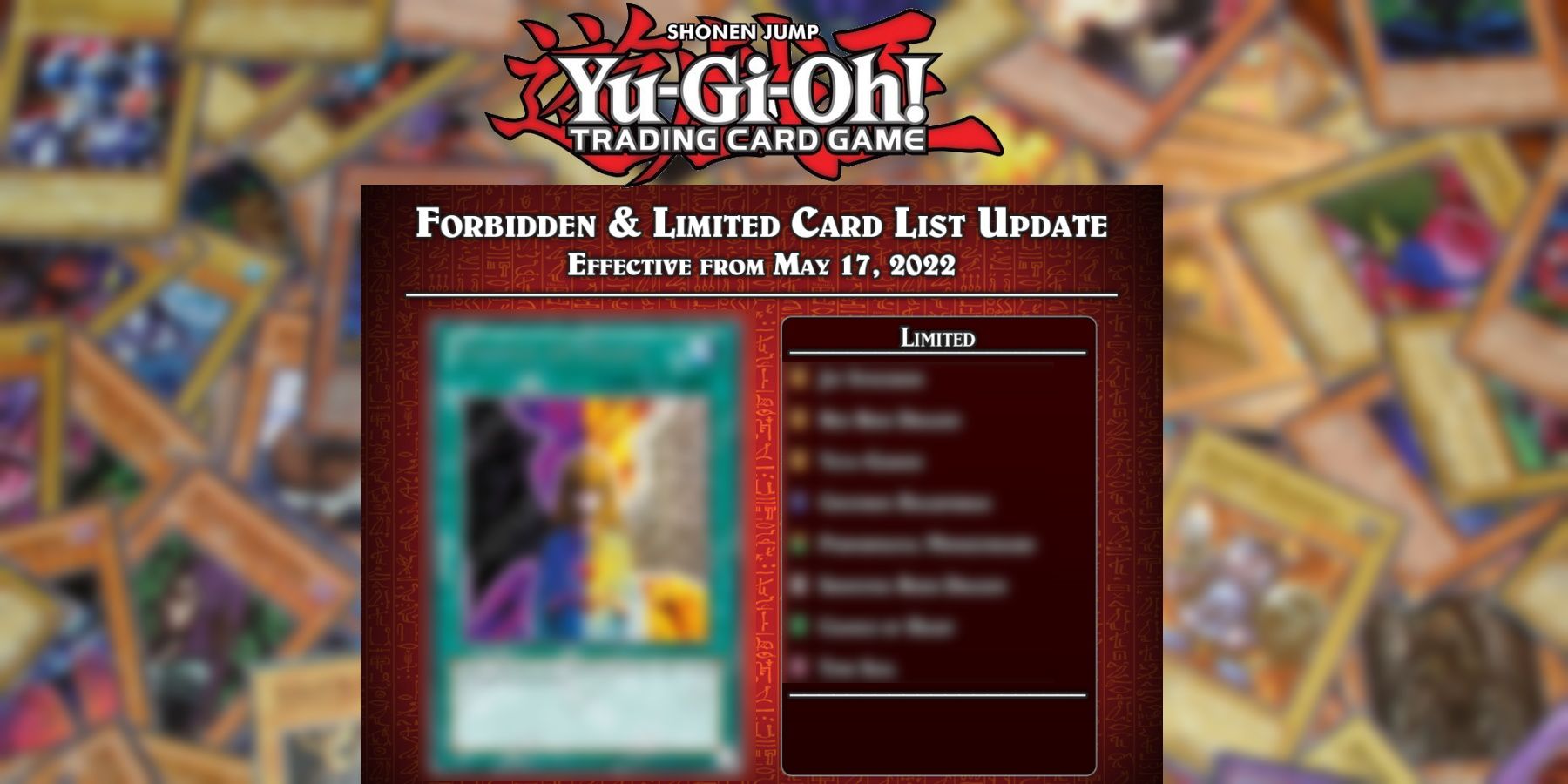 The newest banlist for the Yu-Gi-Oh! Trading Card Game sees a classic card, one of the earliest bans in the game, coming back after seventeen years.

Yu-Gi-Oh!‘s frequently rotating banlists have seen a number of iconic cards from the game’s past come and go as the competitive format of the massively popular card game has changed over the years. The game’s unique status as one of the few games to support the more than 10,000 cards printed throughout the 20 years since its debut has seen plenty of the game’s oldest and most recognizable cards get banned for effects that are just too powerful to keep in the game. Now, the most recent banlist has seen a fan favorite classic card come back into the game.

The history of Yu-Gi-Oh!‘s competitive scene has seen a number of classic cards from the game’s original era bounce on and off the banlist. Recognizable staples from the game’s original era like “Black Luster Soldier – Envoy of the Beginning” and “Raigeki” spent years on the banlist before their release, while others like the iconic “Pot of Greed” and “Graceful Charity” remain banned to this day. However, a new banlist released yesterday from Konami has officially seen one of Yu-Gi-Oh‘s most well-known early cards return after 17 years, “Change of Heart.”

The newest banlist, effective as of May 17, was officially posted to the Yu-Gi-Oh! website and Konami’s social media and will see Change of Heart become legal for the first time since the game’s very early days. Change of Heart’s return to the game comes almost exactly seventeen years after the card was first banned on the April 2005 banlist, one of the first lists to include the “Forbidden” section. While the update only sees Change of Heart come to one copy, the card’s powerful effect allowing a player to steal an opponent’s monster for a turn will likely be highly coveted by players.

While Change of Heart’s unbanning had made waves, the new banlist also saw several other classic cards return for the first time in years, one of which has been banned even longer than Change of Heart. The May banlist saw draw-skipping Trap card “Time Seal” re-introduced to the game at one copy as well as the infamous “Yata-Garasu,” a powerful card feared for its “Yata-lock” strategy locking players out of drawing which was a member of the game’s very first Forbidden list.

Change of Heart’s surprise return to Yu-Gi-Oh! comes as the popular card game now sees more ways than ever for people to duel with other players around the world. The release of Yu-Gi-Oh! Master Duel earlier this year saw millions of players downloading it across multiple platforms, and Yu-Gi-Oh! Duel Links has remained a popular way for players to experience the game on mobile devices with a more anime-focused title. Change of Heart will come back into a game that has changed significantly, both in gameplay and ways to play, since it was banned in the mid-2000s.

Michael Ingram is a writer and a gamer whose first memories with video games come from being a four-year-old playing Sonic the Hedgehog on his brother’s Sega Genesis and Pokemon Red on his Game Boy Color. He is a noted RPG buff whose lists some of his favorite franchises as Persona, Tales, and Fire Emblem. Alongside his lifelong love for video games, Michael is a passionate fan of anime, hockey, and card games, particularly Yu-Gi-Oh. Michael is also an avid hobby writer, regularly posting his fiction and a variety of others to his “lordtakuro” Twitter page.

What song will save you from Vecna? Spotify can now tell you