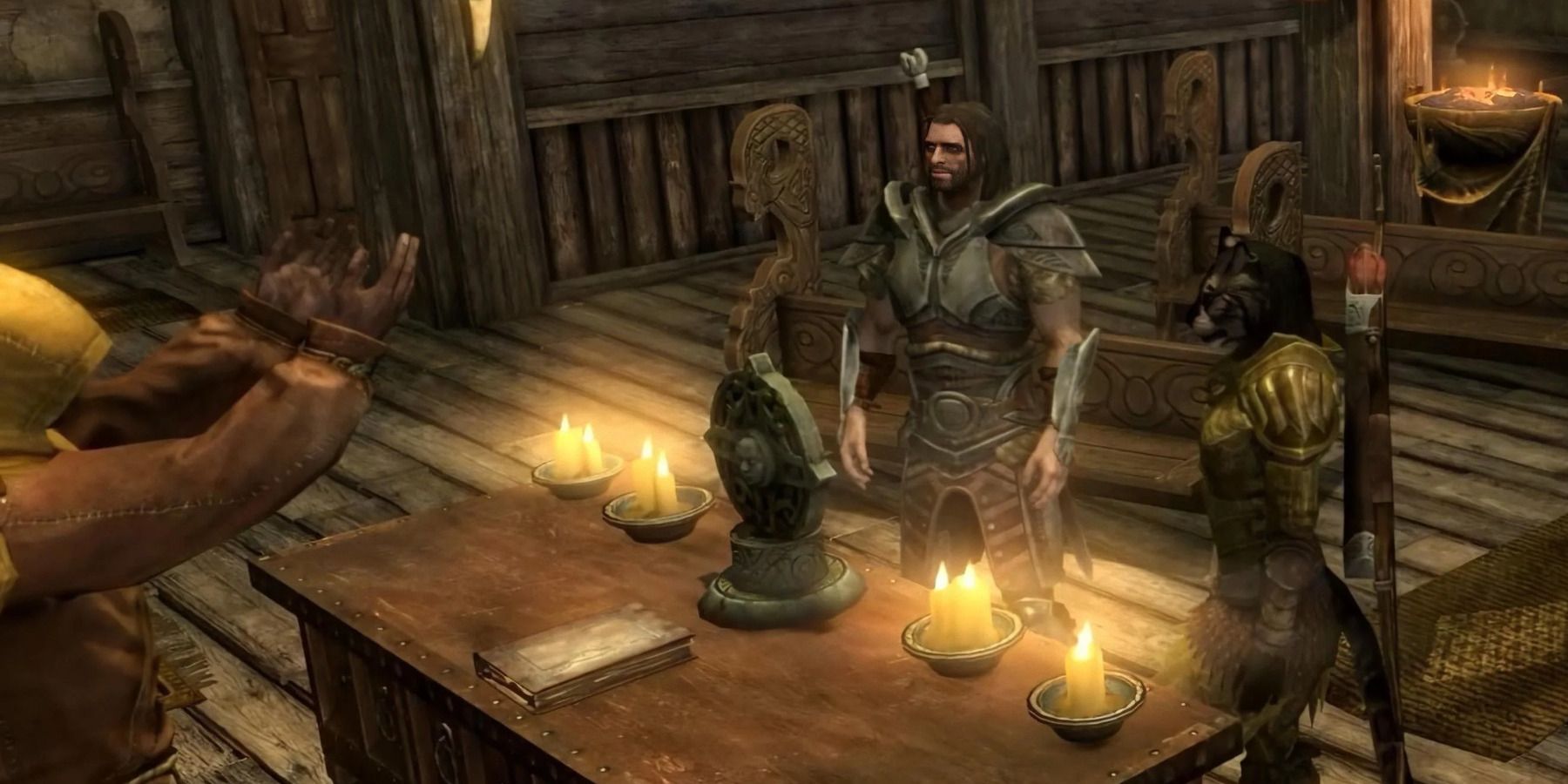 Weddings are meant to be a momentous and beautiful occasion, and those in Skyrim are no different. However, one wedding in Skyrim went horribly wrong when every guest seemingly attacked each other for no reason.

In Skyrim, players can choose from a list of certain NPCs that are available for marriage. A player must give the NPC an Amulet of Mara, then a wedding will be held at the Temple of Mara in Riften. Weddings in Skyrim are usually a pretty quiet affair with some NPCs the player has met on their journey attending the ceremony. Once married, the player’s spouse will live in their in-game home, open a shop, and can cook meals for the player.

Reddit user Cyd02 posted a video to the Skyrim subreddit from their wedding where the guests are all in combat. One Skyirm wedding guest is seen on the ground dead and a child stands on the sidelines as if nothing is wrong as the chaos ensues. In the comments, Cyd02 explains that this all began when they ordered their follower, Inigo, to attack someone, and then refused to go with the guards when they showed up.

Romance options in Skyrim are plentiful, as are the outcomes of the wedding itself when the characters are provoked. The AI in Skyrim is very sensitive, and any character can fight back if needed, with children being an exception. One order from Cyd02’s follower and the chaos erupted without any signs of stopping until the player reloads, their character dies, or all the wedding attendees are killed.

It’s a funny clip with an outcome that is predictable for Skyrim since there is nothing preventing Cyd02 from beginning a fight at their own wedding. It’s unclear in all the chaos whom the player was even marrying, but it doesn’t seem to matter. The expectations around weddings, even in video games, are that they are meant to be moments where nothing should go this wrong, but at Skyrim, weddings anything is possible.

Getting married in Skyrim is a great opportunity for a player to have a romantic relationship with their favorite NPC, as long as they are eligible for marriage and if they are a follower, they live long enough to attend the wedding. It’s also a great way to find inspiration for fans to plan their own Skyrim-themed weddings, with hopefully less chaos in real-life than Cyd02’s wedding in the game.

The Elder Scrolls 5: Skyrim is available on PC, PS4, Switch, and Xbox One

MORE: Skyrim: 10 Characters You Can’t Romance (But Should Be Able To)