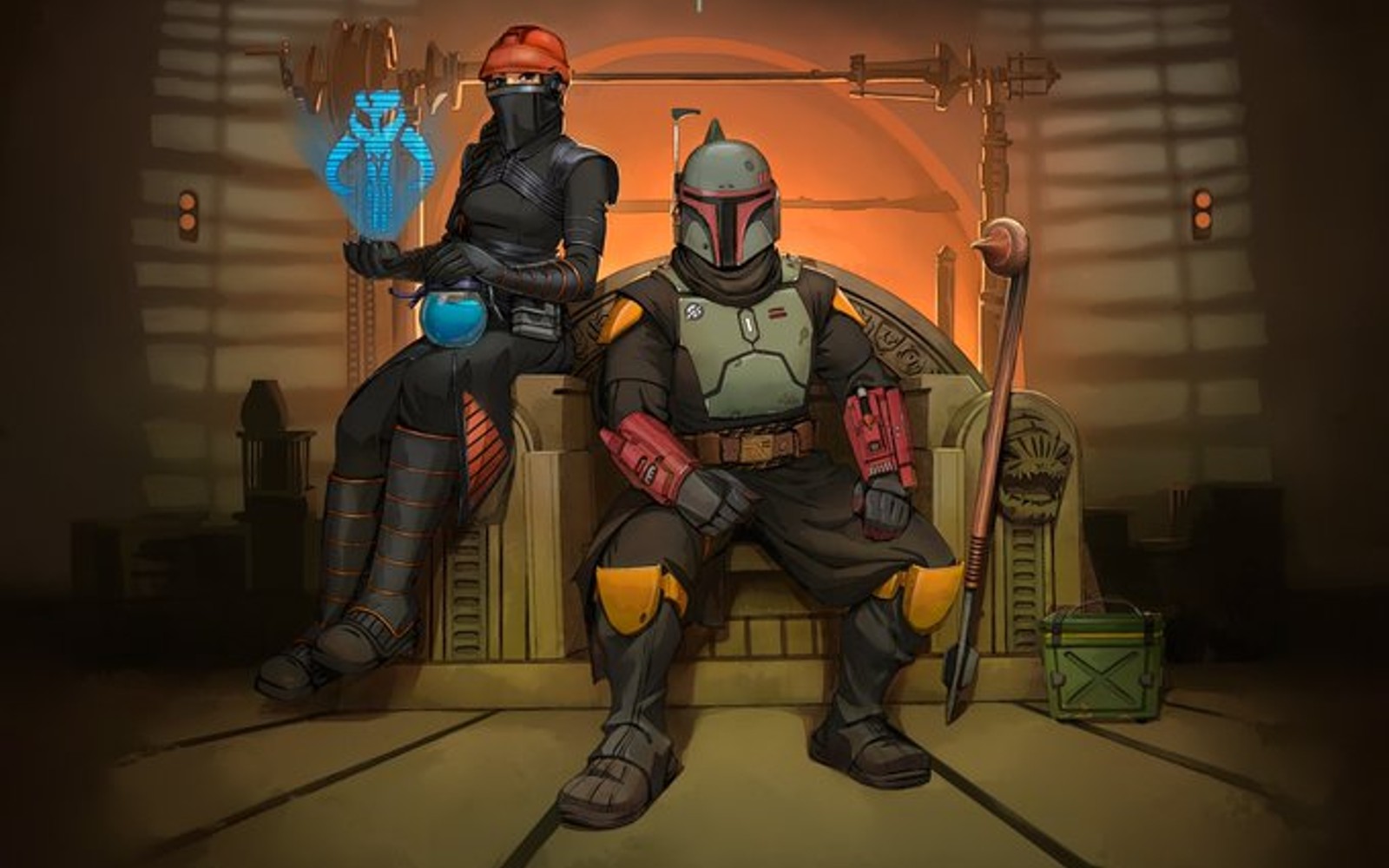 Move over, Mando. It’s Boba Fett’s time to run amok in Fortnite. Epic Games will add the bounty hunter on December 24th at 7PM ET. That’s the weekend before The Book of Boba Fett makes its Disney+ debut on December 29th. Epic hasn’t said much more about the crossover, but judging by the teaser art the studio shared, Fett’s partner Fennec Shand will also make an appearance. Whether it will offer skins of both characters for players to purchase, Epic hasn’t said yet, but that’s probably a safe bet.

The announcement comes on the same day Disney shared all of its Disney+ Day news. That includes first looks at Obi-Wan Kenobi and Baymax!, and early details on a dozen new Marvel shows coming to the streaming service in 2022 and beyond. Ahead of the premiere of The Book of Boba Fett, Star Wars fans can watch Under the Helmet: The Legacy of Boba Fett. The documentary details the history of the character and is available to watch on Disney+ now.