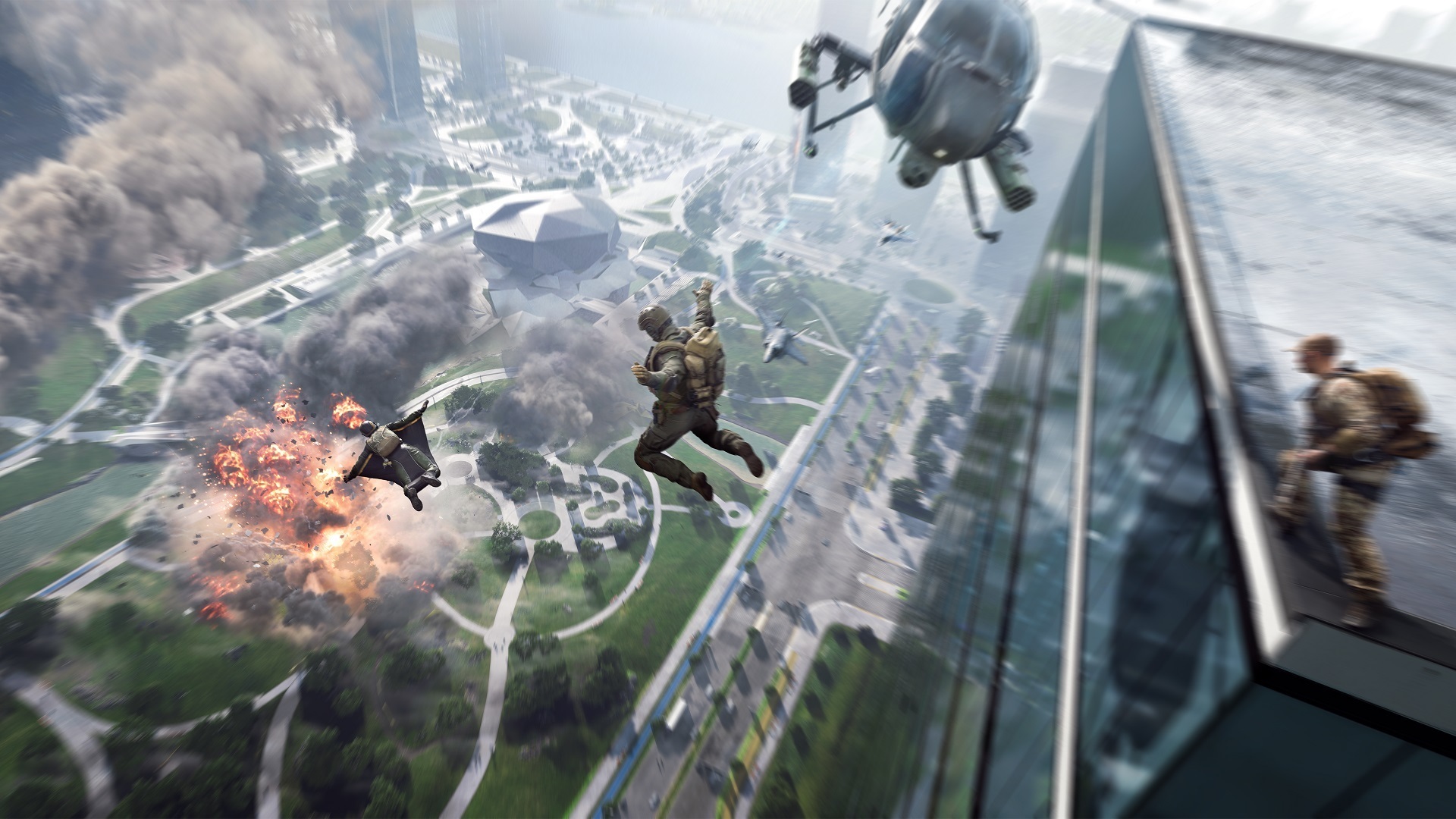 Battlefield 2042 has had its fair share of technical issues since its early launch on November 12 for Gold and Ultimate players, but most are nowhere near as fun as the game’s gravity-defying hovercraft. Videos emerging on social media have shown the game’s hovercraft scaling sheer cliffs, driving right up the sides of buildings, and in one case managing to take down a helicopter while flying through the air.

While the multiplayer-only Battlefield 2042 is still in limited release, available to players with the Gold and Ultimate editions of the game, and as a 10-hour free trial for EA Play members, there’s still plenty of footage of the game’s overpowered hovercraft going around.

Videos posted to social media show the vehicles, which are only meant to hover a short distance above the ground, crawling up the side of buildings and flying through the air. While some players argue that the hovercrafts are a lot more fun this way, others on social media have called for the vehicles to be nerfed, or disabled until the issues can be fixed.

Battlefield 2042 launched with a list of known issues, with DICE also encouraging players to make bug reports for any others they encounter in game. A number of fixes and temporary changes have already been pushed live ahead of the game’s full release on November 19, though it’s unclear if DICE will do anything about the game’s wall-climbing hovercraft ahead of that date.

Fanatical Bundlefest: Get 8 PC Games For $4

James Cameron explains why he keeps making more Avatar movies: “I just want to continue with this family”